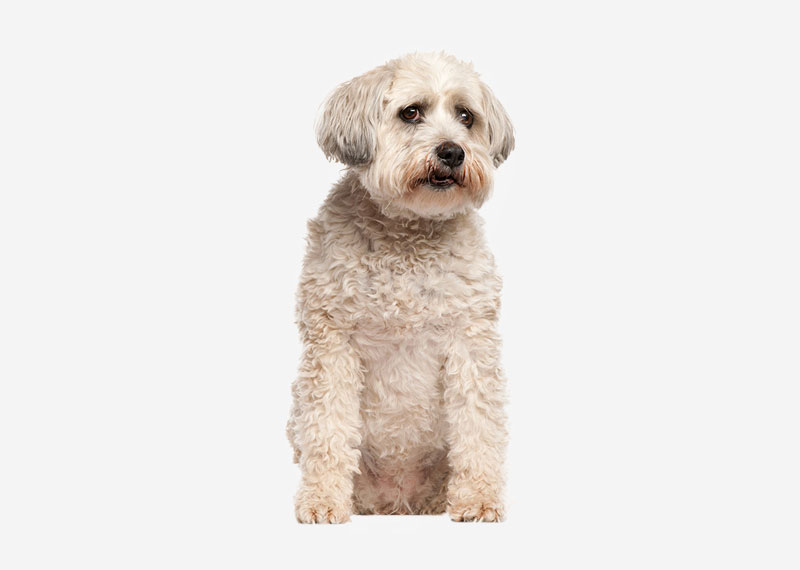 The Soft-coated Wheaten Terrier is a pure bred dog originating from Ireland. The four coat varieties are: Traditional Irish, Heavy Irish, English, and American. These dogs have a single coat which sheds very little hair, so they can be more easily tolerated by people allergic to other breeds.

The Wheaten was bred in Ireland for over 200 years to be an all-purpose farm dog whose duties included herding, watching and guarding livestock, and vermin hunting and killing. They share a common ancestry with the Kerry Blue Terrier and the Irish Terrier but were not owned by gentry. Today, Wheaten terriers compete in obedience, agility, and tracking and are occasionally used in animal-assisted therapy as well. In Ireland, they were commonly referred to as the "Poor Man's Wolfhound." Their tails used to be docked to avoid taxes and were often kept to a specific size.

Despite its long history, the Wheaten was not recognised as a breed in Ireland by the Irish Kennel Club until 1937. In 1943, the British Kennel Club recognised the breed in the UK as well. The first Wheatens were exported to Lydia Vogel in the United States in the 1940s, but serious interest in the breed took another ten years to develop. Finally, in 1973, they were recognised by the American Kennel Club. In the 1970s, the first Wheatens were imported into Australia by Anubis Kennels. Since then, many more have been imported. Recent importation of Irish-style dogs have improved and broadened the gene pool.

Soft-coated Wheaten Terriers are generally a long-lived breed. They are susceptible to various heritable diseases, although are most known for two protein wasting conditions: protein-losing nephropathy (PLN), where the dogs lose protein via the kidneys; and protein-losing enteropathy (PLE), where the dogs fail to fully absorb protein in their digestive tracts, causing it to pass in their stool. Both PLN and PLE are potentially fatal, but if caught early enough, can sometimes be managed with strict dietary changes and pharmaceuticals. Laboratory tests can aid in diagnosing PLN and PLE; Wheaten owners should check their country's advised testing protocols. These conditions have an unknown mode of inheritance, but research programs, mainly in the United States and the United Kingdom, are looking for answers.

Other Wheaten health issues are renal dysplasia, inflammatory bowel disease, Addison's disease, and cancer. Some Wheatens can suffer from food and environmental allergies. Potential owners of Wheaten Terriers should discuss health issues with the breeder before deciding to get a puppy. The Soft-coated Wheaten Terriers are prone to developing the skin disease atopic dermatitis.