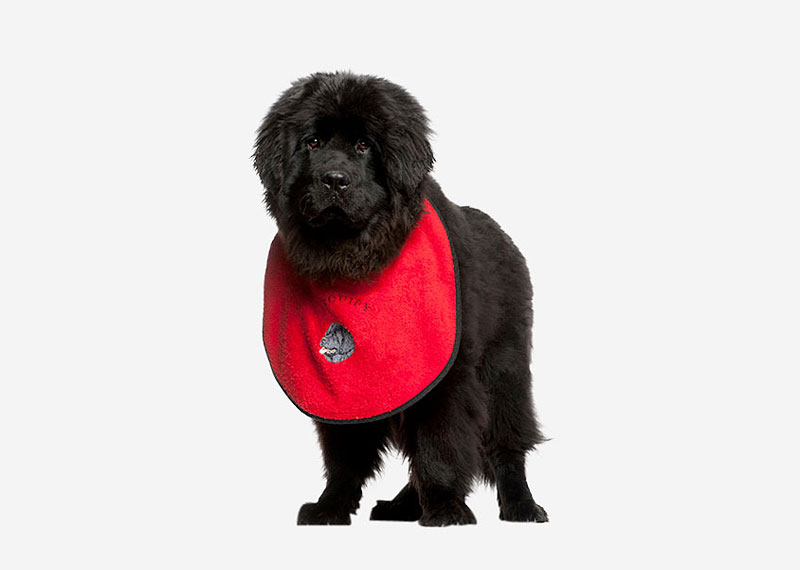 The Newfoundland is a large working dog. Newfoundlands can be black, brown, white and black (called Landseer) or gray. However, in Canada, the country of their origin, the only correct colours are black (including black with white markings) and white and black (Landseer). They were originally bred and used as a working dog for fishermen in the Dominion of Newfoundland (which is now part of Canada). They are known for their giant size, intelligence, tremendous strength, calm dispositions, and loyalty. Newfoundland dogs excel at water rescue/lifesaving because of their muscular build, thick double coat, webbed feet, and innate swimming abilities.

There are several health problems associated with Newfoundlands. Newfoundlands are prone to hip dysplasia (a malformed ball and socket in the hip joint). They also get Elbow dysplasia, and cystinuria (a hereditary defect that forms calculi stones in the bladder). Another genetic problem is subvalvular aortic stenosis (SAS). This is a common heart defect in Newfoundlands involving defective heart valves. SAS can cause sudden death at an early age. It is common that "Newfs" live to be 8 to 10 years of age; 10 years is a commonly cited life expectancy.

The Newfoundland shares many traits with other mastiffs, such as the St. Bernard and English mastiff, including stout legs, massive heads with very broad snouts, a thick bull neck, and a very sturdy bone structure. In fact, many St. Bernard Dogs have Newfoundland Dog ancestry. Newfoundlands were brought and introduced to the St. Bernard breed in the 18th century when the population was threatened by an epidemic of distemper. They share many characteristics of many mountain dog breeds such as the Great Pyrenees.

The speculation that Newfoundlands may be partly descended from big black bear dogs introduced by the Vikings in 1001 A.D. is based more in romance than in fact.

By the time colonization was permitted in Newfoundland in 1610, the distinct physical characteristics and mental attributes had been established in the Newfoundland breed. In the early 1880s, fishermen and explorers from Ireland and England traveled to the Grand Banks of Newfoundland, where they described two main types of working dog. One was heavily built, large with a longish coat, and the other medium-sized in build – an active, smooth-coated water dog. The heavier breed was known as the Greater Newfoundland, or Newfoundland. The smaller breed was known as the Lesser Newfoundland, or St. John's dog. The St. John's dog became the founding breed of the modern retrievers. Both breeds were used as working dogs to pull fish nets, with the Greater Newfoundland also being used to haul carts and other equipment.

Because of that, they were part of the foundation stock of the Leonberger (which excelled at water rescue and was imported by the Canadian government for that purpose); and the now extinct Moscow Water Dog, a failed attempt at creating a lifesaving dog by the Russian state kennel—the unfortunate outcross with the Caucasian Ovcharka begat a biting and not a rescuing dog.

Many tales have been told of the courage displayed by Newfoundlands in adventuring and lifesaving exploits. Over the last two centuries, this has inspired a number of artists, who have portrayed the dogs in paint, stone, bronze and porcelain. One famous Newfoundland was a dog named Seaman, who accompanied American explorers Lewis and Clark on their expedition.

The breed's working role was varied and another famous all black Newfoundland performed as the star attraction in Van Hare's Magic Circus from 1862 and for many years thereafter in one England's founding circus acts, traveling throughout Europe. The circus dog was known as the "Thousand Guinea Dog Napoleon" or "Napoleon the Wonder Dog". Van Hare trained other Newfoundland dogs to perform a steeplechase routine, with baboons dressed up as jockeys to ride them. Nonetheless, his "wizard dog" Napoleon was his favorite and would compete at jumping against human rivals, leaping over horses from a springboard, and dancing to music.

The breed prospered in the United Kingdom, until 1914 and again in 1939, when its numbers were almost fatally depleted by wartime restrictions. Since the 1950s there has been a steady increase in numbers and popularity, despite the fact that the Newfoundland's great size and fondness for mud and water makes it unsuitable as a pet for many households. 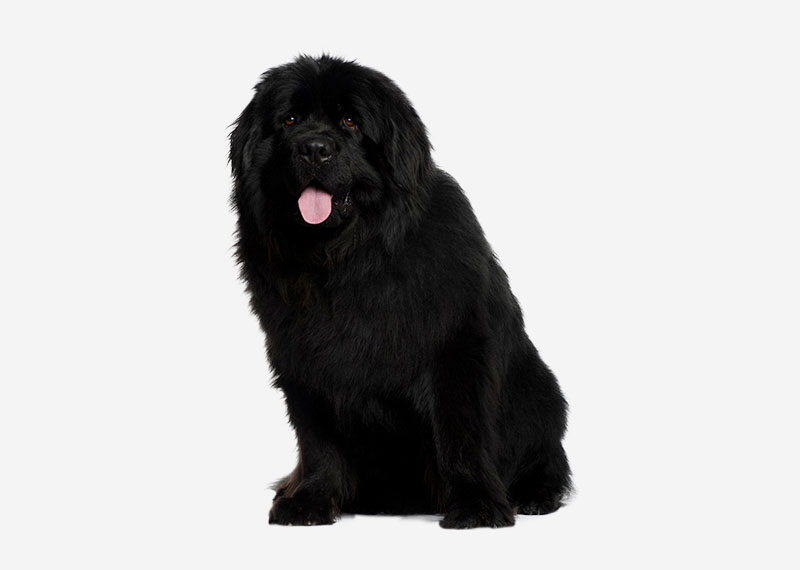