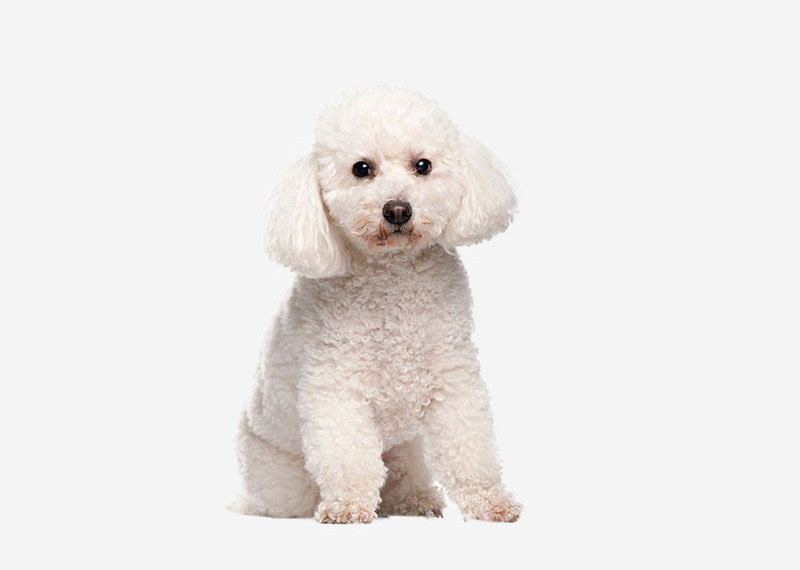 A Bichon Frisé (/ˈbiʃɒn ˈfriz/ or /ˈbiʃɒn frɪˈzeɪ/; French, meaning curly lap dog), is a small breed of dog of the Bichon type. The Bichon Frise is a member of the Non-Sporting Group of dog breeds in the US, and a member of the Toy Dog group in the UK.

The Bichon Frisé descended from the Barbet or Water Spaniel and the Standard Poodle. The word bichon comes from Middle French bichon ("small long-haired dog"), a diminutive of Old French biche ("bitch, female dog"), from Old English bicce ("bitch, female dog"), related to Old Norse bikkja ("female dog") and German Betze ("female dog"). Some speculate the origin of bichon to be the result of the apheresis, or shortening, of the word barbichon ("small poodle"), a derivative of barbiche ("shaggy dog"); however, this is unlikely, if not impossible, since the word bichon (attested 1588) is older than barbichon (attested 1694). Bichons were first bred around the year 1300, in France; the queen at the time named them Bichon Frise. They were the result of breeding her poodle and a Maltese. They were the Queen's lapdog.

The Bichons were divided into four categories: the Bichon Maltese, the Bichon Bolognaise, the Bichon Havanese and the Bichon Tenerife. All originated in the Mediterranean area. Because of their merry disposition, they traveled much and were often used as barter by sailors as they moved from continent to continent. The dogs found early success in Spain and it is generally believed that Spanish seamen introduced the breed to the Canary Island of Tenerife. In the 14th century, Italian sailors rediscovered the little dogs on their voyages and are credited with returning them to the continent, where they became great favorites of Italian nobility. Often, as was the style of the day with dogs in the courts, they were cut "lion style," like a modern-day Portuguese Water Dog.

Though not considered a retriever or water dog, the Bichon, due to its ancestry as a sailor's dog, has an affinity for and enjoys water and retrieving. On the boats however, the dog's job was that of a companion dog.

The "Tenerife", or "Bichon", had success in France during the Renaissance under Francis I (1515–1547), but its popularity skyrocketed in the court of Henry III (1574–1589). The breed also enjoyed considerable success in Spain as a favorite of the Infantas, and painters of the Spanish school often included them in their works. For example, the famous artist, Francisco de Goya, included a Bichon in several of his works.

Interest in the breed was renewed during the rule of Napoleon III, but then waned until the late 19th century when it became the "common dog", running the streets, accompanying the organ grinders of Barbary, leading the blind and doing tricks in circuses and fairs.

On 5 March 1933, the official standard of the breed was adopted by the Société Centrale Canine, the national kennel club for France. This was largely due to the success of the French-speaking Belgian author Hergé's The Adventures of Tintin, which featured a small, fluffy, white fox terrier dog named Milou (Snowy in the English editions). As the breed was known by two names at that time, "Tenerife" and "Bichon", the president of the Fédération Cynologique Internationale proposed a name based on the characteristics that the dogs presented – the Bichon Frisé. ("Frisé" means "curly", referring to the breed's coat.) On 18 October 1934, the Bichon Frisé was admitted to the stud book of the Société Centrale Canine.

The Bichon was popularized in Australia in the mid-1960s, largely thanks to the Channel Nine mini-series Meweth, starring Bruce Gyngell alongside his pet Bichon, Molly. The show ran for one season only, however it gained a cult following. In subsequent years Bichon ownership, especially in the Eastern states, climbed dramatically.

The Bichon was brought to the United States in 1955. The first US-born Bichon litter was whelped in 1956. In 1959 and 1960, two breeders in different parts of the USA acquired Bichons, which provided the origins for the breed's development in the USA.

Bichon Frises often appear on lists of dogs that do not shed (moult). The grooming required to maintain the Bichon Frise's coat helps remove loose hair, and the curl in the coat helps prevent dead hair and dander from escaping into the environment, as with the poodle's coat. The frequent trimming, brushing, and bathing required to keep the Bichon looking its best removes hair and dander and controls the other potent allergen, saliva.

It is best to have a Bichon Frise groomed approximately every four to eight weeks. Daily brushing of the coat helps to prevent matting. If a Bichon's coat gets severely matted, they may develop a hematoma, most likely in the ears.

Bichon Frises are considered suitable for people with allergies, as they are bred to be hypoallergenic. It is important to note that human sensitivity to dog fur, dander, and saliva varies considerably. Although hair, dander, and saliva can be minimized, they are still present and can stick to "clothes and the carpets and furnishings in your home"; inhaling the allergens, or being licked by the dog, can trigger a reaction in a sensitive person.

The oldest Bichon Frises for which there are reliable records in various US/Canada surveys have died at 19 years.

In a 2004 UK Kennel Club survey, the leading causes of Bichon Frise death were old age (23.5%) and cancer (21%). In a 2007 USA/Canada breeders survey, the leading causes of death were cancer (22%), unknown causes (14%), hematologic (11%), and old age (10%). Hematologic causes of death were divided between autoimmune hemolytic anemia (AIHA) and immune-mediated thrombocytopenia (ITP). AIHA and ITP were responsible for the greatest amount of Bichon Frise "years lost." "Years lost" is a measure of the extent to which a condition kills members of a breed prematurely. While cancer is a more common cause of death than AIHA/ITP, Bichon Frises that died of cancer died at a median age of 12.5 years. Hematologic deaths occurred at a median age of only 5 years. Bichon Frises in the UK survey had a lower rate of hematologic deaths (3%) than in the USA/Canada survey (11%).

Bichons are also prone to liver shunts. These often go undetected until later in life, leading to complications that cannot be fixed, and therefore liver failure. Bichons who are underweight, runts of the litter, or have negative reactions to food high in protein are likely to be suffering from a shunt. When detected early, shunt often can be corrected through surgery. However, the later in life the shunt is detected, the lower the likelihood of surgery being a success. Shunts can be kept under control through special diets of low protein and through medications to support liver function, help flush toxins that build up in the kidneys and liver, and control seizures that often occur as a symptom of the shunt. Without surgery, Bichons with shunts on average live to be 4–6 years old. Owners of a smaller than average size bichon must consult a vet. Other symptoms include dark urine, lethargy, loss of appetite, increase in drinking. Seizures come in all forms; episodes of seizures can begin early on but go undetected. Early seizures can appear to be the bichon in a hypnotic state (staring at something not there), or to be experiencing an episode of vertigo, or being drunk. Shunts are a serious condition of smaller breeds, and often not associated with Bichons.

Because autoimmune hemolytic anemia (AIHA, also called immune-mediated hemolytic anemia, or IMHA) and immune-mediated thrombocytopenia (ITP) are responsible for premature Bichon Frise deaths, Bichon Frise owners should be particularly alert to the symptoms of these conditions. In AIHA, the dog's immune system attacks its own red blood cells, leading to severe, life-threatening anemia. Symptoms include weakness, loss of energy, lack of appetite, vomiting, diarrhea, rapid heart rate, rapid breathing, dark urine, and pale or yellow gums. Thrombocytopenia often accompanies AIHA. In ITP, blood platelets (which cause blood clotting) are destroyed. The most common clinical signs are hemorrhages of the skin and mucus membranes. Owners of Bichon Frises showing suspicious symptoms should seek immediate veterinary care as these diseases can strike with little or no warning and kill very quickly. Mortality rates of 20% to 80% are reported. 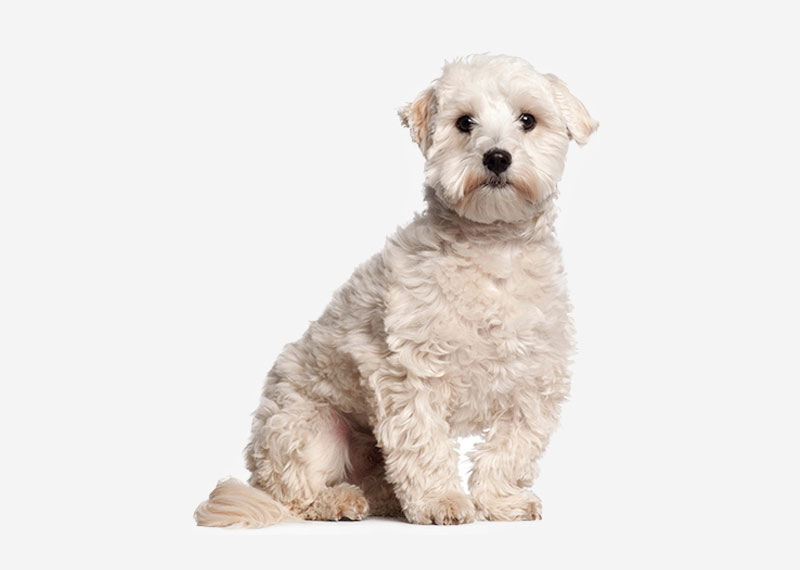 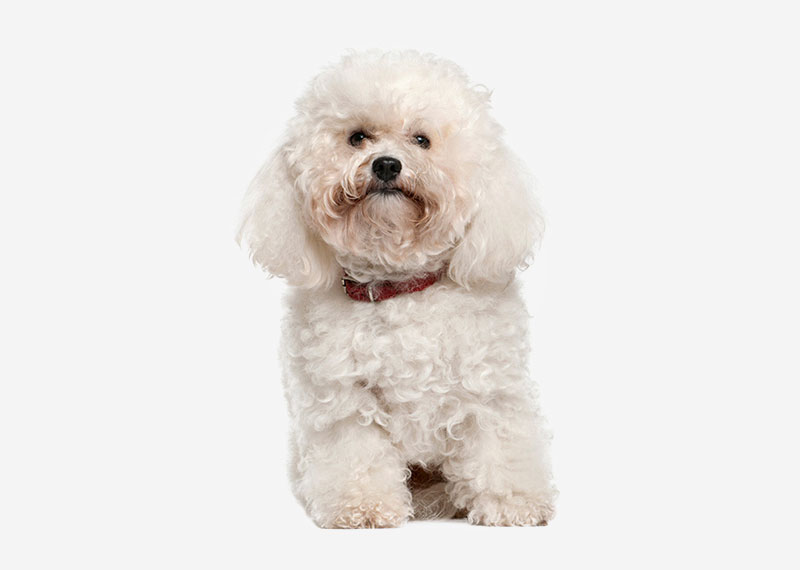 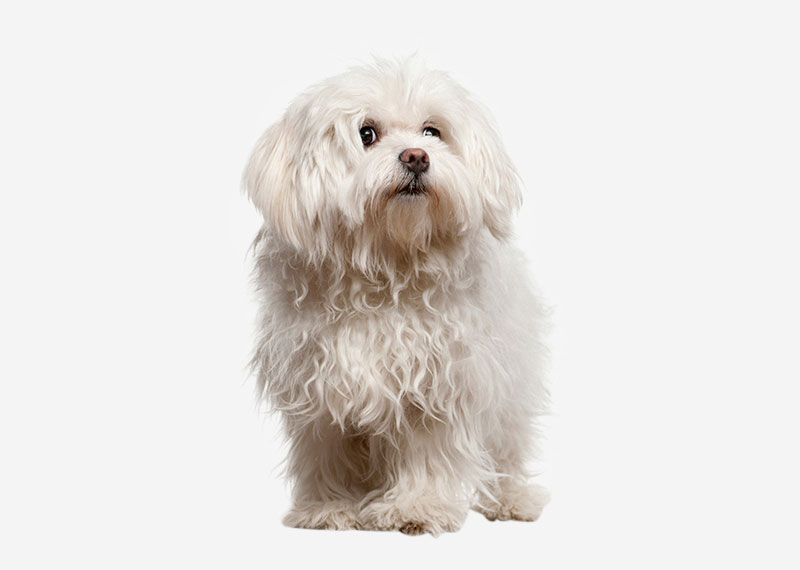 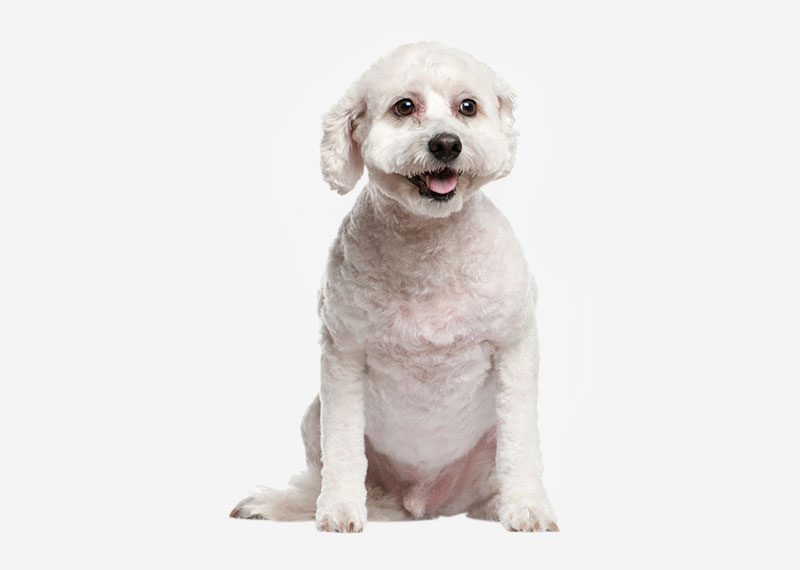 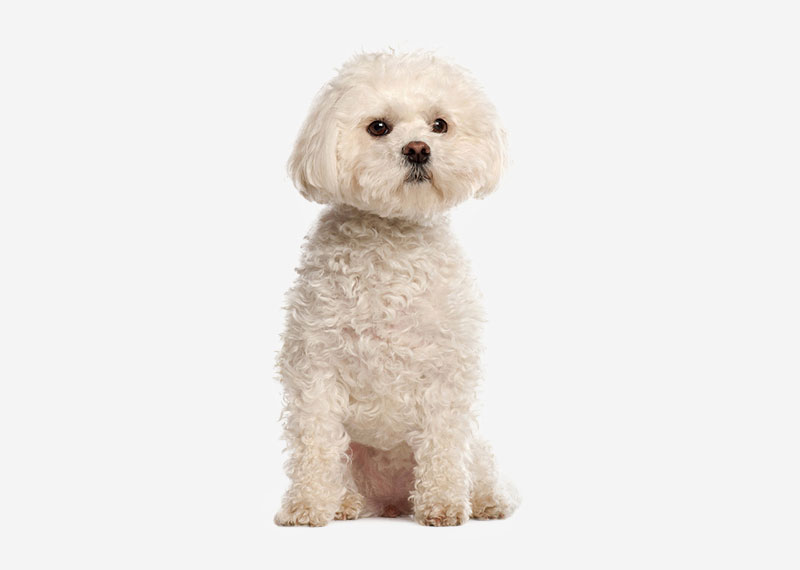 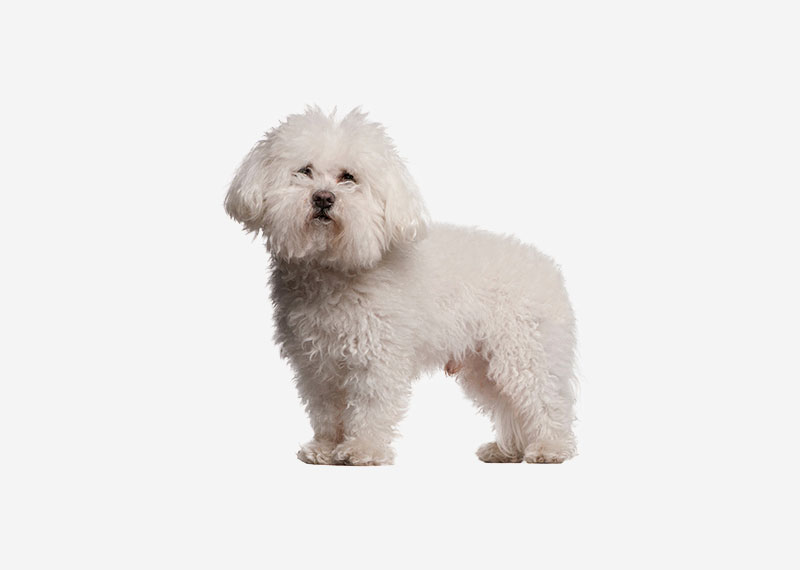 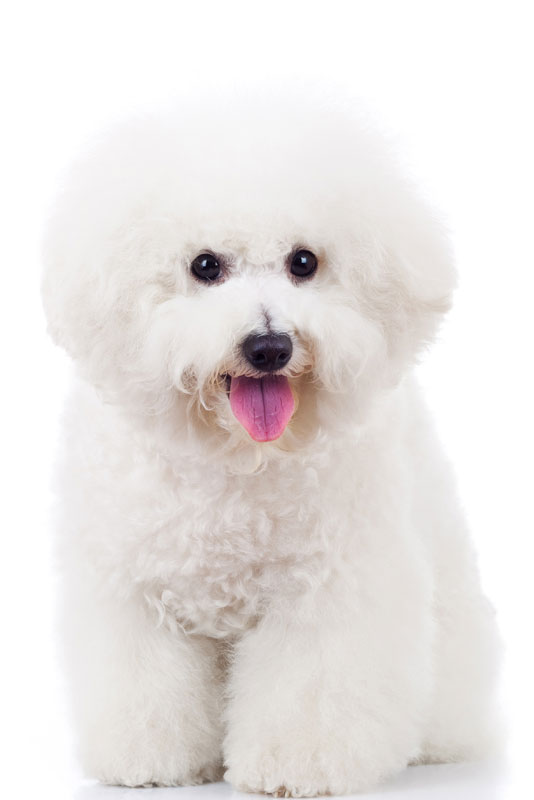