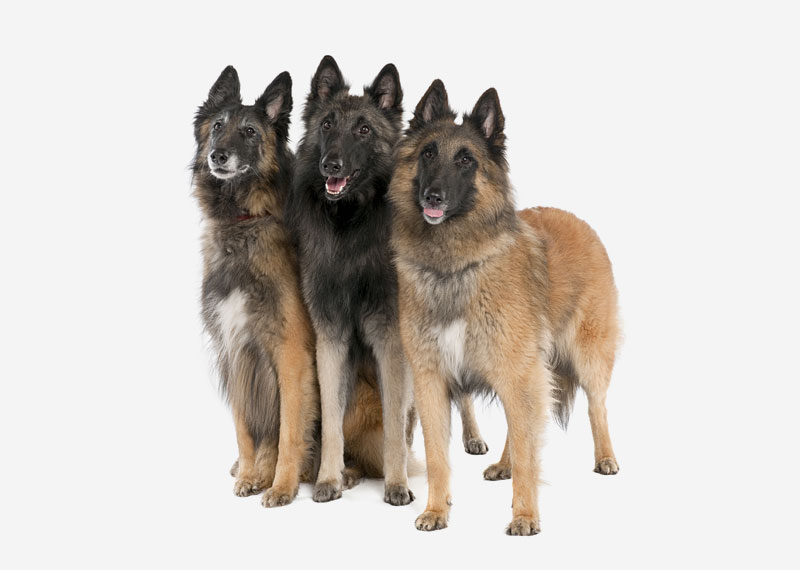 The Tervuren /tərˈvjʊrən/ (sometimes spelled Tervueren), is a member of the Belgian Shepherd family of dog breeds, named after a village in Belgium. Its classification varies, being classified under some breed standards as a breed in its own right, and in others as one of several acceptable variations of the Belgian. It is usually listed within breed standards under one or other, or a combination, of these names.

In the United States, since 1960, the AKC recognizes it under the name Belgian Tervuren. Prior to that date, all recognized varieties of the Belgians were called Belgian Sheepdog.

Generally healthy, but Tervurens can have a susceptibility to hip dysplasia, epilepsy, gastric problems (including bloats and torsions) and some eye and skin problems.

The Tervuren has a thick, double coat similar to the Groenendael. Regular brushing is necessary to remove loose undercoat, but in general, the fur is not prone to matting but occasionally, they can get hairballs. A properly textured Tervuren coat is slightly hard, laying flat against the body (unlike, for instance, the Samoyed's off-standing fur). It naturally sheds dirt and debris, but burrs and seeds may stick to the feathering on the legs.

The Tervuren is shown in a natural state, with minimal trimming and cosmetic products. Bathing, brushing, and trimming the fur on the feet with scissors to emphasize their tight, cat-footed shape is the extent of most exhibitors' grooming routines. Products that alter the coloration of the coat and masking are not allowed in the ring. 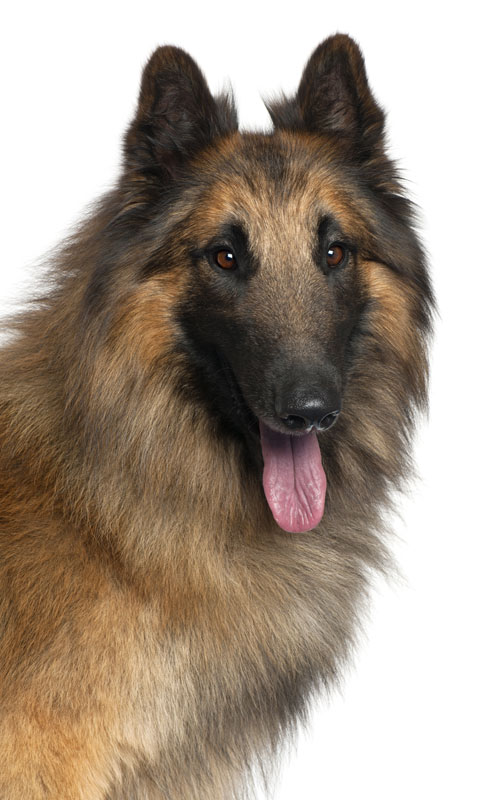 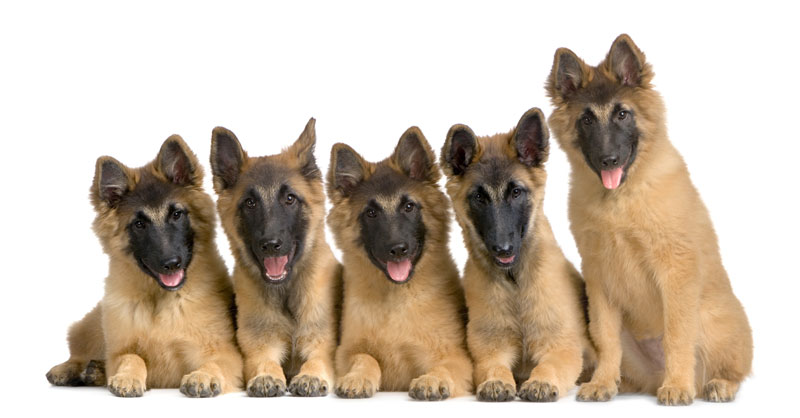