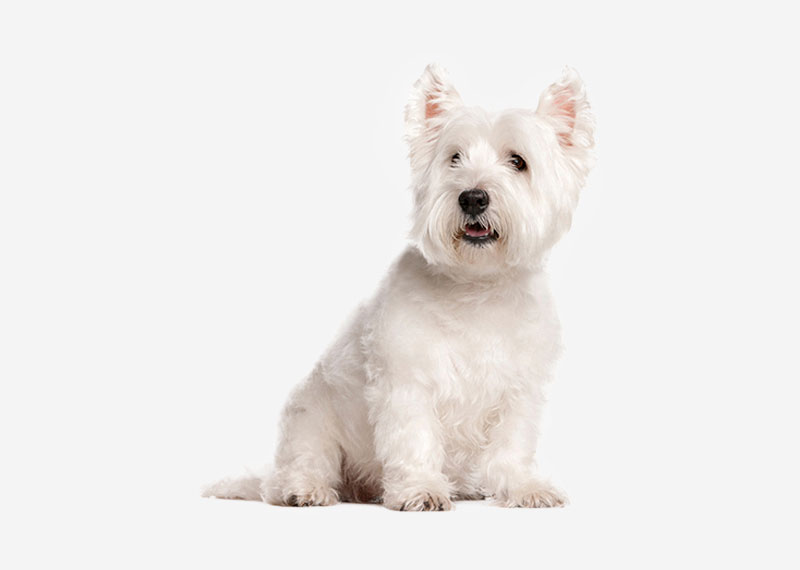 The West Highland White Terrier, commonly known as the Westie or Westy, is a Scottish dog breed with a distinctive white coat. The modern breed is descended from a number of breeding programs of white terriers in Scotland prior to the 20th century. Edward Donald Malcolm, 16th Laird of Poltalloch, is credited with the creation of the modern breed from his Poltalloch Terrier, but did not want to be known as such. Other related breeds included George Campbell, 8th Duke of Argyll's Roseneath Terrier and Dr. Americ Edwin Flaxman's Pittenweem Terriers. The breeds of small white Scottish terriers were given its modern name for the first time in 1908, with recognition by major kennel clubs occurring around the same time.The breed remains very popular in the UK and is in the top third of all breeds in the US since the 1960s. It has been featured in television and film including in Hamish Macbeth (TV series) and in advertising by companies such as Cesar dog food and Scottish whisky Black & White (whisky). It is a medium-sized terrier, although with longer legs than other Scottish breeds of terrier. It has a white double coat of fur which fills out the dog's face giving it a rounded appearance. The breed can be good with children, but will not always tolerate rough handling. The Westie is an active breed, but are social with a high prey drive, as they were once used to hunt rodents.Several breed-specific and non-specific health issues appear in the breed including a condition in young dogs nicknamed "Craniomandibular osteopathy" which causes an overgrowth of bone in the jaw of the dog. It is also prone to skin disorders, with a breed-specific condition called Hyperplastic Dermatosis occurring. They are very energetic and need plenty of exercise. Cousin to the "Scotty", the Westie was bred to hunt small rodents at places such as farms.

Scottish white terriers were recorded as early as during the reign of James VI of Scotland, who reigned between 1567 and 1625. The king ordered that a dozen terriers be procured from Argyll to be presented to the Early modern France as a gift. Sandy and brindle coloured dogs were seen as hardier than those of other colours, and white dogs were seen as being weak. At various times during the breed's existence, it has been considered a white offshoot of both the Scottish Terrier and the Cairn Terrier breeds. Other families on Skye preserved both white and sandy coloured dogs. One such family was the Clan MacLeod, and it was reported by their descendants that at least two Chiefs of Clan MacLeod kept white terriers, including "The Wicked Man" Norman MacLeod (The Wicked Man), and his grandson Norman who became Chief after his death. Another breed of white Scottish terriers also appeared at this point, with Dr. Americ Edwin Flaxman from Fife developing his line of "Pittenweem Terriers" out of a female Scottish Terrier which produced white offspring.The person most closely associated with developing the modern breed of West Highland White Terrier is Edward Donald Malcolm, 16th Laird of Poltalloch. Malcolm owned terriers used to work game, the story told is that a reddish-brown terrier was mistaken for a fox and shot. Following this Malcolm decided to develop a white terrier breed, which became known as the "Poltalloch Terrier". The first generation of Poltallochs had sandy coloured coats, and had already developed prick ears which is a trait seen later in the modern breed.The first breed club was set up in 1904; Niall Campbell, 10th Duke of Argyll, was the society's first president. A second club was subsequently set up, with the Countess of Aberdeen as Chairman. Edward Malcolm succeeded the Countess as the club's second chairman. The Kennel Club recognition followed in 1907, and the breed appeared at Crufts for the first time in the same year. The breed spent the period that immediately followed as being "in vogue", becoming popular almost immediately upon its arrival in the US. The same title was taken by Barbara Worcester's Ch. Elfinbrook Simon in 1962. It took a further fourteen years before the breed took its first Best in Show title at Crufts, the UK's major dog show. Ch. Dianthus Buttons, owned by Kath Newstead and Dorothy Taylor, took the title for the breed in 1976. The most recent win for the breed at a major show was again at Crufts, this time in 1990 with the Best in Show title going to Derek Tattersall's Ch. Olac Moon Pilot.The popularity of the breed during the early 20th century was such that dogs were being exchanged for hundreds of Guinea (British coin). As of 2010, the Westie is the third most popular breed of terrier in the UK, with 5,361 puppies registered with the Kennel Club. However, this is a decrease in numbers since 2001, when it was the most popular terrier breed, with 11,019 new dogs registered. The breed's position in the United States is more stable with it remaining in the top third of all breeds since around 1960. 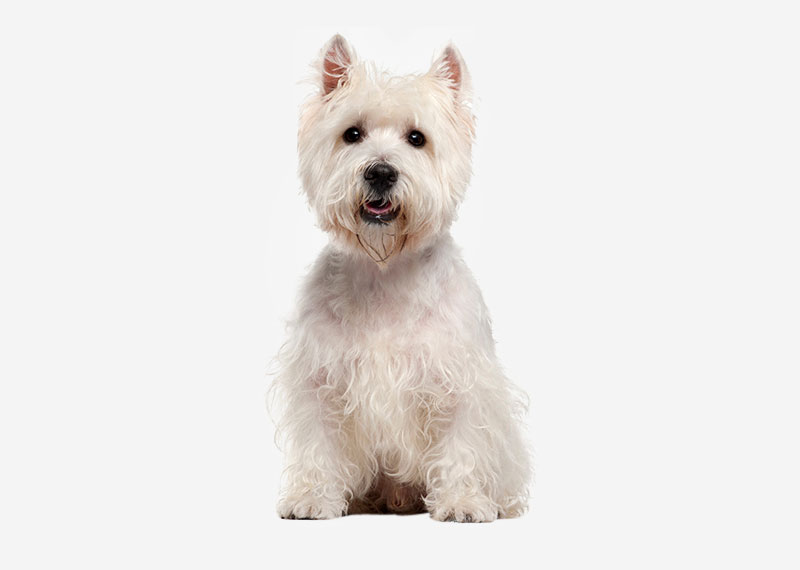 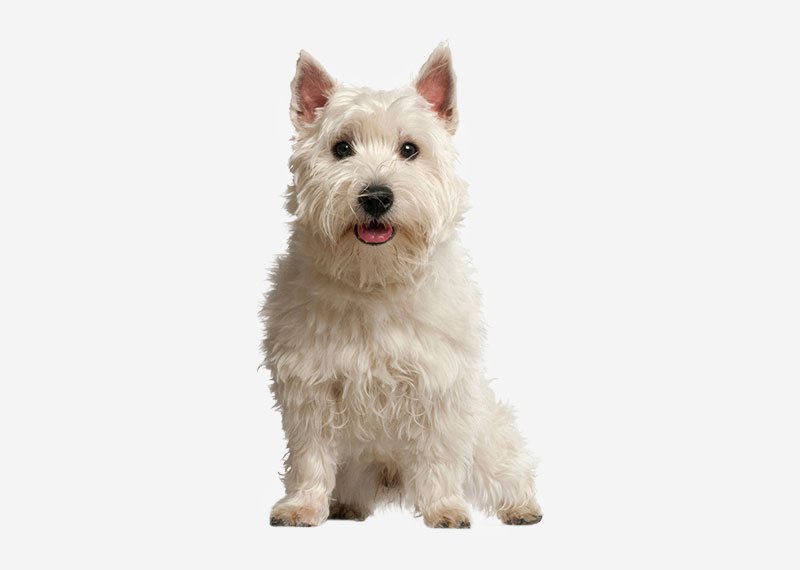 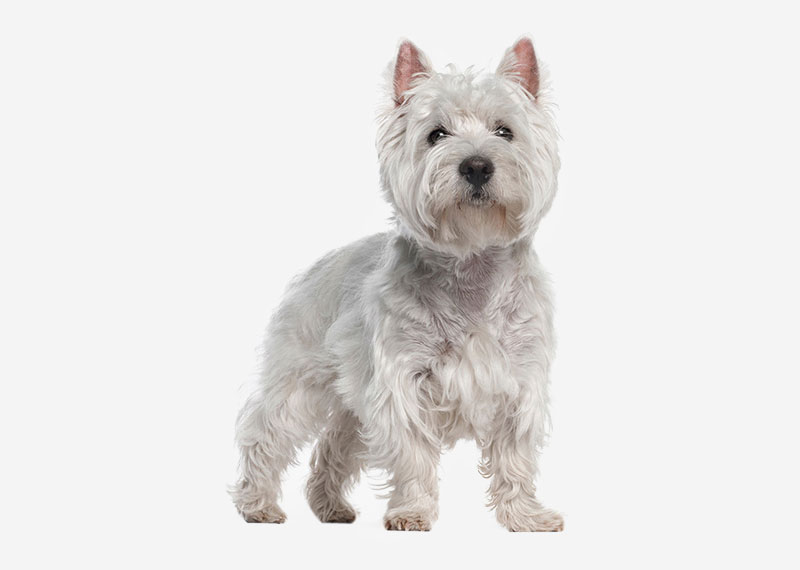 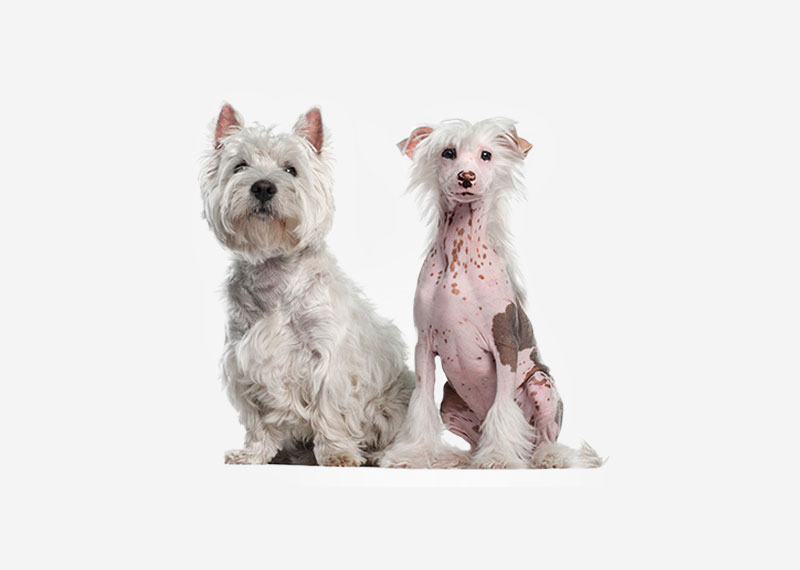 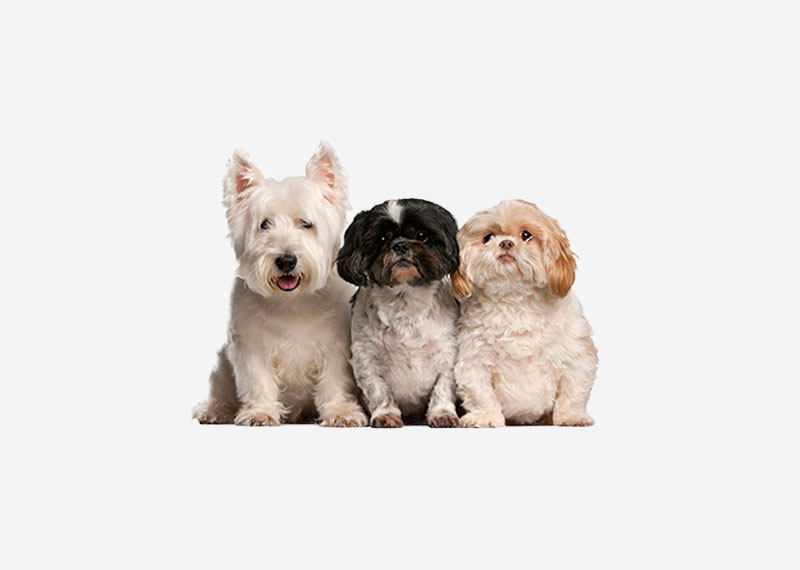