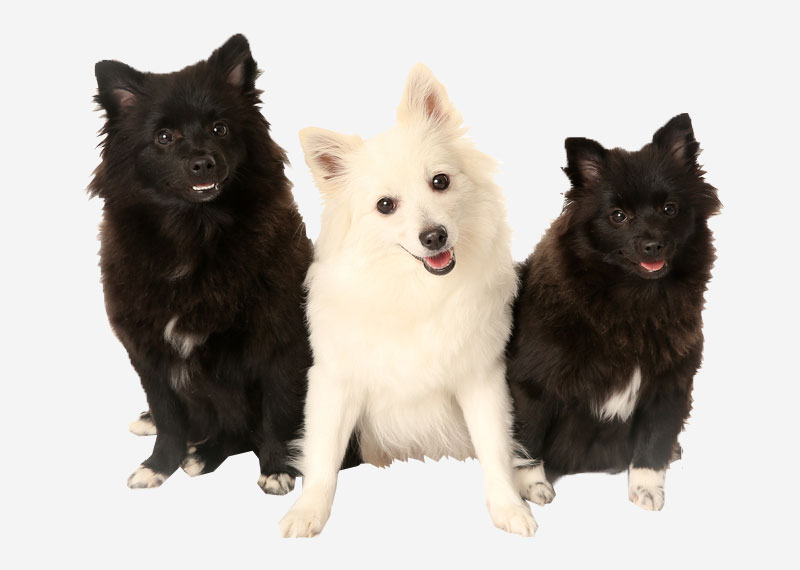 A Volpino Italiano (literally, "Italian foxy") is a spitz type breed of dog originally from Italy.

Spitz-type dogs were found throughout the ancient world. Specimens from this group have been found preserved in European peat bogs which anthropologists trace to 4000 BC. The remains—with curly tails, foxy heads, and small erect ears—have been found dating back over 5,000 years. These little pets wore decorative ivory bracelets and collars. Engravings of similar dogs were found in Greece, and these have been determined to date to about 400 BC.The Volpino has been known and loved by Italian royalty for centuries, being a special favorite of the ladies. Although bearing a strong resemblance to the Pomeranian, the breed is much older and thus has a different background. The northern dogs found their way south very early in the history of domesticated dogs. The Keeshond is called a Lupino or a Volpino in Italian, meaning respectively wolfy and foxy (dog is understood). Despite his long history, the Volpino is unknown outside of Italy and is now quite rare even in his homeland.Despite its small size, this dog was originally kept as a guard dog. Its job was to alert the large mastiffs to an intruder. However, due to their lovely temperament and intelligence they also became popular as pets. For unknown reasons the breed's popularity dropped and in 1965 the last dogs were registered. In 1984 an attempt was made to revive the breed. The dogs still living as guard dogs on farms became the new breeding stock. Volpinos remain rare with about 2000 dogs world wide. Most are in Italy but some people are now breeding them in Scandinavia, the UK and the USA. A 2006 survey of kennel clubs found an average of 120 puppies registered each year in Italy (with ENCI) and a total of 200-300 registered each in Sweden, Norway and Finland.

The basic well being and health of the Volpino Italiano breed is far better than with most dogs. However they are not immune to genetic and other diseases.At this point in time (Mid 2013) The greatest threat facing this race is the genetic mutation of the eye lens called Primary Lens Luxation (PLL). This is an extrememly painful disease that manifests itself when the Zonal cords holding the lens in place 'weakens' and breaks' at a genetically pre determined time (usually about 4 to 8 years old. Once the Zonal cords breaks the lens begins to move in to the interior of the eye increasing the pressure in the eye and causing the animal great pain. Because of the expense in removing the lens or the eyes the animal is usually euthanized. 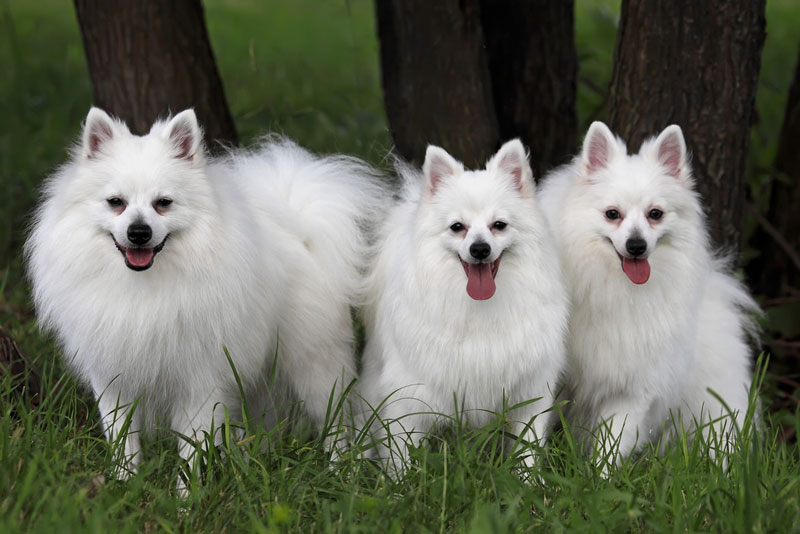