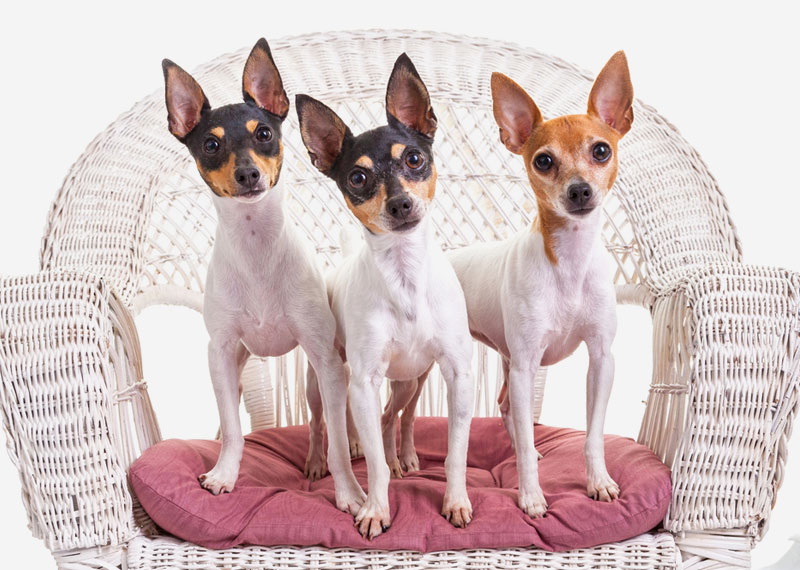 The Toy Fox Terrier is a small terrier breed of dog, directly descended from the larger Fox Terrier but considered a separate breed.