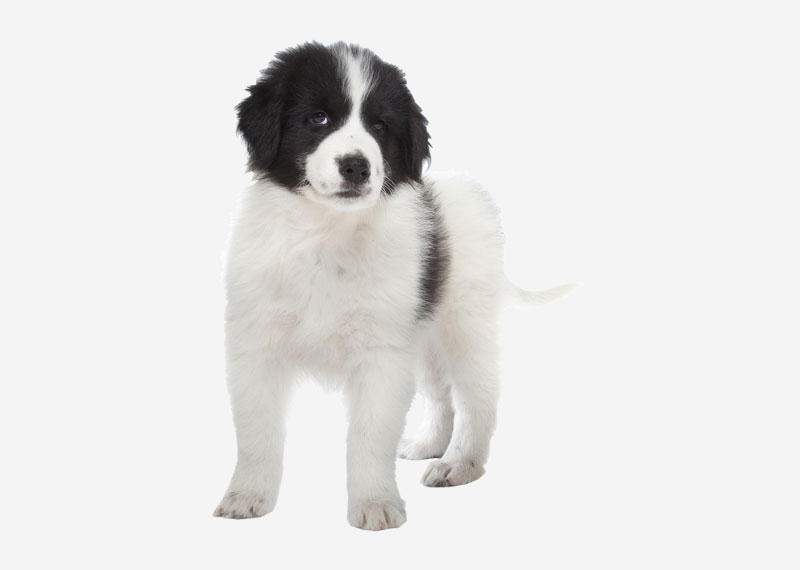 The Tornjak is a mountain Livestock guardian dog native to Bosnia and Herzegovina and Croatia. FCI #355 as Bosnian-Herzegovinian and Croatian Shepherd Dog (official English name) or Tornjak (official original name).

Tornjaks belong to the rare Livestock guarding dog and share many characteristics with other Mountain dogs. The Tornjak is one of the very old breeds from ancient times, and it was mentioned in handwritten papers for the first time in the 9th century, in the documents of the Catholic Church.
The breed was later mentioned in the 11th and 14th century. Description of Tornjak's from these documents are the very same as they are today, except for the name of the breed, which was Bosanski Ovčar, meaning Bosnian Shepherd Dog. It was also called the Hrvatski pas planinac, meaning Croatian mountain dog. The dogs in these documents were described entirely equal (in respect to their function and their appearance) as they are today: a protective guarding dog which keeps and watches all what their owners ask from them, but highly intelligent and selectively bred to be without excessive aggression. They are also pleasant against strangers that they meet outside of their domain.It is considered that the dogs of the Tornjak's type have existed in the area around and in Dinarides (Dinaric Alps), especially in the region around Vlašić (close to the city of Travnik, Bosnia and Herzegovina) as a central area of the region since the Roman times. The Ancient Rome used their dogs for war and as guardian dogs, as well as for fighting in the arena. Although the Tornjak is a very old breed, with the vanishing of nomadic sheep herding the Tornjak also gradually vanished. In the early 1970s, a group of local Cynology began to collect the remaining dogs which best corresponded to the old writings about the breed.The first written traces about the existence of Tornjak dogs date back to the 9th century. Descriptions about the Tornjak were found in the writings of Peter Horvat, bishop of Đakovo, Croatia, which date back to the year 1374, those descriptions were also found in the writings of Peter Lukić, Canon (priest) of the Diocese of Đakovo, which were written in 1752. The term 'Tornjak' evolved from the Bosnian/Croatian word "tor", which means an enclosed area where the sheep live in. To this day, these dogs are called Toraši (Torashi) in the surroundings of the city of Sinj and on the Kamešnica (mountain), whereas the shepherds of the Dinara-mountains call them Dinarci.It is theorized (although not proven) that the Tornjak, as with other Livestock guardian dog breeds, are descended from the dogs that were developed somewhere around 9000 years ago in Mesopotamia following the domestication of sheep and goats in the same area.