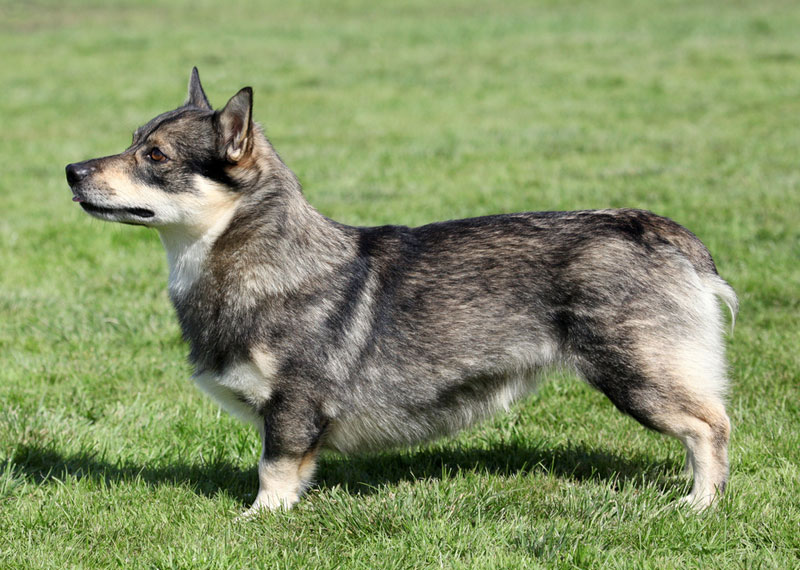 The Swedish vallhund also called "västgötaspets" is a breed of dog. It is believed that the Swedish vallhund distinguished itself during the age of Vikings, more than 1,000 years ago. Known as the "Viking dog", the vallhund was bred to herd cattle, catch vermin (such as rats), and guard the home. The vallhund was also referred to as "the little cattle dog of the Vikings".

The Swedish Vallhund is a very ancient national dog breed of Sweden and is often dated back to the 8th/9th century. They are known for being alert, eager, and brave dogs used to herd cows. These dogs with their bright, jaunty temperament made them suitable as a working dogs, watch dogs and companions.

The Swedish Vallhund is also known as the Swedish cattle dog, and the original Västgötaspets.