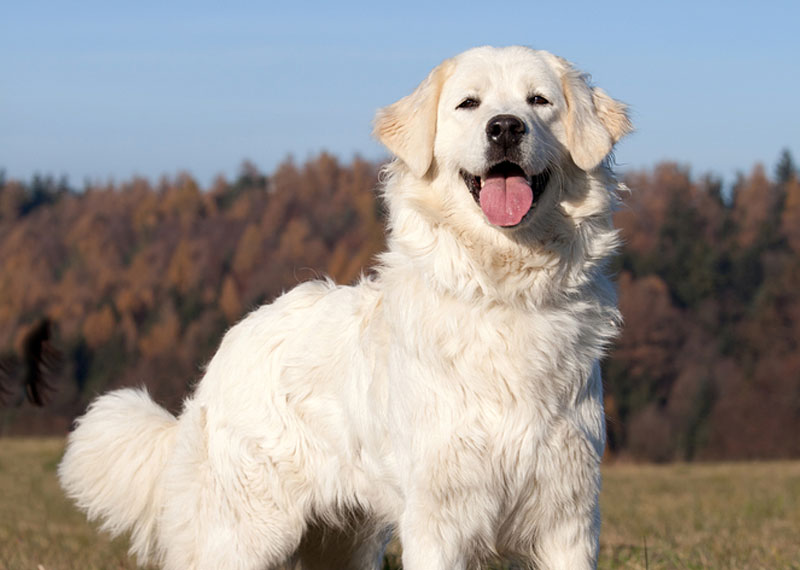 The Slovak Cuvac is a Slovakia breed of dog, bred for use as a livestock guard dog. This mountain dog—also known as Slovensky Cuvac, Slovak Chuvach, Tatransky Cuvac and Slovensky Kuvac—is closely related to the Hungarian Kuvasz. The alternate German and English spelling Tchouvatch reflects the pronunciation: chew-votch. The breed is recognised under sponsorship from Slovakia by the Fédération Cynologique Internationale with the name Slovenský čuvač. Despite the multiple renderings in English, these refer to only one breed. The United Kennel Club in the US uses the English version of the name Slovak Cuvac.

Slovak sheep farming has a very old tradition. The Slovak Cuvac, together with mountain sheep, the Hucul horse, and typical inhabitants of the mountains, formed the fundamental economic preconditions for the utilization of pastures for cattle. The inhabitants of the Slovak mountains were mostly free people who defended the frontiers and paid duties in sheep's cheese. The institution of these people was called "Valassky Opasok" and its center, until the abolition of serfdom, was Košice. The members of this shepherd military system did their service on mountain meadows with their companions - the hearty white dog called the Slovak Cuvac.A good watchdog, Guard dog, shepherd and companion, the dog proved itself also in watching cattle, turkeys, and other domestic animals - as well as its master's household. Holiday makers and visitors to the mountains and spas took to this breed and began to carry it to the lowlands.The Slovensky Cuvac is used on sheep farms and mountain ridges as well as homes and frontiers. He is boundlessly loyal and stout hearted. He resists every enemy - bears and wolves included. According to the time honored shepherd's tradition, he is always bred in white to be discernible from the beasts of the night.This breed has been well documented as far back as the 17th century. However, as gray wolf#Livestock and pet predation slowly began to disappear from European mountains and modern herding practices were instituted, the Cuvac was faced with the prospect of being seen as a relic of the past. What few specimens were left in the 1950s were bred carelessly. Credit for reviving the breed and fixing characteristics is due Dr. Antonin Hruza, in cooperation with the veterinary school of Brno. The registered breeding of the Slovensky Cuvac was established in Czechoslovakia by Professor Antonin Hruza from the Veterinary Faculty in Brno on June 4, 1929. The Club of the Breeders of Slovak Cuvac was established in 1933 and a written standard was established and approved in 1964 Dr. V. Kurz). The basic breeding material came from the vicinity of Liptovska Luzna, Kokava and Vychodna as well as from Rachov in the Carpathians.