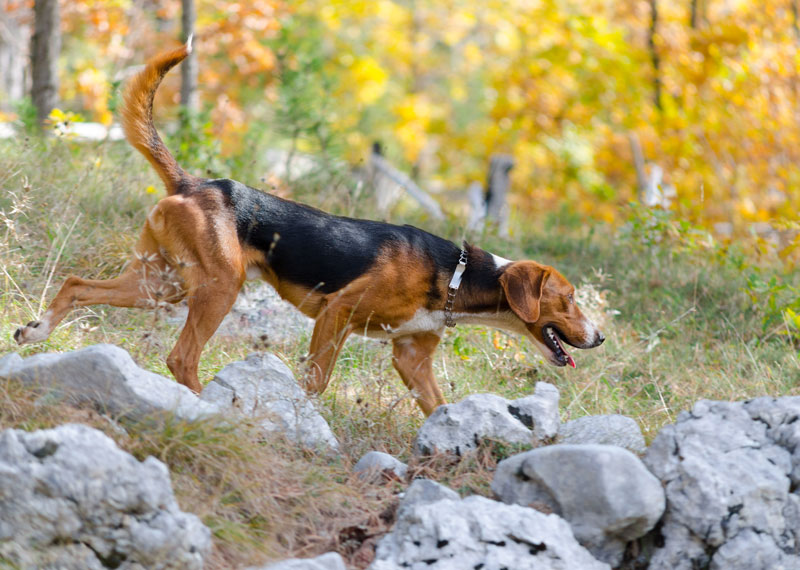 The Serbian Tricolour Hound (srpski trobojni gonič or trobojac) is a breed of dog of the hound type. Formerly called the Yugoslavian Tricolour Hound, the name was changed for clarity after the breakup of Socialist Federal Republic of Yugoslavia in 1991. The breed was first exhibited at shows in 1950. At one time it was considered a variation of the Serbian Hound, but was recognised by the Fédération Cynologique Internationale as a separate breed in 1961.The Serbian Tricolour Hound is a medium-large scenthound that was bred as a running hound (free running to seek game on its own, not on a leash.) It is used on feral pigs or wild boar and other large game as well as hare and fox.The Serbian Tricolour Hound is a devoted breed that loves its master without question and will loyally stand by him for all his life. It is a kind breed but also a tenacious hunter that performs very well in the field and has been a very successful hunting companion for many years.