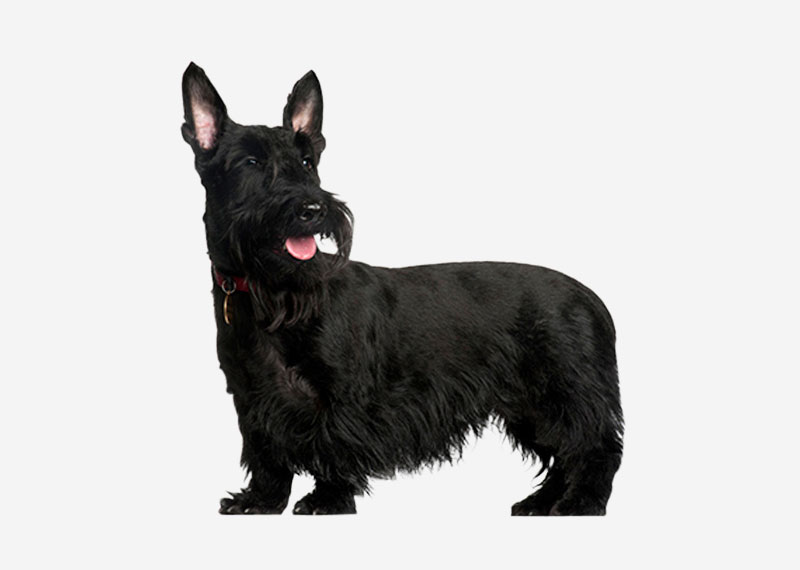 The Scottish Terrier (also known as the Aberdeen Terrier), popularly called the Scottie, is a breed of dog. Initially one of the highland breeds of terrier that were grouped under the name of Skye Terrier, it is one of five breeds of terrier that originated in Scotland, the other four being the modern Skye Terrier, Cairn Terrier, Dandie Dinmont, and West Highland White Terrier. They are an independent and rugged breed with a wiry outer coat and a soft dense undercoat. The First Earl of Dumbarton nicknamed the breed "the diehard." The modern breed is said to be able to trace its lineage back to a single female, named Splinter II.They are a small breed of terrier with a distinctive shape and have had many roles in popular culture. They have been owned by a variety of celebrities, including the 32nd President of the United States, Franklin Delano Roosevelt, whose Scottie "Fala" is included with FDR in a statue in Washington, DC, as well as the 43rd President George W. Bush. They are also well known for being a playing piece in the board game Monopoly (game). Described as a territorial, feisty dog, they can make a good watchdog and tend to be very loyal to their family. Healthwise, Scottish Terriers can be more prone to bleeding disorders, joint disorders, autoimmune diseases, allergies, and cancer than some other breeds of dog and there is a condition named after the breed called Scotty cramp. They are also one of the more successful dog breeds at the Westminster Kennel Club Dog Show with a recent best in show in 2010.

Initial grouping of several of the highland terriers (including the Scottie) under the generic name Skye Terriers caused some confusion in the breed’s lineage. There is disagreement over whether the Skye Terriers mentioned in early 16th century records actually descended from forerunners of the Scottie or vice versa. It is certain, however, that Scotties and West Highland White Terriers are closely related — both their forefathers originated from the Blackmount region of Perthshire and the Moor of Rannoch Moor. Scotties were originally bred to hunt and kill vermin on farms and to hunt badgers and foxes in the Highlands of Scotland.The actual origin of a breed as old as the Scottish Terrier is obscure and undocumented. The first written records about a dog of similar description to the Scottish Terrier dates from 1436, when Don Leslie described them in his book The History of Scotland 1436-1561. Two hundred years later, Sir Joshua Reynolds painted a portrait of a young girl caressing a dog similar in appearance to the modern-day Scottie. Towards the end of the 19th century, it was decided to separate these Scottish terriers and develop pure bloodlines and specific breeds. Originally, the breeds were separated into two categories: Dandie Dinmont Terriers and Skye Terriers (not the Skye Terrier known today, but a generic name for a large group of terriers with differing traits all said to originate from the Isle of Skye). The Birmingham England dog show of 1860 was the first to offer classes for these groups of terriers. Show champions on both sides of the Atlantic descend from Splinter and her sires.Captain Gordon Murray and S.E. Shirley were responsible for setting the type in 1879. The first written standard of the breed was drafted by J.B. Morrison and D.J. Thomson Gray and appeared in Vero Shaw's Illustrated Book of The Dog, published in 1880; it was extremely influential in setting both breed type and name. The standard described the breed's colouring as "Grey, Grizzle or Brindle", as the typically Black colouring of Scotties did not become fashionable or favoured until the 20th century. By 1936, Scotties were the third most popular breed in the United States. Although they did not permanently stay in fashion, they continue to enjoy a steady popularity with a large segment of the dog-owning public across the world. The STCA founded its Health Trust Fund (HTF) in 1995 which supports research on health issues in the breed.Scottish Terriers have won best in show at the Westminster Kennel Club Dog Show more than any other breed except for the Wire Fox Terrier, a total of nine times. These victories began in 1911 with a win by Ch. Tickle Em Jock and include recent victories such as in 1995 when Ch. Gaelforce Post Script (Peggy Sue) won, and in 2010 with a victory by Ch. Roundtown Mercedes Of Maryscot. 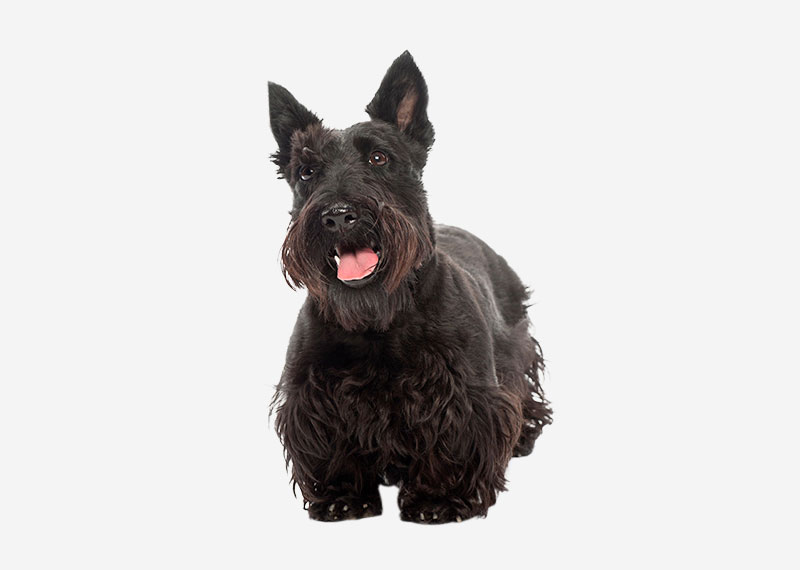 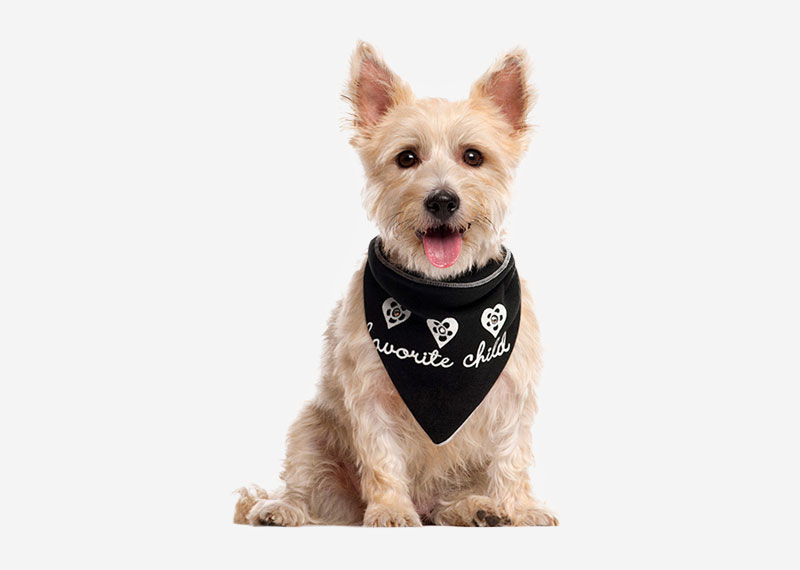 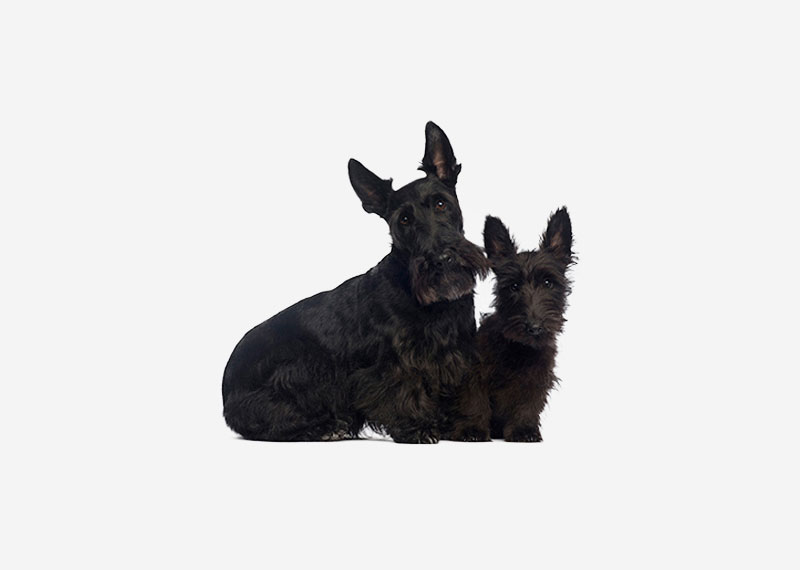