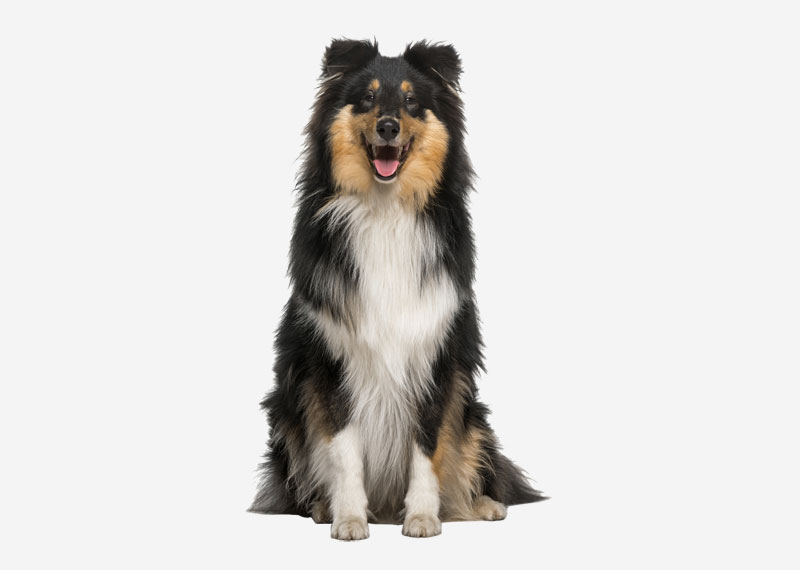 Scottish Collie or Scotch Collie was a Victorian-era term originally given to the collie dog derived from Scotland and nearby regions. Diversity of type was much more common during the 17th to very early 20th centuries. Type was varied, but the dogs could easily be discerned as being Collie dogs. "Scotch" was for the most part dropped from the name by the late 20th century. A small group of fanciers of the old-fashioned collie type have attempted to resurrect this type of dog, and utilize the name of Scotch Collie. Unfortunately, only a small number of "throwbacks" to the old-fashioned type exist, and so the fanciers have often resorted to using other breeds of the Collie family (most notably English shepherds, Australian shepherds or Border Collies) to help bring back the type they desire. Scotch Collie was the name given to what is now commonly known as the Collie (Rough-coated and Smooth-coated). Certain other breeds, most notably Collie descendants such as the English Shepherd, Australian Shepherd, and Border Collie, have sometimes also been referred to as the Scotch Collie. During the Victorian and Edwardian era the name was used to describe nearly all types of Collie dogs of English, Irish, and Welsh ancestry. In some regions, it described the dogs having the appearance and bloodlines deriving from the border regions of Scotland; in others, for dogs from the highland regions. In America, the term was mostly used to describe the entire land-race of collie dogs. After the turn of the 20th century in America, the AKC Scotch Collie was developed using dogs of primarily the highland regions of Scotland, the low country and border regions of Scotland and England. However, it is believed that Collie dogs from both Ireland and Wales were included as well(see Rough Collie). The Highlander's Collies tended to be a bit larger, yet lighter-boned and longer legged than the border country Collie dogs, requiring the ability to survive on as little as possible, yet still be able to handle the large and surly "black face or Colley sheep." Just a few of the other names that the breed was once known by include: Colley, Shepherd Dog, Cur Dog, Ban Dog, Scottish Shepherd of Sheepdog, English Sheepdog, Smooth English Sheepdog, among other names for the same breed or landrace of dog. Books such as Bob, Son of Battle (Alfred Olliphant) and Lassie Come Home (Eric Knight; later turned into a major movie) were written about the Scotch Collie which is one and the same as the Collie. It was sometime during the mid 1900s that the use of the prefix Scotch was generally dropped as the breed had become extremely popular and the prefix Rough or Smooth differentiated the two coat types as "Rough Collie " and "Smooth Collie." The Collie Health Foundation (http://www.colliehealth.org) maintains a website and database on disorders affecting collies.Some Scottish Collies (and other collie breeds) have a particular allele of the multi-drug resistance gene, MDR1. This is also known as "the ivermectin-sensitive collie", however the sensitivity is not limited to ivermectin, a common drug used to treat and prevent various ailments in dogs including heartworm disease. More than 20 drugs are expected to cause adverse reactions including milbemycin and loperamide. A study by the Veterinary Genetics Laboratory at UC Davis concluded that all dogs with this mutation are descendants of a single dog which most likely lived in Great Britain during the middle of the 19th century. The mutation of the MDR1 gene is found in Scottish Collies and related breeds worldwide and affects approximately 80% of Scottish Collie dogs in the United States. Dogs with this mutation are predisposed to various sensitivities and some may suffer a potentially fatal neurotoxicosis.Ivermectin is a popular choice in the prevention of heartworm disease in dogs, an extremely serious and potentially fatal condition. Despite the high prevalence of sensitivity in Scottish Collies to this medication, the low dosage provided is generally considered safe and preventative drugs such as Heartgard are advertised as approved for Scottish Collies, having a wide margin of safety when used as directed. A simple test, recently developed at and provided by Washington State University, can determine if a dog is a carrier of the mutation which causes sensitivity. Scottish Collies typically live an average of 12 to 14 years.