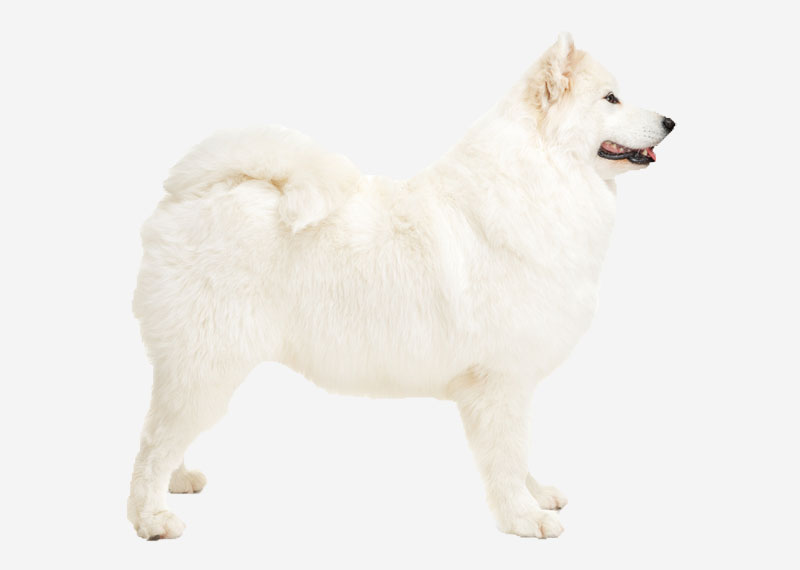 The Samoyed (/ˈsæməjɛd/ SAM-ə-yed or /səˈmɔɪ.ɛd/ sə-MOY-ed; Russian: Самоедская собака) is a breed of dog that takes its name from the Samoyedic peoples of Siberia. These nomadic reindeer herders bred the fluffy white dogs to help with the herding, and to pull sleds when they moved. An alternate name for the breed, especially in Europe is Bjelkier.

The Samoyed is a primitive dog belonging to the spitz or northern dog group, specifically the laikas: a Eurasian dog type used for a variety of purposes, namely hunting, herding, guarding, and sledding. The Samoyed is descended from the Nenets herding laika, a dog that comes in not only white, but also a wider variety of colors. Like many breeds, the Samoyed was bred from a small number of founders (in this case, from Siberia). The founder effect then led to a reduction in genetic diversity, which may explain why some Samoyeds today are affected by the genetic disorders below.

Samoyeds can be affected by a genetic disease known as "Samoyed Hereditary Glomerulopathy", a renal disease. The disease is known to be caused by an X-linked dominant faulty allele and therefore the disease is more severe in male Samoyeds. Carrier females do develop mild symptoms after 2–3 months of age, but mostly do not go on to develop renal failure. The disease is caused by a defect in the structure of the type-IV collagen fibrils of the glomerular basement membrane. As a consequence, the collagen fibrils of the glomerular basement membrane are unable to form cross-links, so the structural integrity is weakened and the membrane is more susceptible to "wear-and-tear" damage. As the structure of the basement membrane begins to degenerate, plasma proteins are lost in the urine and symptoms begin to appear. Affected males appear healthy for the first 3 months of life, but then symptoms start to appear and worsen as the disease progresses: the dog becomes lethargic and muscle wastage occurs, as a result of proteinuria. From 3 months of age onwards, a reduced glomerular filtration rate is detected, indicative of progressive renal failure. Death from renal failure usually occurs by 15 months of age.

Also known as Hereditary nephritis, it is caused by a nonsense mutation in codon 1027 of the COL4A5 gene on the X chromosome (glycine to stop codon), which is similar to Alport's syndrome in humans. The disease is simply inherited X-linked dominant, with males generally having more severe symptoms than females. Clinically, proteinuria is found in both sexes from the age of three to four months; in dogs older than this, renal failure in combination with more or less pronounced hearing loss occurs swiftly and death at the age of 8 to 15 months is expected. In heterozygous females, the disease develops slowly. The disease can be treated to slow down the development by use of cyclosporine A and ACE inhibitors, but not be stopped.

For the Samoyeds in the veterinary literature several breed-specific hereditary diseases are described:

Life expectancy is about 12–13 years. 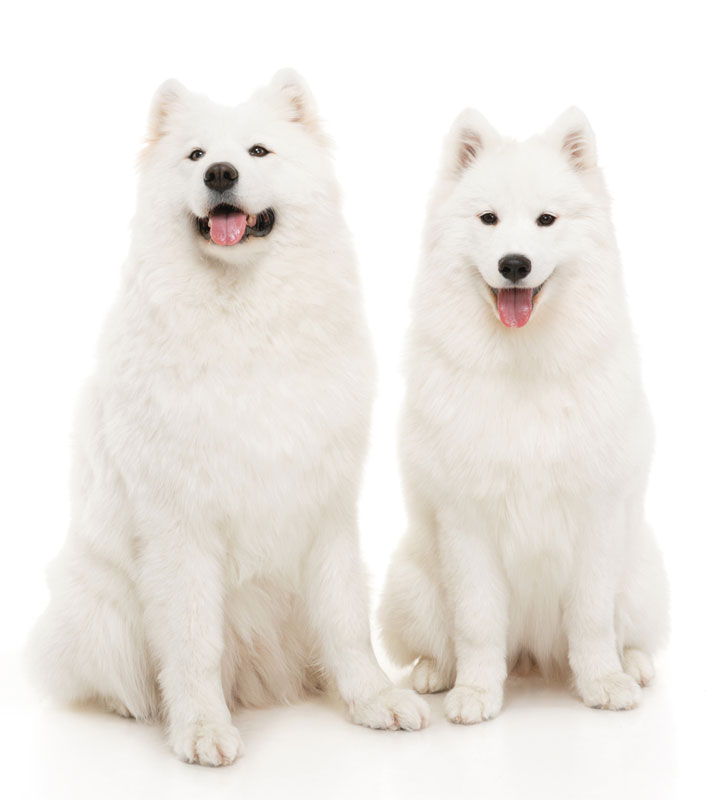