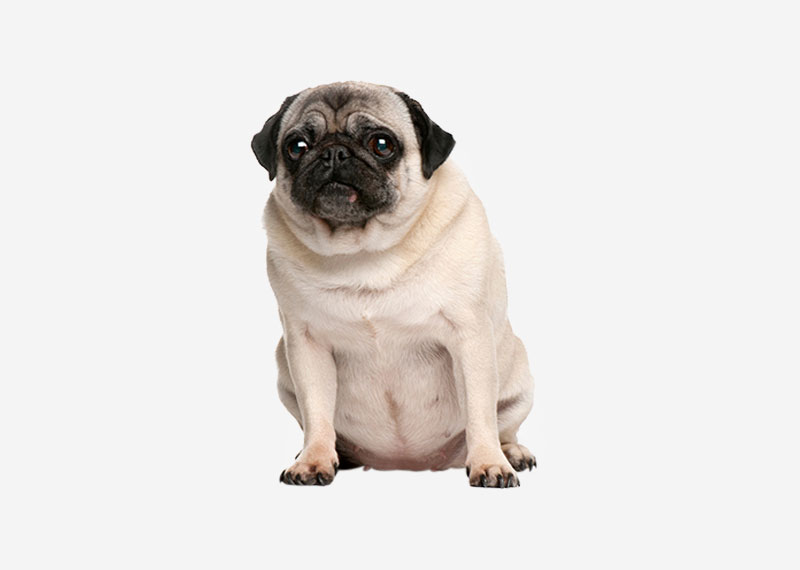 The pug is a toy dog with a wrinkly, short-muzzled face and curled tail. The breed has a fine, glossy coat that comes in a variety of colours, although most often fawn or black, and a compact square body with well-developed muscles.Pugs were brought from China to Europe in the sixteenth century and were popularized in Western Europe by the House of Orange-Nassau of the Netherlands, and the House of Stuart. modern breed preferences are for a square Cobby dog body, a compact form, a deep chest, and well-developed muscle. Their smooth and glossy coats can be fawn, apricot fawn, silver fawn or black.Pugs' legs are very strong, straight, of moderate length, and are set well under. Their shoulders are moderately laid back. Their ankles are strong, their feet are small, their toes are well split-up, and their nails are black. Pugs are strong willed but rarely aggressive, and are suitable for families with children. The majority of the breed is very fond of children and sturdy enough to properly play with them. Depending on their owner's mood, they can be quiet and docile but also vivacious and teasing.

Although the early history of the pug is not attested to in detail, it is accepted that modern pugs are descended from dogs imported to Europe from China in the 16th century. Similar dogs were popular in the Imperial court during the Song Dynasty.

Pugs were popular at European courts, and reportedly become the official dog of the House of Orange in 1572 after a pug named Pompey saved the life of the Prince of Orange by alerting him to the approach of assassins. The pug was also well known in Italy. In 1789, a Mrs. Piozzi wrote in her journal, "The little pug dog or Dutch mastiff has quitted London for Padua, I perceive. Every carriage I meet here has a pug in it." The popularity of the pug continued to spread in France during the eighteenth century. Before her marriage to Napoleon I of France, Joséphine de Beauharnais had her pug Fortune carry concealed messages to her family while she was confined at Les Carmes prison, it having alone been given visiting rights.In nineteenth century England, the breed flourished under the patronage of Queen Victoria. Her many pugs, which she bred herself, included Olga, Pedro, Minka, Fatima and Venus. While the eye can usually be pushed back into its socket by the owner or by a vet, veterinary attention is usually advisable. If the prolapse happens on a regular basis, the pug might require surgery or in a worst-case scenario have the eye removed.Pugs have many s in their faces, so owners will often clean inside the creases to avoid irritation and infection.An abnormal formation of the hip socket, known as Hip dysplasia (canine), affected nearly 64% of pugs in a survey performed by the Orthopedic Foundation for Animals; the breed was ranked the second worst-affected by this condition out of 157 breeds tested.Pugs are one of several breeds that are more susceptible than other dogs to Mange, also known as "demodex". This condition is caused when parasitic mites, that are often present in a dog's skin without causing symptoms, are allowed to do damage because their host has a weakened immune system. It is a problem for many young pugs, although not usually a major one, and is easily treatable, but some are especially susceptible and present with a Systemic disease form of the condition. This vulnerability is thought to be genetic and breeders will avoid producing puppies from adults who have this condition. Pedigree Dogs Exposed carried out by the BBC found significant inbreeding between pedigree dogs, with a study by Imperial College, London, showing that the 10,000 pugs in the UK are so inbred that their gene pool is the equivalent of only 50 individuals.

Pugs can suffer from necrotizing meningoencephalitis (NME), also known as pug dog encephalitis (PDE), an inflammation of the brain and meninges. NME also occurs in other small dogs, such as the Yorkshire Terrier, Maltese, and Chihuahua. The piece Satire pugs and their breeders by writing of the dog and its characteristics as a faulty product, "evidenced" by a fictional quote from the American Pug Breeders Association director: "While pug owners are accustomed to dog malfunction, the latest animals are prone to more problems than just the usual joint failures, overheating, seizures, chronic respiratory defects, and inability to breed without assistance. The latest model pug is simply not in any way a viable dog." 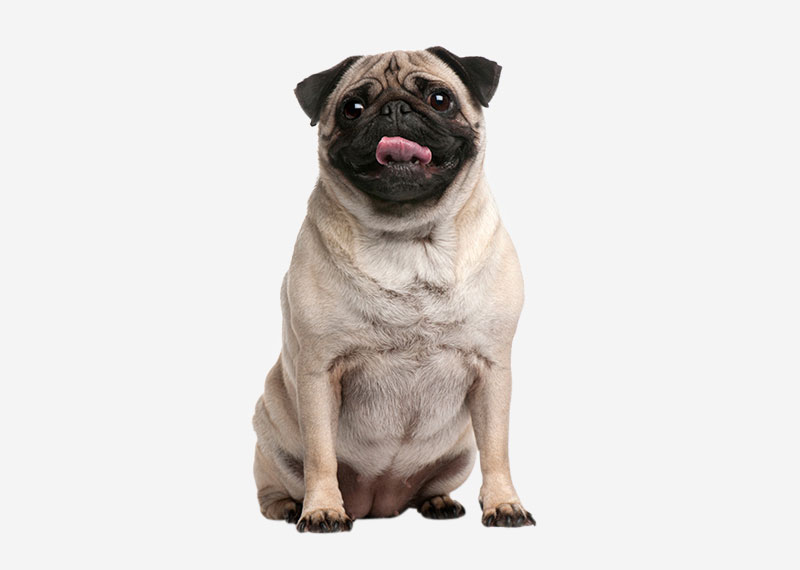 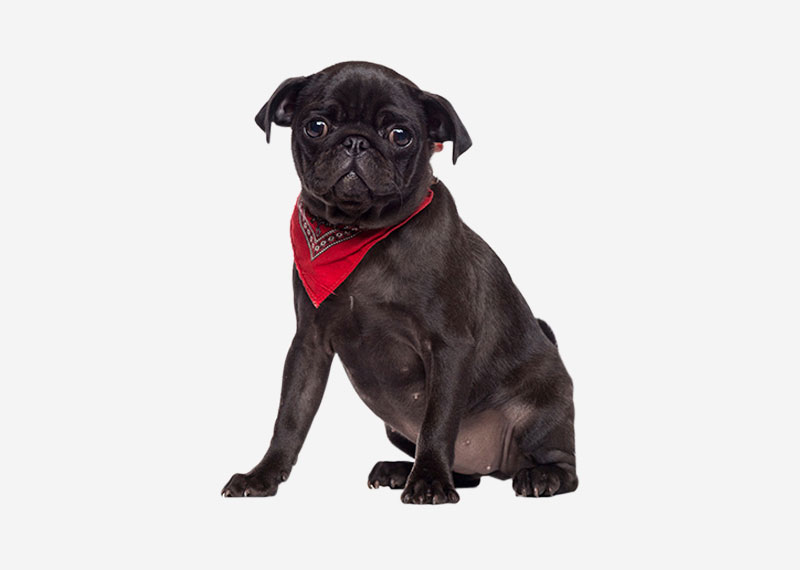 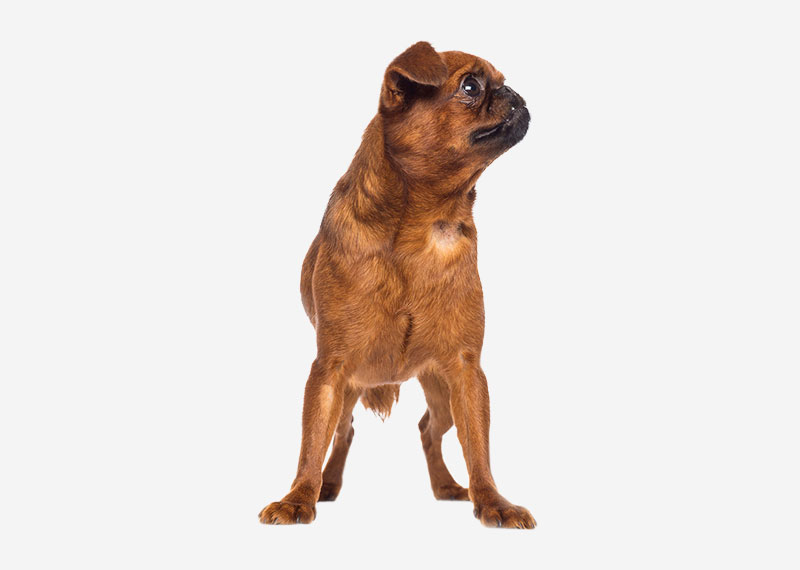 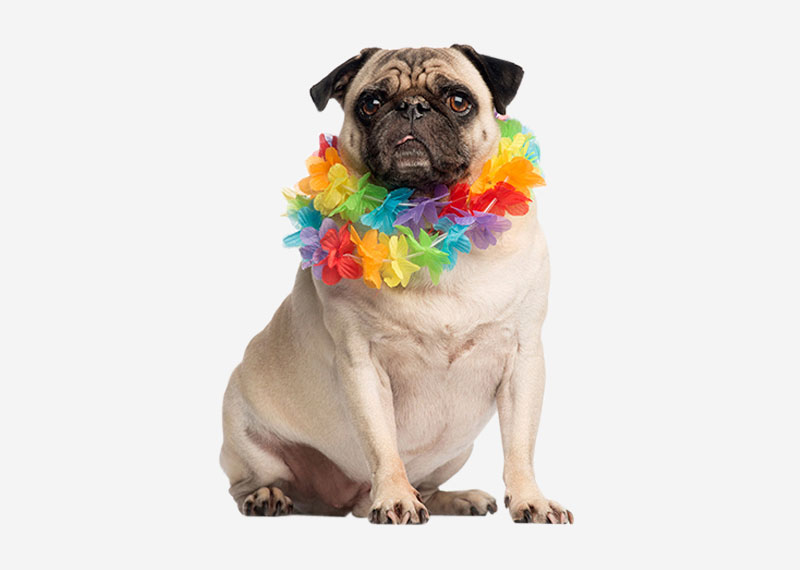 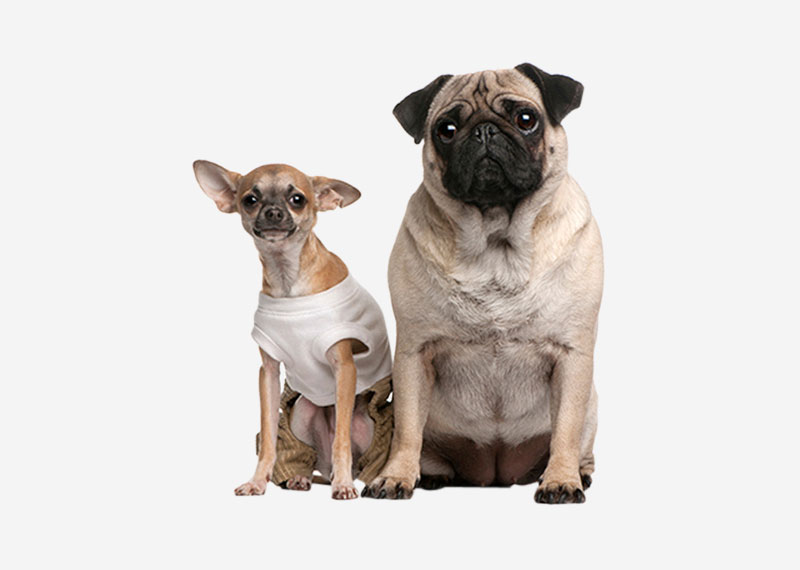