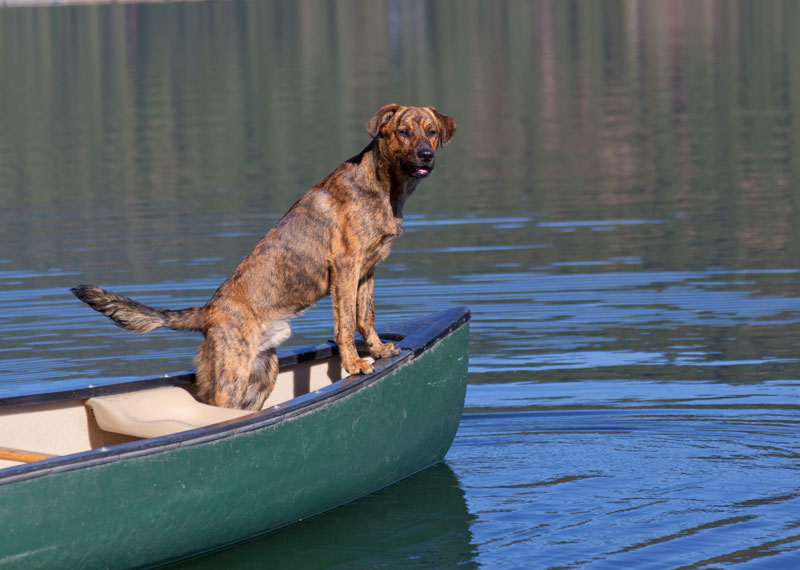 The Plott Hound is a large scent hound originally bred for hunting boar.

Of the seven breeds of United Kennel Club (UKC) registered coonhounds, the Plott Hound does not trace its ancestry to the foxhound. And, of those seven breeds, we can be most certain of the Plott’s heritage and the men most responsible for its development.The ancestors of today’s Plott Hounds were used for boar hunting in Germany many years ago. Originally from Germany, Johannes “George” Plott emigrated to the United States in 1750. He brought a few wild boar hounds with him. These dogs had been bred for generations for their stamina and gameness. George and his wife, Margaret (Undocumented Maiden Name) with their family settled in the mountains of western North Carolina. Though there is no evidence that George ever came to western North Carolina, his son Henry settled there around 1801 to 1810 (as census discloses) and was responsible for the Plott hound legend of an incredible big game dog. The Plott Balsams are a mountain range that carries the family name to this day. Plott supposedly kept his strain entirely pure, making no outcrosses. In 1780, the Plott pack passed into the hands of Henry Plott.Shortly after, a hunter living in Rabun Gap, Georgia who had been breeding his own outstanding strain of “leopard spotted dogs” heard of the fame of the Plott Hounds and came to North Carolina to see for himself. He was so impressed that he borrowed one of Montraville Plott’s top stud dogs for a year to breed to his own bitches. This single cross is the only known instance of new blood being introduced into the Plott Hound since they first came to this country. Eventually Mont decided not to continue this breeding practice and gave all the leopard dogs away, returning to his original breeding practices.Other crosses possibly took place around the year 1900. G.P. Ferguson, a neighbor of the Plott family in North Carolina in those days, was a major influence on the Plott breed. He made a careful study of the Blevins hounds and the Cable hounds of that era. To what extent he used these bloodlines in his Plott breeding program is not known.The Plott Hound was first registered with the United Kennel Club in the 1946. Plotts were recognized by the American Kennel Club in 2006.