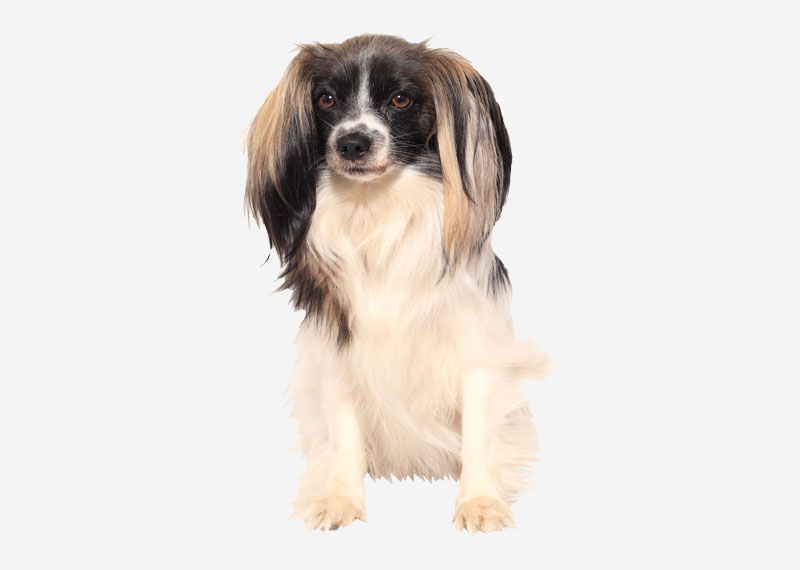 The Phalène is the drop-eared version of the Papillon, a toy breed also known as the Butterfly Dog or the Continental Toy Spaniel (Epagneul Nain Continental).

The Phalène is the earliest form of the Papillon; the appearance of the erect-eared variety was not documented until the 16th century, by which time the Phalène had been portrayed in numerous paintings, particularly in portraits of the wealthy by Old Masters and their students. Belgium, France, Spain, and Italy have all been credited with the creation or development of Butterfly Dogs. The Papillon gained popularity after the turn of the nineteenth century.By the middle of the 20th century, the Papillon’s popularity had far outstripped that of the Phalène, which sank low enough into obscurity to become endangered. Fortunately, the breed had its fanciers and did not slip into extinction. At some point the variety was named phalène or ‘night moth’.The 21st century has seen a revival of interest in the Phalène, with its fanciers pointing out that in countries where it is judged together with the Papillon, judges must be familiar enough with the breed standard to appreciate the qualities of a well-bred Phalène, and not confuse its dropped ears with those of a semi-erect eared Papillon, which would suggest a Fault.