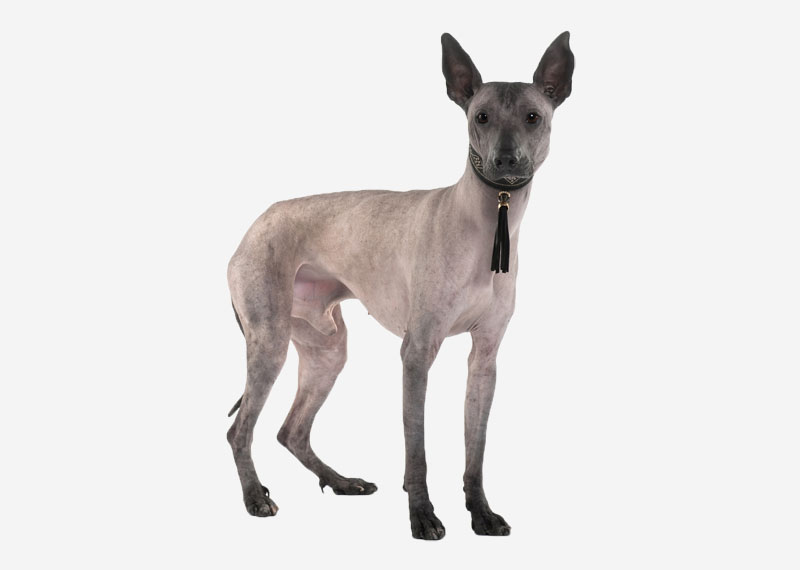 The Peruvian Hairless Dog is a breed of dog with its origins in Peruvian pre-Inca cultures. It is one of several breeds of hairless dog.

This is an ancient breed. Although it is often perceived to be an Incan dog because it is known to have been kept during the Inca Empire,
they were also kept as pets in pre-Inca cultures from the Peruvian coastal zone. Ceramic hairless dogs from the Chimú, Moche (culture), and Vicus (Peru) culture are well known. Depictions of Peruvian hairless dogs appear around 750 A.D. on Moche (culture) ceramic vessels and continue in later Andean ceramic traditions.
The main area of the Inca Empire (the mountains) is too cold for the natural existence of the dogs.
The Spanish conquest of Peru nearly caused the extinction of the breed. The dogs survived in rural areas, where the people believed that they held a mystical value.
In recent years, the Fédération Cynologique Internationale (FCI) accepted the breed and adopted an official breed standard. Before that time, in the United States, some enthusiasts created another type of Peruvian hairless dog, the Peruvian Inca Orchid. The Peruvian Inca Orchid is recognized by the AKC. The club UKC also recognized the breed in recent years.