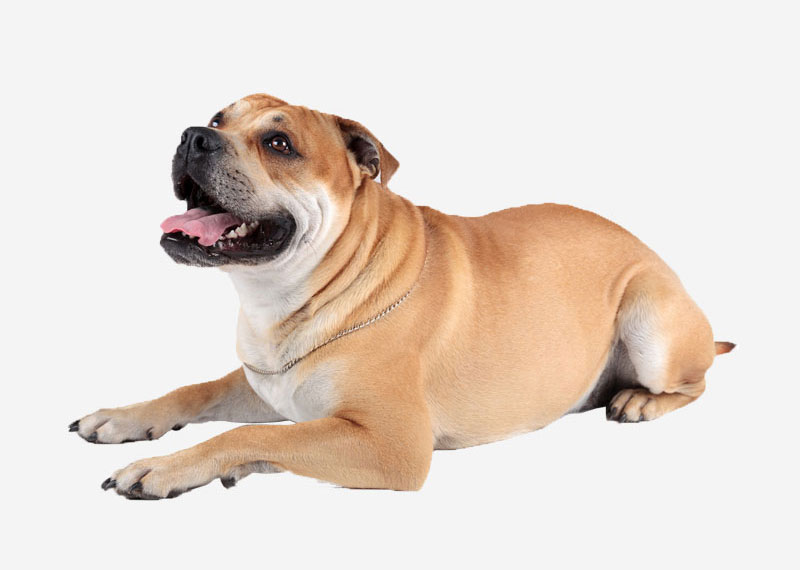 Ca de Bou or Perro de presa mallorquin is a typical Molosser of somewhat elongated build, strong and powerful, of medium size. The difference between the sexes is apparent in the head, whose circumference is definitely greater in dogs than in bitches. The Perro de Presa Mallorquin was almost extinct after World War II, and the few remaining dogs were crossed with Ca de Bestiar, English Bulldog and perhaps Perro de Toro.