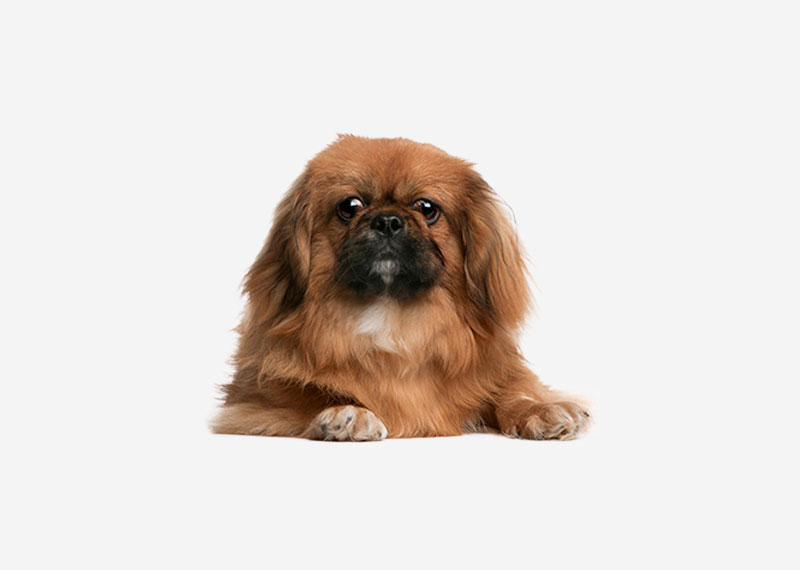 The Pekingese (also known as the Lion-Dog, Pekingese Lion-Dog, Pelchie Dog or Peke) is an ancient breed of toy dog originating in China. They are called Lion-Dogs due to their resemblance to Chinese guardian lions (the Shih Tzu is also known as a Lion-Dog in Chinese). The breed was favored by royalty of the Chinese sovereign court as both a lap dog and companion dog, and its name refers to the city of Peking (Beijing) where the Forbidden City resides. The breed has several characteristics and health issues related to its unique appearance. Because of its desirable characteristics, the Pekingese has been part of the development of designer crossbreeds, such as the Peke-a-tese (crossed with Maltese).The Pekingese originating from Western China, were proud companions of the Chinese Buddhist Monks. These dogs are also found to be owned by Chinese princes.

The breed originated in China in antiquity. Recent DNA analysis confirms that the Pekingese breed is Ancient dog breeds, one of the least genetically diverged from the wolf. For centuries, they could be owned by members of the Forbidden City only.During the Second Opium War, in 1860, the Old Summer Palace in Beijing was occupied by a contingent of British and French troops. The Emperor Xianfeng Emperor had fled with all of his court to Chengde. However, an elderly aunt of the emperor remained. When the British and French troops entered, she committed suicide. She was found with her five Pekingese mourning her death. They were removed by the Allies before the Summer Palace was burnt to the ground.Lord John Hay took a pair, later called Schloff and Hytien, and gave them to his sister, the Duchess of Wellington, wife of Henry Wellesley, 3rd Duke of Wellington. Sir George Fitzroy took another pair, and gave them to his cousins, the Duke and Duchess of Richmond and Gordon. Lieutenant Dunne presented the fifth Pekingese to Queen Victoria of the United Kingdom, who named it Looty.Around the turn of the century, Pekingese dogs became popular in Western countries. They were owned by such arbiters of fashion as Queen Alexandra of the United Kingdom, and Elsie de Wolfe, popular American interior decorator.

The Pekingese has a median lifespan of 11.4 years in a UK Kennel Club survey.The leading cause of death for Pekingese, as for many other Toy breeds, is trauma. Top leading causes of organ systems include neurologic and cardiovascular, e.g., congestive heart failure. When diagnosed early and successfully treated with medication, a Peke with this problem can expect to live many years. A heart murmur is a potential sign of a problem, and must be evaluated by a veterinary cardiologist. Very often, the problem does not surface until the dog is 6 or more years old, so it is very difficult to screen the problem in a pup.The other main problems of the breed are eye issues and breathing problems, resulting from its tiny skull and flattened face(see Brachycephalic syndrome), and skin allergies (and hot spot (veterinary medicine)). An especially common problem is corneal ulcers in animalss, which may develop spontaneously. Some other eye problems that Pekingese can suffer from are Keratoconjunctivitis Sicca (Dry Eye) and Progressive Retinal Atrophy (PRA).The Pekingese should not be kept outside, as having flattened faces and noses can cause them to develop breathing problems, making it difficult for them to regulate their body temperature in overly hot or cold weather. Their long backs, relative to their legs, make them vulnerable to back injuries. Care should be taken when picking them up to give adequate support to the back: one hand under the chest, the other under the abdomen. Short legs give some Pekingese difficulty with stairs; older dogs may not be able to go up or down stairs alone.In an effort to address the breathing difficulties caused by the breed's flat face, the Kennel Club (UK) significantly changed the breed standard in October 2008, removing the clause that the "profile [should be] flat with nose well up between eyes" and adding instead that the "muzzle must be evident". This was in response to public opinion following the BBC programme, Pedigree Dogs Exposed. The breed standards of two other flat-faced breeds, the Pug and English Bulldog, were soon also changed. 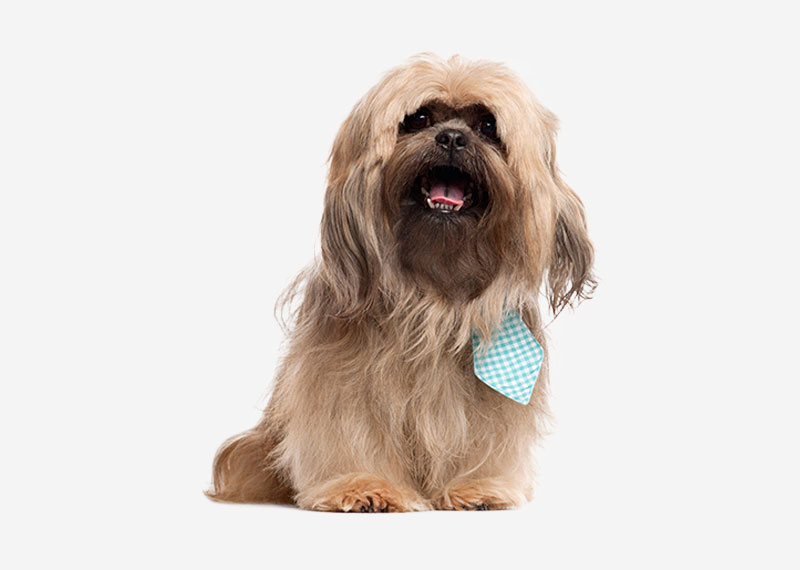 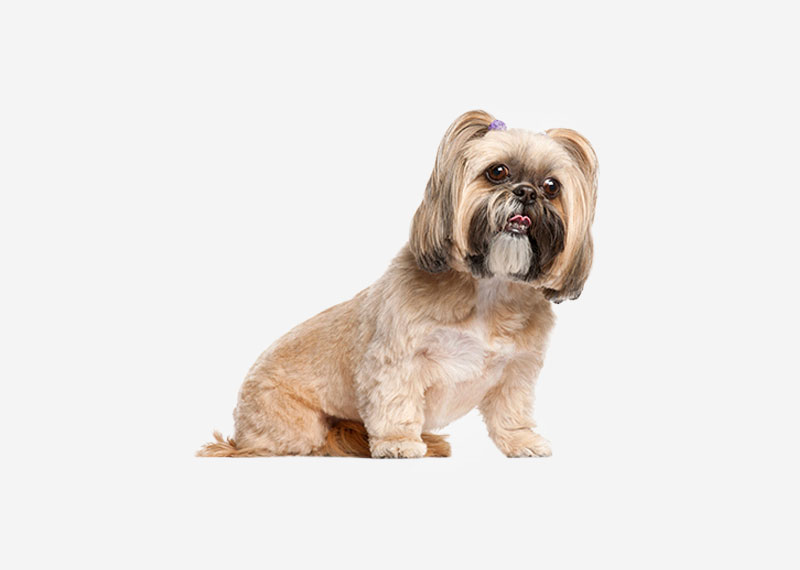