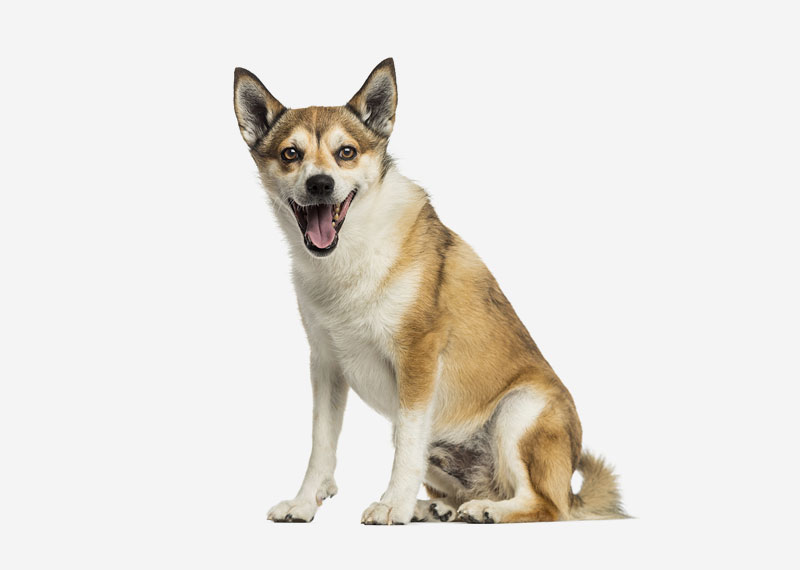 The Norwegian Lundehund (Norsk Lundehund) is a small dog breed of the Spitz type that originates from Norway. Its name is a compound noun composed of the elements Lunde, meaning puffin (Norwegian lunde "puffin" or lundefugl "puffin bird"), and hund, meaning dog. The breed was originally developed for the hunting of puffins and their eggs.