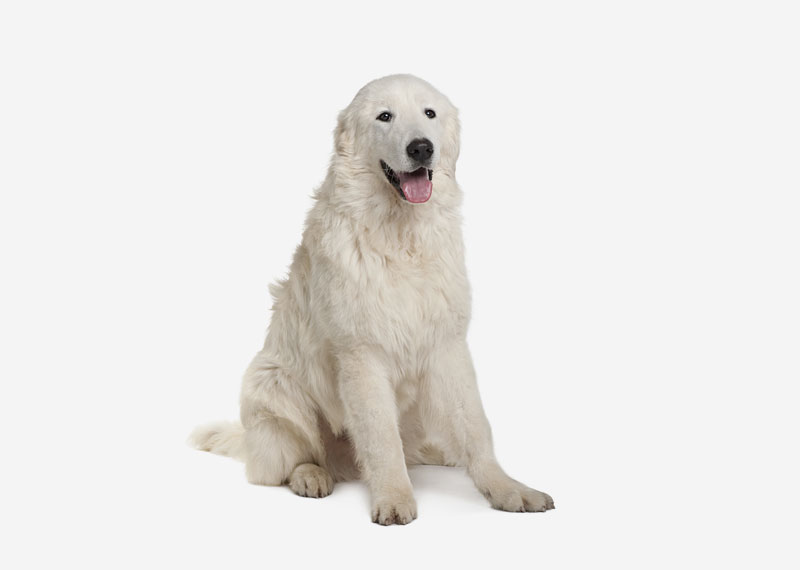 The Maremma Sheepdog, in Italian Cane da pastore Maremmano-Abruzzese, usually referred to as just Maremmano, is a breed of livestock guardian dog indigenous to central Italy, particularly to Abruzzo and the Maremma region of Tuscany and Lazio. It has been used for centuries by Italian shepherds to guard sheep from Gray wolf. The literal English translation of the name is "The dog of the shepherds of the Maremma and Abruzzese region". The English name of the breed derives from that of the Maremma marshlands, where until recently shepherds, dogs and hundreds of thousands of sheep over-wintered, and where the breed is today abundant although sheep-farming has decreased substantially. The breed is widely employed in Abruzzo, where Shepherd remains vital to the rural economy and the wolf remains an active and protected predator. Similar breeds include the Pyrenean Mountain Dog, the Kuvasz of Hungary, the Polish Tatra Sheepdog of Poland and the Šarplaninac (although not white), with all of which it may share a common ancestor; and the Akbash Dog of Turkey. See Mountain dog breeds.

Descriptions of white sheep defense dogs are found in ancient Roman literature, in works such as those of Columella, Varro and Rutilius Taurus Aemilianus Palladius. Similar dogs are depicted in numerous sculptures and paintings from Roman times to the present. Among the earliest is the series of large statues (two in Rome, one in Florence, one – the Duncombe Dog – in England) copied from a Hellenistic bronze from Pergamon. Wolf dogs from the Abruzzo were imported into France at about this time. They were used by François Antoine, "Antoine de Beauterne", in his successful hunt for the Beast of Gévaudan in 1765; The dogs work in groups; three or four dogs are an adequate defense against wolves and stray dogs. Their function is mostly one of dissuasion, actual physical combat with the predator being relatively rare. Some ranchers have found success training Maremmas to protect free-range fowl like chickens from predation from both ground threats such as coyotes, stray dogs and foxes as well as aerial threats such as raptors (hawks, eagles, owls, etc.).Recently in Warrnambool, Australia, the world's first trial utilized a Maremma to guard the dwindling Little Penguin population of Middle Island (Warrnambool). This project won the 2010 Australian Government Coastcare Award. While using Maremma to guard an endangered species is rare, Maremma along with other breeds of livestock guarding dogs are appreciated by environmentalists because they make it possible for livestock to coexist with predators such as wolves and coyotes, reducing their predation by 70% to 80% or more.}} 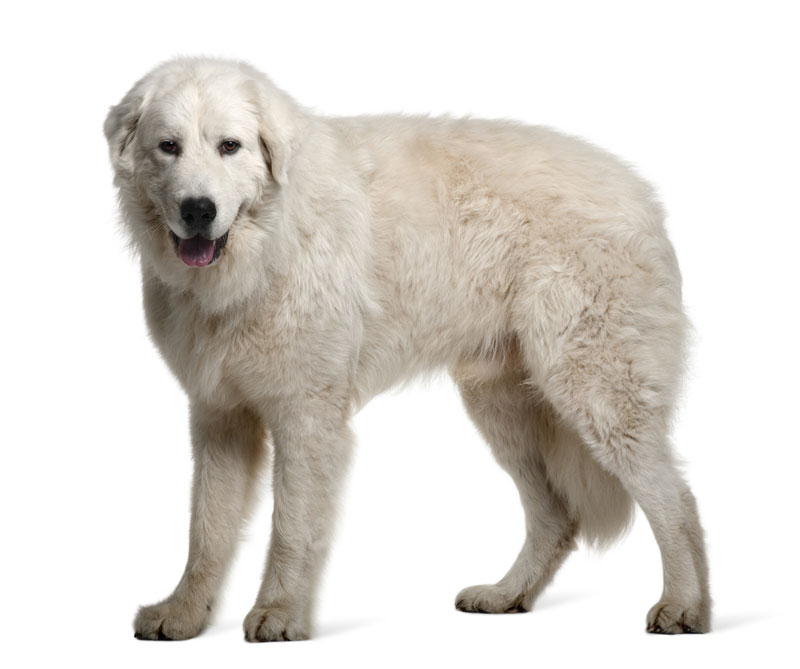