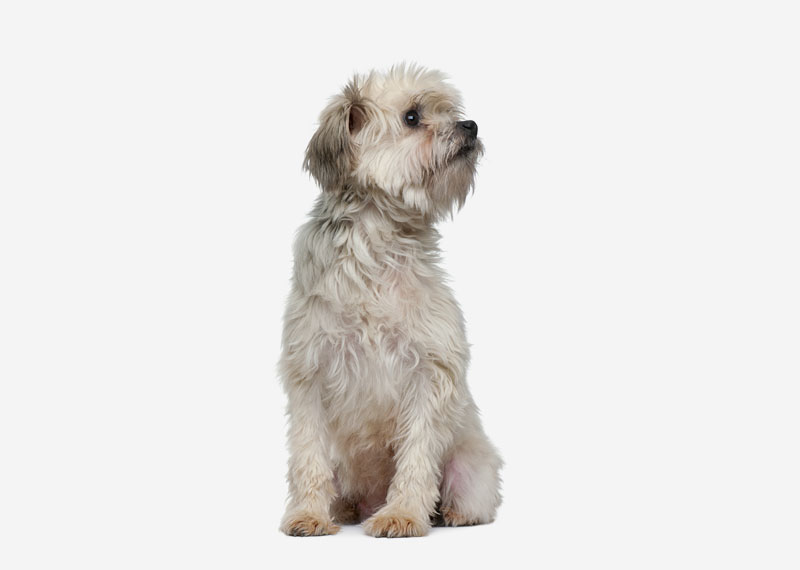 The Löwchen or Little Lion Dog (German language: Löwchen "little lion", French language: Petit chien lion, "little lion dog ") is a breed of dog. A small dog, they are considered by some registries as a toy dog and by the American Kennel Club as a non-sporting dog. The Löwchen once had the dubious distinction, like the Portuguese Water Dog and the Havanese, of being the rarest dog in the world. In 1973 there were only 65 registered examples of the breed.
The head of the Löwchen is one of its most important features, with its relatively short, wide muzzle, broad skull, lively round eyes, and pendulant ears. They can come in all colours, including brown, that allow for dark eyes and nose. The head, when in proportion to the body, is neither too big nor too small, but helps to emphasize the friendly, regal, and lion personality of the Löwchen. The litter size is usually between three and six puppies. The Löwchen's life span is around 12–14 years.

The Löwchen's long and wavy coat is presented in a lion cut. This means that the haunches, back legs, front legs (except bracelets around the ankles), and the 1/3–1/2 of the tail closest to the body are shaved, and the rest of the coat is left natural to give the dog the appearance of a male lion. The lion cut is the traditional way of presenting these dogs but it is not known where the practice comes from.