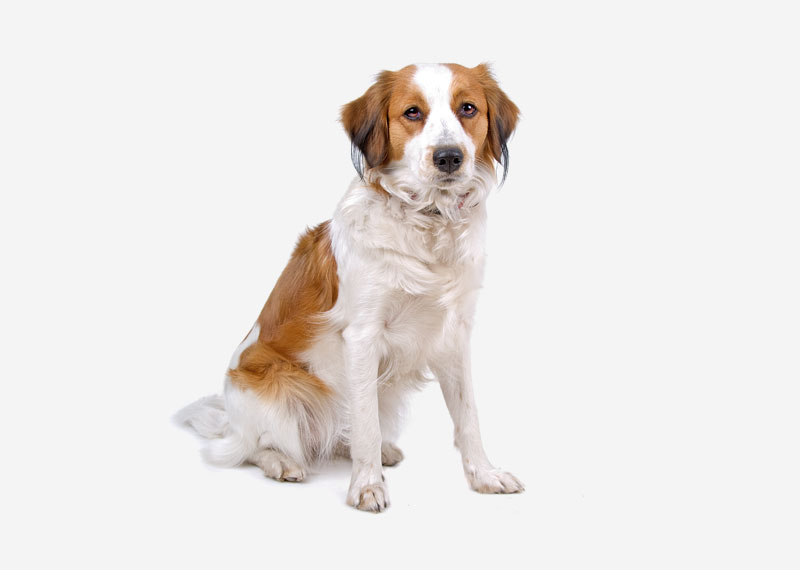 The Kooikerhondje is a small spaniel-type breed of dog of Dutch ancestry that was originally used as a working dog, particularly in an 'Eendenkooi' to lure ducks. Kooikers were popular in the 17th and 18th century and appeared in the paintings of Rembrandt Harmenszoon van Rijn and . The breed is rapidly gaining popularity in the United States, Canada and Scandinavia, where it is still relatively unknown.