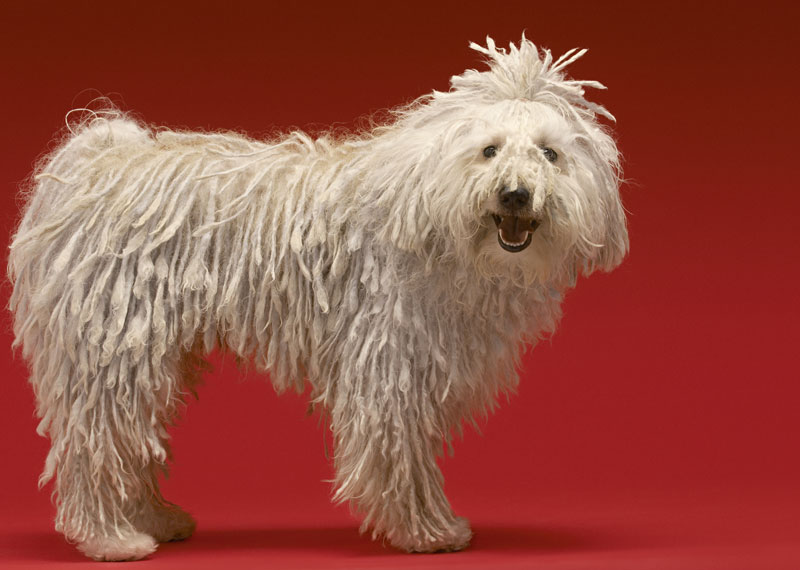 The Komondor, Canis familiaris pastoralis villosus hungaricus, (in Hungarian language the plural for komondor is komondorok, not used in English ) is a large, white-coloured Hungarian dog breed of livestock guardian dog with a long, corded coat.Sometimes referred to as 'mop dogs,' the Komondor is a long-established powerful dog breed that has a natural guardian instinct to guard livestock and other property. The Komondor was brought to Europe by the Cumans and it was mentioned for the first time in 1544 in a Hungarian codex.
Today the Komondor is a fairly common breed in Hungary, its country of origin. Many Komondors were killed during World War II and local stories say that this is because when the Germans (and then the Russians) invaded, they had to kill the dog before they could capture a farm or house that it guarded.