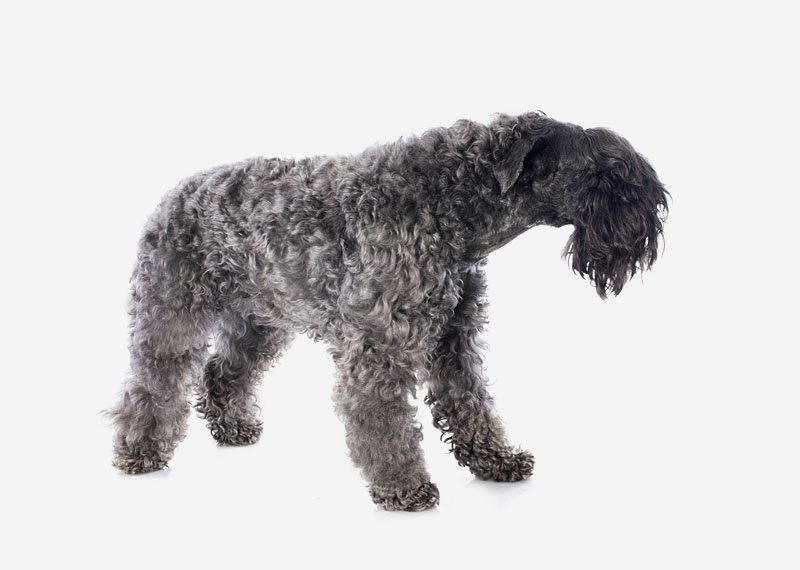 The Kerry Blue Terrier is a breed of dog. In Ireland it is often called the Irish Blue Terrier. Originally bred to control "vermin" including rats, rabbits, badgers, foxes, otters and hares, over time the Kerry became a general working dog used for a variety of jobs including herding cattle and sheep, and as a guard dog. Today the Kerry has spread around the world as a companion and working dog. Despite winning Crufts (the most important UK dog show) in 2000, it remains an unfashionable breed, still distinctly uncommon, but not as threatened as some of the other terrier breeds such as Skye Terrier, Sealyham Terrier, and Dandie Dinmont Terrier.

Kerries are fairly healthy, however there are some genetic disorders that are prevalent in the breed. They are prone to eye problems such as Keratoconjunctivitis sicca (dry eyes), cataracts, and entropion. They sometimes get cysts or cancerous growths in their skin, but these are rarely malignancy. Hip dysplasia (canine), hypothyroidism, cryptorchidism have also been reported. (PNA) is also seen but rare in the population. This condition is also referred to as Cerebellar cortical abiotrophy (CCA) or Cerebellar Abiotrophy (CA). Another skin-related health issue is spiculosis. This is a skin disorder that produces abnormally thick hairs that are also called thorns, spikes or bristles. A US breed club survey puts the average lifespan at 9 1/2 years. Many live to 12 or 13 years.