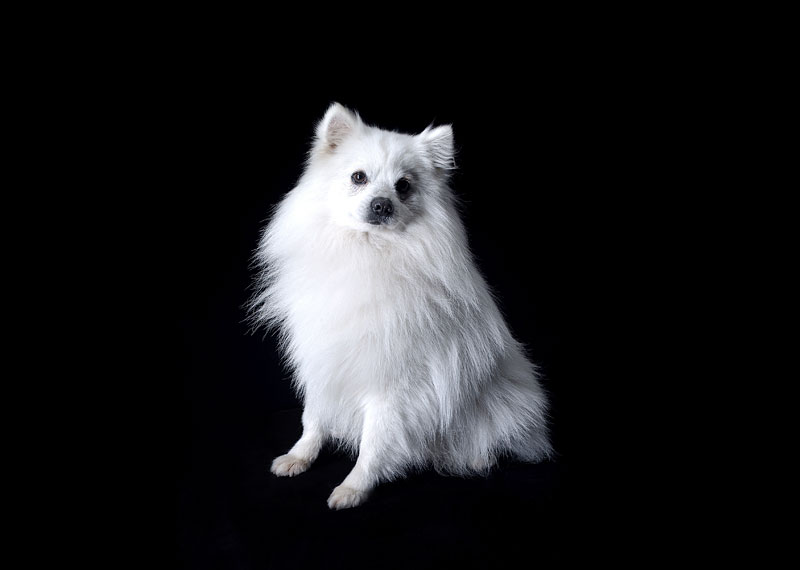 The is a small to medium breed of dog of the Spitz dog type. The Japanese Spitz is a companion dog and pet. There are varying standards around the world as to the ideal size of the breed, but they are always larger than their smaller cousins, the Pomeranian. They were developed in Japan in the 1920s and 30s by breeding a number of other Spitz type dog breeds together. They are recognized by the vast majority of the major kennel clubs, except the American Kennel Club due to it being similar appearance to the Pomeranian, American Eskimo Dog and Samoyed. While they are a relatively new breed, they are becoming widely popular due to their favorable temperament and other features.The major health concern is patellar luxation, and a minor recurring concern is that the breed can be prone to runny eyes. They can act as reliable watchdogs, but are a type of companion dog and prefer to be an active part of the family. Although they might appear fluffy, they are a low maintenance breed as the coat has a non stick texture often compared to teflon.

Dog breeders in Japan in the 1920s and 1930s created the Japanese Spitz by crossbreeding a number of other Spitz breeds to develop the Japanese Spitz. Breeders began with white German Spitz dogs originally brought over from northeastern China to Japan; they were first exhibited at a dog show in Tokyo in 1921. Between 1925 and 1936 various small white Spitz breeds were imported from around the world and crossed into the developing breed, with the goal of producing an improved breed.

Life expectancy is estimated at 10–16 years.

Active, loyal, and bright, The Japanese Spitz is first and foremost a companion dog and thrives on human contact and attention, preferring to be a member of the family. They are known as very loyal dogs. Despite their relatively small size, they can serve as watchdogs. They enjoy being active and love to be in the outdoors. They are intelligent, playful, alert, and obedient, and particularly excellent and loving toward children. Unlike many other dogs, the Japanese Spitz will customarily have his or her's tail, flipped onto its back. In some cases this is thought dominant behaviour, but in the Japanese Spitz case this is normal bearing.