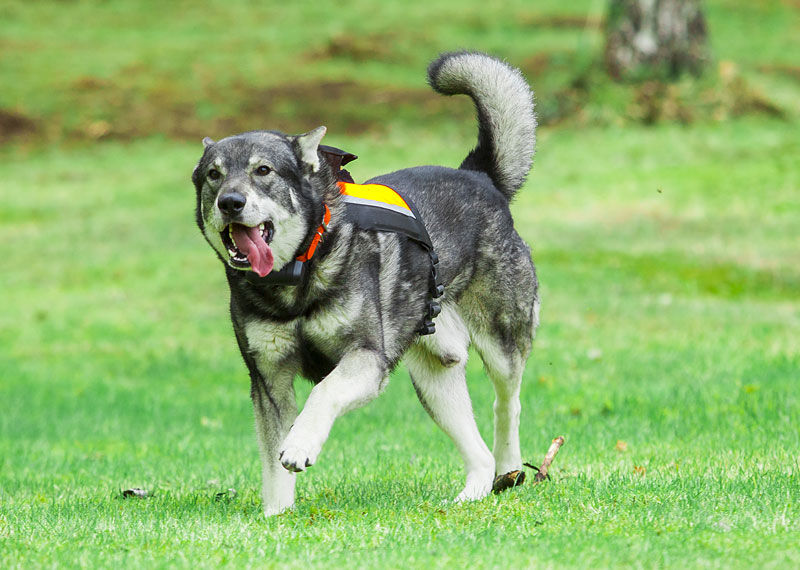 The Jämthund, also called the Swedish Elkhound/Moosehound, is a breed of dog of the Spitz type that are found in Northern Europe. The Jämthund is eponymous to Jämtland, a province in the middle of Sweden. The dog is described as having a wolf-like appearance.

As with most breeds developed for hunting, the Swedish Elkhound requires a lot of regular exercise to stay fit, both physically and mentally. It quickly becomes bored if kept indoors for too long and can become destructive.

Regular brushing is necessary to keep the dense undercoat from matting. Bathing should not be done too often because it tends to dry out the weather-resistant coat.

The Jämthund received official recognition as a breed in 1946, due to intensive work by Aksel Lindström and others. Before that, the Jämthund and the Norwegian Elkhound were seen as the same breed.

Despite this short history of official breed recognition, it is often claimed that Jämthunds have been raised by the locals in Jämtland since the end of the last ice age. They are used for moose hunting and sled pulling. In the local dialect, it used to be referred to as bear dog. It is one of very few dogs that will not back off from a bear.