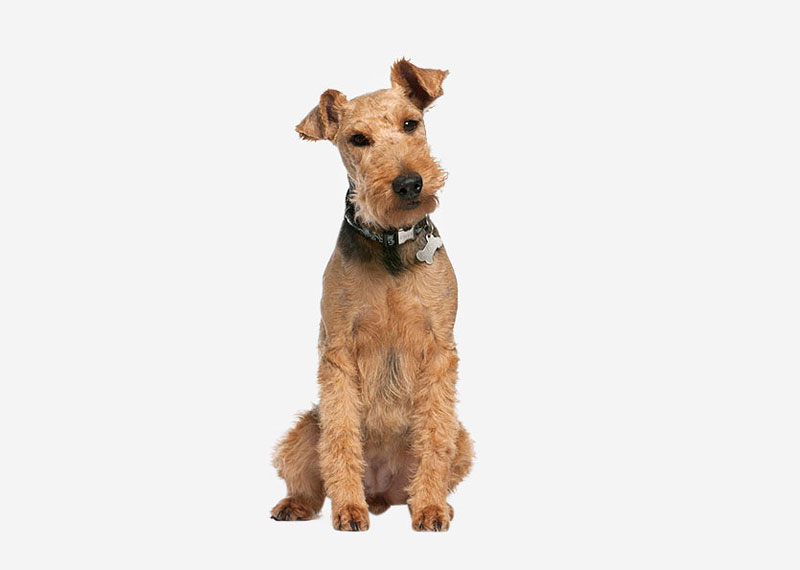 The breed's origin is not known. It is believed to have descended from the black and tan terrier-type dogs of Britain and Ireland, just like the Kerry Blue and Irish Soft-haired Wheaten Terriers in Ireland or the Welsh, Lakeland and Scottish Terriers in Great Britain.F. M. Jowett writes in The Irish Terrier, 'Our Dogs' Publishing Co. Ltd., Manchester, England 1947 – 7th Edition:
They are described by an old Irish writer as being the poor man's sentinel, the farmer's friend, and the gentleman's favourite...These dogs were originally bred not so much for their looks as for their working qualities and gameness, the Irish Terrier being by instinct a thorough vermin killer. They were formerly of all types and of all colours – black-and-tan, grey-and-brindle, wheaten of all shades, and red being the predominant colours. Colour or size evidently did not matter if they were hardy and game."The proper selection process of the breed began only in the latter 19th century. They were shown now and then, sometimes in one class, sometimes in separate classes for dogs under and over 9 pounds.The first breed club was set up in Dublin in 1879. Irish Terriers were the first members of the terrier group to be recognised by the English Kennel Club as a native Irish Breed – this happened just before the end of the 19th century. The first Irish Terriers were taken to the US in the late 19th century and quickly became somewhat popular.There used to be big influential kennels in Ireland, the Great Britain and US up to the 1960s. The breed is increasingly "fashionable" as a family pet because of its fondness for children. There is ambitious breeding in many continents, including Africa (South Africa), North America, (Northern) Europe and Australia.

Irish Terrier is a generally healthy breed. The life expectancy is around 13 – 14 years.The proportions are not over-exaggerated in any way and thus eye or breathing problems are rare. Most Irish Terriers do not show signs of allergies towards foods. As they are small dogs, the breed has a very low incidence of hip dysplasia (canine).In the 1960s and 1970s there were problems with hyperkeratosis, a disease causing corny pads and severe pain. Today it is widely known which dogs carried the disease and respectable breeders do not use those bloodlines any more. A health study conducted by the Irish Terrier Club of America showed a greater-than-expected incidence of hypothyroidism and cataracts. There are not enough eye-checked individuals to draw any conclusions.