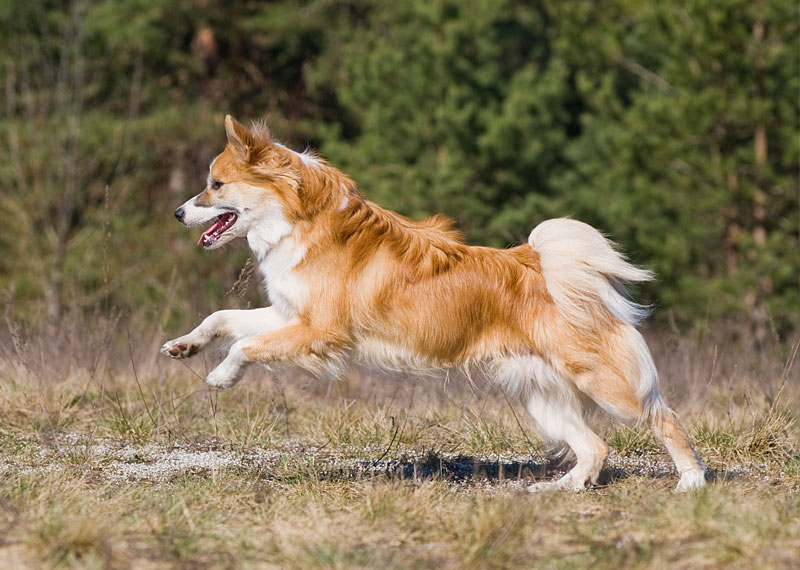 The Icelandic sheepdog is a breed of dog of spitz type originating from the dogs brought to Iceland by the Vikings. It is of similar type to the Norwegian Buhund and to the ancestor of the modern Shetland Sheepdog and Welsh Corgi. They are still commonly used to herd sheep in the Icelandic countryside.

The Icelandic sheepdog very much resembles dogs found in graves in Denmark and Sweden from about 8000 B.C. Dog imports to Iceland were limited and from 1901 even forbidden. In 1650 Sir Thomas Brown wrote "To England there are sometimes exported from Iceland ... a type of dog resembling a fox ... Shepherds in England are eager to acquire them! "Bubonic plague and canine distemper destroyed over 75% of the breed in the late 19th century, leading to a ban on the importation of dogs to Iceland. The purebred Icelandic sheepdog was again bordering extinction in the late 20th century and in 1969 the Icelandic Dog Breeder Association (HRFÍ) was established to preserve the breed, among other aims. The Icelandic sheepdog gained AKC recognition in June 2010, alongside the Leonberger and the Cane Corso.