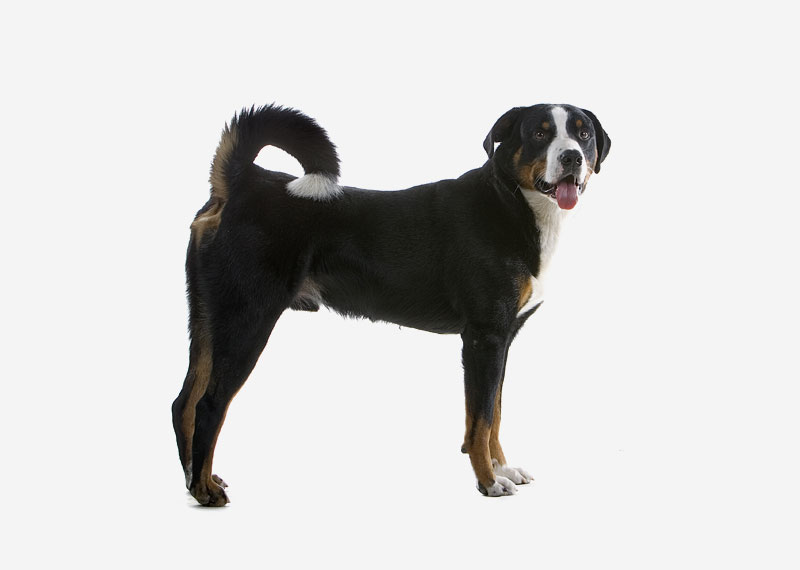 The Greater Swiss Mountain Dog is a dog breed which was developed in the Swiss Alps. The name Sennenhund refers to people called Senn or Senner, dairymen and herders in the Swiss Alps. Greater Swiss Mountain Dogs are almost certainly the result of Indigenous (ecology) dogs canine reproduction with large Mastiff types brought to Switzerland by foreign settlers. At one time, the breed was believed to have been among the most popular in Switzerland. The breed was also used as a butcher's dog, having been "popular with butchers, cattle dealers, manual workers and farmers, who used them as guard dogs, droving or draught dogs and bred them as such." Its popularity as a draft dog led to the nickname "the poor man's horse". By the 19th century, the ancestors of the modern Greater Swiss Mountain Dog were widely used in central Europe by farmers and tradesmen. to an advocate of the Swiss mountain dogs, geology professor Albert Heim (April 12, 1849 – August 31, 1937).

There is little information about the Greater Swiss Mountain Dog written before 1907. Until 1913, it was only mentioned in reports by exhibition judges, such as Dr. Albert Heim, who is credited with introducing them into official dog breeding. Raber is sure the dogs were present in 1900 as draft dogs for peddlers and people going to market, watch dogs for farmers and drover’s dog for butchers; they were rarely tri-colored. Greater Swiss Mountain Dog was featured in the front page of the Wall Street Journal as he prepared to compete at the Westminster dog show. According to the AKC, Greater Swiss Mountain Dogs are 88th in popularity as a breed.