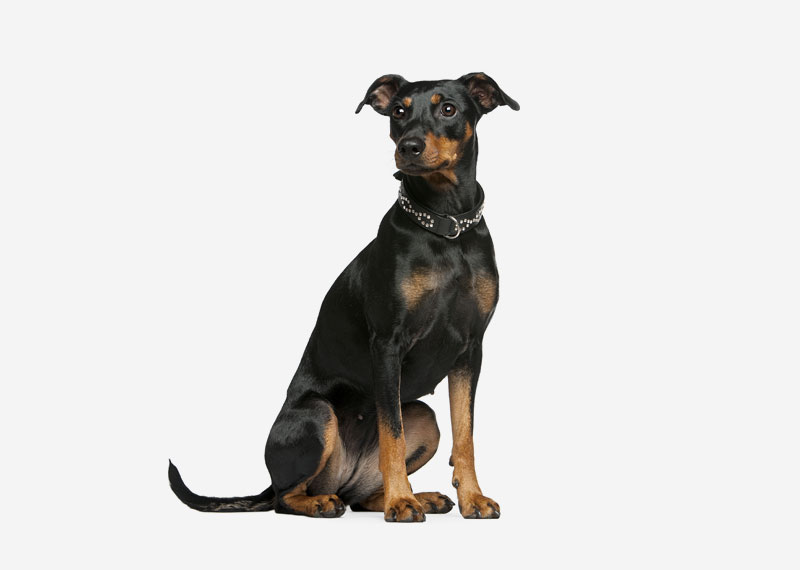 The German Pinscher (original name Deutscher Pinscher, FCI No. 184) is a medium-sized, breed of dog, a Pinscher dog type that originated in Germany. The breed is included in the origins of the Doberman Pinscher, the, the Affenpinscher, the Standard Schnauzer (and, by extension, the Miniature Schnauzer and Giant Schnauzer). The breed is rising in numbers in the U.S., mainly due to their full acceptance to AKC in 2003. In Australia, the breed is established with a rise in popularity becoming evident.