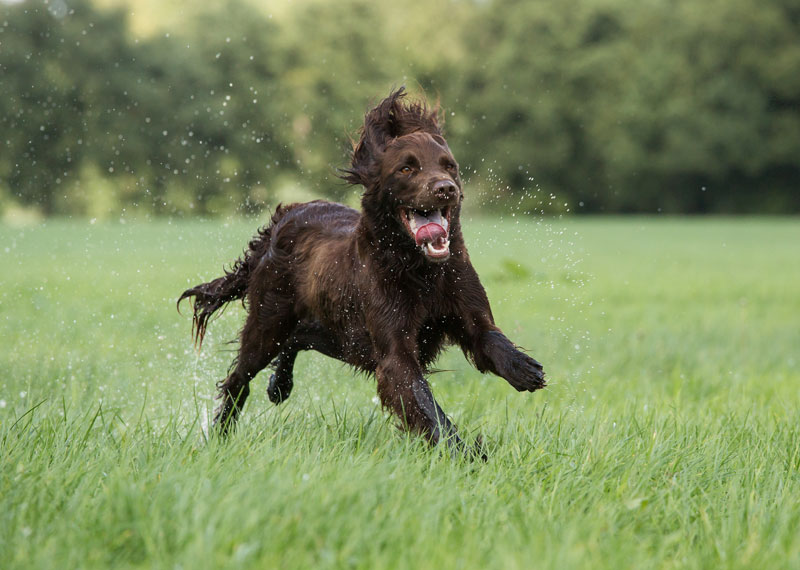 The German longhaired pointer (GLP) is a breed of dog. It was developed in Germany, and is used as a gundog. It is closely related to its cousin, the German Shorthaired Pointer or the GSP.

The GLP was developed in Germany for use as a Pointer. It was originally a rather slow dog, and was crossed with setters and Pointer (dog breed) in the 19th century to improve speed. It was very stubborn and temperamental, and has since been bred for a steady, friendly temperament. It was first Conformation show in 1878 in Frankfurt, and at this time the first breed standard was written. Breeders then began to focus their efforts on producing dogs that performed equally well in the field and the show ring, an endeavour that is continued by breeders today. The Large Munsterlander was developed from the GLP after it was decided that GLPs must only be brown-and-white, the black-and-white strain became the ancestors of the Large Munsterlander.

GLPs, because they are quite rare in most parts of the world, and thus are unprofitable to irresponsible breeders such as puppy mills and backyard breeders, do not have any genetic disorders that are prevalent in the breed. Their ears are mildly prone to infection, a problem which is easily avoided by cleaning the dog's ears on a regular basis, as well as after swimming.