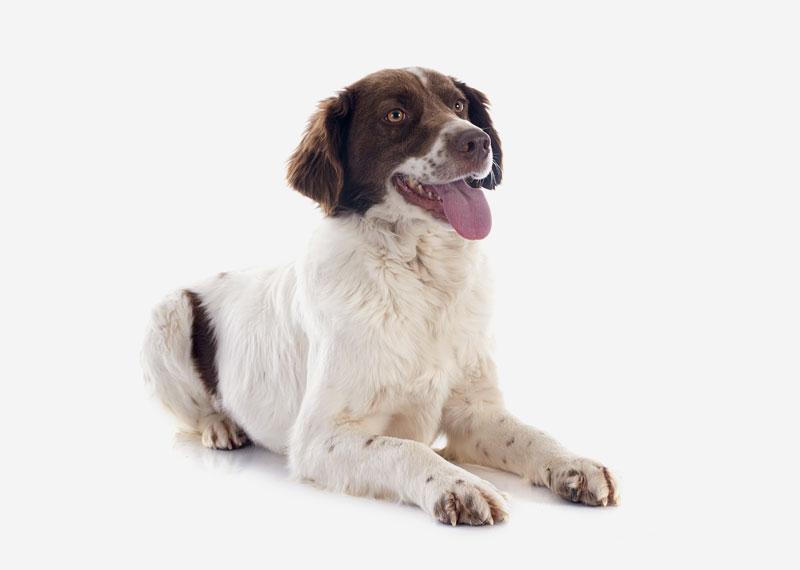 The French Spaniel (Epagneul Français) is a breed of dog of the Spaniel-like setter. It was developed in France and Canada as a hunting dog, descended from dogs of the 14th century. Popular with royalty during the Middle Ages, it nearly became extinct by the turn of the 20th century but was saved by the efforts of Father Fournier, a French priest. One of the largest breeds of Spaniel, it typically has a white coat with brown markings. It is a friendly breed that has few health issues, but can be affected by a syndrome called acral mutilation and analgesia. The breed is recognised by Canadian and international kennel clubs but not by The Kennel Club (UK). The American Kennel Club has included the breed in its Foundation Stock Service, the first step to full recognition.

The breed is robustly healthy with few issues and adapts well to wet weather conditions. A dermatological condition known as acral mutilation and analgesia may affect French Spaniels. It is a newly recognised disorder, with symptoms becoming apparent between three and a half months and a year of age. It was first reported in thirteen dogs in Canada and shares symptoms with the acral mutilation syndromes of the German Shorthaired Pointer, Pointer and English Springer Spaniels. Dogs who are affected will lick, bite and mutilate their extremities resulting in Ulcer (dermatology)s with secondary bacterial infections. Self amputation of claws, digits and Dog anatomys can happen in extreme cases. The majority of the initial dogs identified were Animal euthanasia within days to months of being diagnosed.