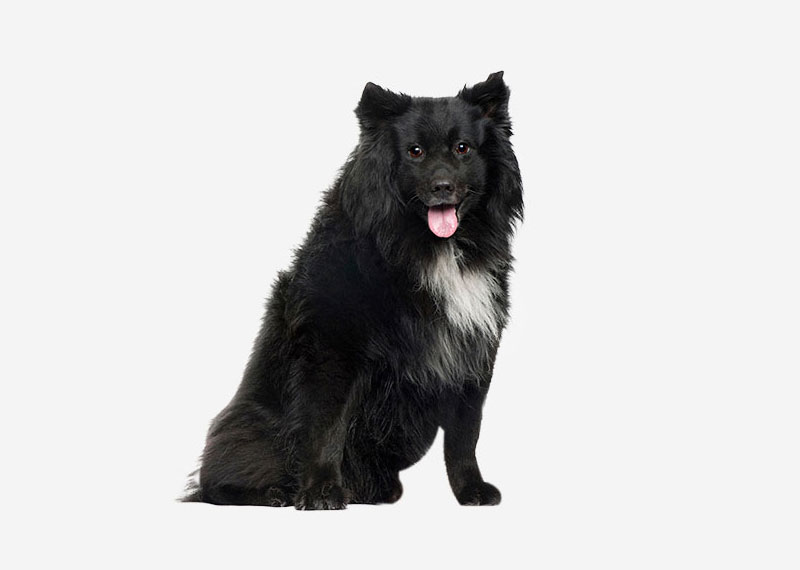 A Finnish Spitz (Finnish language: Suomenpystykorva) is a breed of dog originating in Finland. The breed was originally bred to hunt all types of game from squirrels and other rodents to bears. It is a "bark pointer", indicating the position of game by barking. Barking also makes the game animal focus on the dog, not on the hunter. Its original game hunting purpose was to point to game that fled into trees, such as grouse, and capercaillies, but it also serves well for hunting moose and Red Deer. Some individuals have even been known to go after a bear. In its native country, the breed is still mostly used as a hunting dog. The breed is friendly and in general loves children, so it is suitable for domestic life. The Finnish Spitz has been the national dog of Finland since 1979.

The Finnish Spitz developed from selectively bred Spitz-type dogs that inhabited central Russia several thousand years ago. Isolated Finno-Ugric peoples in the far northern regions bred dogs according to their specific needs. These small clans of woodsmen relied on their dogs to help them obtain food, and the excellent hunting ability of the Finnish Spitz made it a favorite choice.By 1880, as advanced means of transportation brought diverse peoples and their dogs together, Finnish Spitzes mated with other breeds of dogs, and were becoming extinct as a distinct breed. There is no preference for a particular shade as long as the color is bright and clear with no hints of dullness. The coat should never be a solid color. It should be shaded and without any defined color changes. The coat is usually at its darkest shade on the back of the dog, gradually getting lighter around the chest and belly. The undercoat must always be lighter in color than the topcoat, but is never allowed to be white. A small patch of white, no more than 0.6 inches (1.5 cm) wide, is allowable on the chest, and white tips on the feet are acceptable, but not desired.The nose, lips, and rims of eyes should always be black.

Height at withers (American Kennel Club breed standardFinnish Spitzes are considered to interact well with people and they are especially good with children. They are always ready to play with children but if ignored, they will usually walk away. As with all dogs, young children and dogs should always be supervised when together. It is an independent breed and will be attached to its family while remaining aloof with strangers. The Finnish Spitz tends to be protective; males have more domineering traits than females.Most Finnish Spitzes get along well with other dogs in the house. They are bred as a hunting dog and thus are unreliable around small animals, but on an individual basis may live well with cats.

The breed barks at anything perceived to be out of the ordinary. Barking is a major part of their hunting activities. In Finland, these dogs are prized for their barking abilities, which can range from short, sharp barks to many barks per minute that sound like a yodel. The Finnish Spitz can bark as many as 160 times per minute. In Scandinavia, a competition is held to find the "King of the Barkers." In Finland, their barking ability in the field must be proven before a conformation championship can be earned.When used as a hunting companion, the barking is a way to signal the hunter that the dog has located prey in the forest. This breed will not respond well to harsh training methods. They should be trained with a light touch and positive reinforcement methods. With patience and calm yet firm handling, the Finnish Spitz can be a wonderful companion.

The Finnish Spitz is typically a very healthy breed, with few general health concerns. However, breeders should be consulted to understand the prevalence of a specific disorder in this breed. Below is a short list of what is known to occur:

Median lifespan is about 11.2 years.