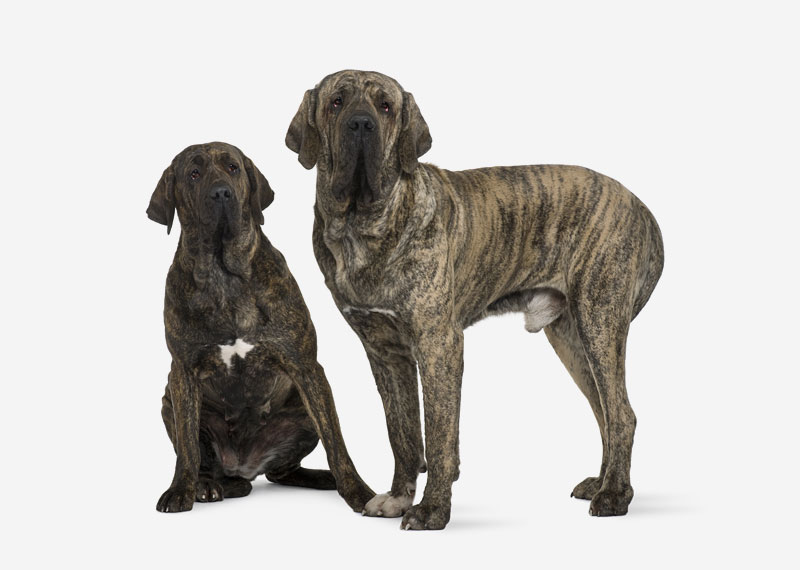 The Fila Brasileiro is believed to have been evolved from a number of breeds,the English Mastiff, the Bulldog, Bloodhound & The Rafeiro do Alentejo. The Fila Brasileiro breed was bred and raised primarily on large plantations and cattle farms where they were originated.They were taught to chase down jaguars, cattle, and other animals, as well as runaway slaves. The dogs would grab the slave or animals by the neck and hold them until the farmer arrived. This instinct can be observed among puppies when they are playing.The first written standard of the breed was edited in 1946. The Paulistas were responsible for organization a planned breeding program, opening a stud book to register dogs. Dr. Paulo Santos Cruz, began to systematically breed the Fila Brasileiro and also contributed largely in setting the CAFIB standard, and who now therefore, has the right to be called the "Father" of the Fila Brasileiro. About the registries, CBKC (Brazilian Confederation Kennel Club) follows the FCI (Federation Cynologique Internationale) policy and accepts for registration only dogs with FCI pedigrees orientating the breeders to make a hip dysplasia control and besides other health problems. The Fila Brasileiro is described as a Brazilian Mastiff or a Brazilian Molosser. In the U.S., the OFA (Orthopedic Foundation for Animals) does a statistical registry of all Filas that were x-rayed to diagnose hip dysplasia. The Brazilian army compared this breed to Doberman Pinschers and German Shepherds in a five year study using these dogs in the jungle under extremely hostile conditions. The following traits were observed: intelligence, aggressiveness, sensibility, temperament, energy, resistance, rusticity and strength. German Shepherds were found to have the highest intelligence and Doberman Pinschers the highest level of aggression. The Fila Brasileiro was found to be superior in every other category.