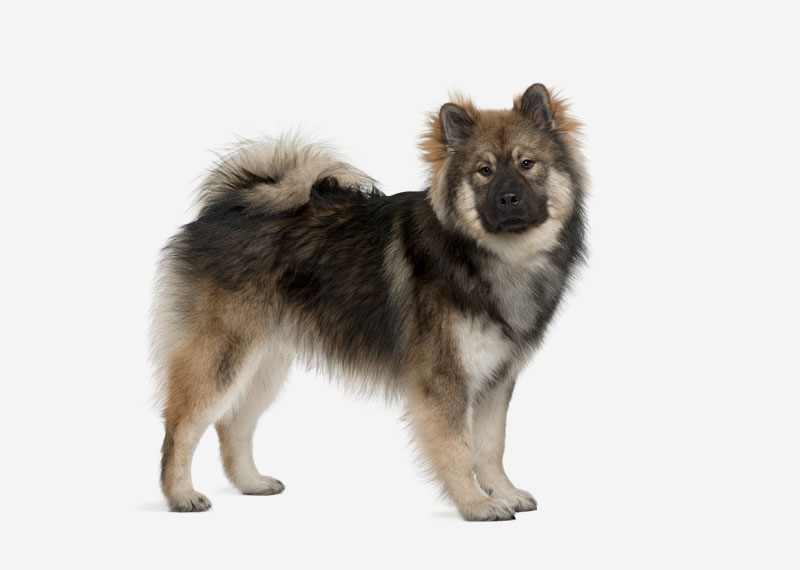 The Eurasier, sometimes referred to as Eurasian, is a breed of dog of spitz type that originated in Germany. It is widely known as a wonderful companion that maintains its own personality, has a dignified reserve to strangers, a strong bond to its family and that is relatively easy to train.

Eurasiers originated in Germany in 1960, when the founder, Julius Wipfel, set out together with Charlotte Baldamus and a small group of enthusiasts to create a breed with the best qualities of the Chow Chow and the Wolfspitz. The initial combination of the breeds resulted in what was first called "Wolf-Chow" and then, twelve years later, after crossing with a Samoyed, was renamed "[Eurasier]" (Eurasian) and recognized by the Fédération Cynologique Internationale in 1973. Nobel Laureate Konrad Lorenz obtained a Eurasier puppy from Charlotte Baldamus, Nanette vom Jaegerhof, whom he called "Babett". He thought her character was the best he had ever known in a dog.Today, unethical breeders sometimes try to pass off a Keeshond/Chow Chow mix as a Eurasier. While they are genetically similar, these mixes cannot be classified as Eurasiers.Eurasiers are still a comparably young breed. The three Eurasier Clubs are in the German Kennel Club VDH / FCI —EKW, KZG, and ZG—therefore strongly direct and supervise breeding in Germany. A group of very dedicated Eurasier Clubs have joined together in the International Federation for Eurasier Breeding (IFEZ) in the FCI. Eurasier puppies bred according to these sound IFEZ guidelines receive an IFEZ certificate.The Eurasier breed was recognized by the Canadian Kennel Club (CKC) in 1995 as a member of Group 3 (Working Dogs).The Kennel Club announced in December 2012 that with effect from April 1, 2013, the Eurasier breed will transfer from the imported register to the breed register.

Eurasiers are generally healthy dogs, though a small gene pool in the breed's early years has led to some hereditary diseases being seen occasionally. Known issues include hip dysplasia, luxating patella, and hypothyroidism, as well as eyelid and lash disorders such as distichiae, entropion, and ectropion.