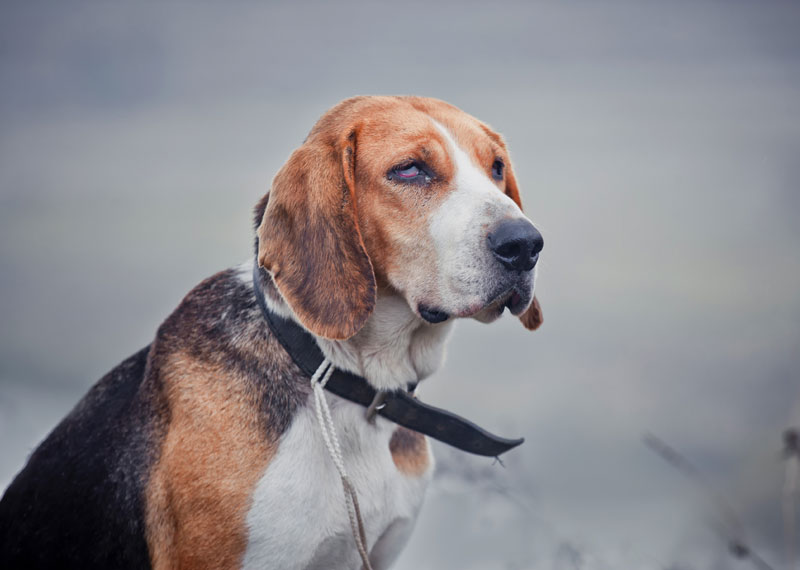 The Estonian Hound (Estonian language: eesti hagijas) is a scent hound-like dog breed which is the only dog breed developed in Estonia. It was bred in 1947 when the Soviet Union's national economy ministry decided that every country in the Union must have its own dog breed.
The Estonian Kennel Union is presently working on the recognition of the breed by the Fédération Cynologique Internationale.

The Estonian Hound is relatively young breed that is already highly valued in Estonia, its country of origin. This breed resulted from the crossbreeding of several foreign dog breeds with local hunting dogs. The Estonian Hound’s development was announced by an ultimatum issued by the Soviet Union’s Ministry of Agriculture and Economy in 1947, which ordered every Soviet Republic to establish a local breed of hunting dogs to replace the large breeds of hunting dogs bred at that moment. These large dogs were blamed for the rapid decline of Estonia’s wildlife population; it was established that only dogs with a maximum height of 17 inches were allowed to hunt. The result was a very agile and hard driven breed that has enjoyed tremendous popularity since then: the modern Estonian Hound. After Estonia proclaimed its independence the Estonian Hound was proclaimed the country’s national dog by the new government.