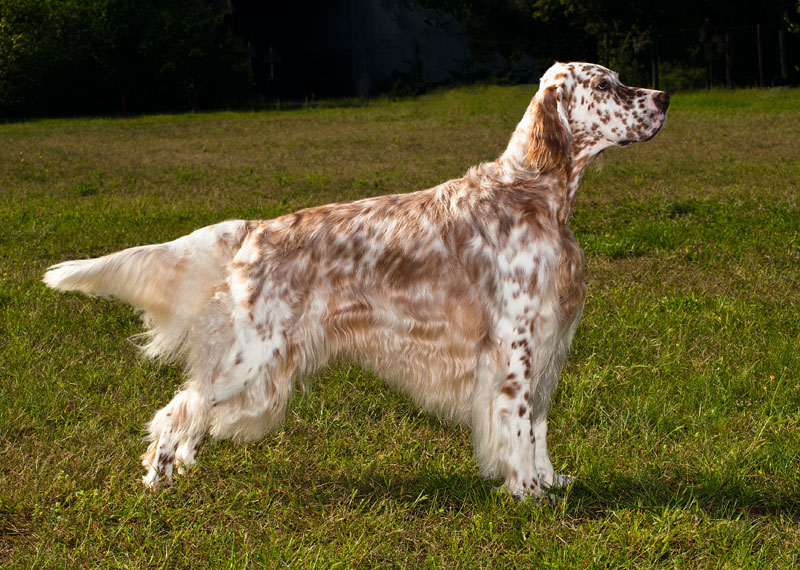 The English Setter is a medium size breed of dog. It is part of the Setter family, which includes the red Irish Setters, Irish Red and White Setters, and black-and-tan Gordon Setters. The mainly white body Coat is of medium length with long silky fringes on the back of the legs, under the belly and on the tail. The coat features flecks of colour, and the different colour varieties are referred to as belton.A gentle but at times strong-willed, mischievous gun dog, bred for a mix of endurance and athleticism, it is used to hunt for game such as quail, pheasant, and grouse. When working, the dog will hunt methodically seeking the airborne scent of its prey. It is sometimes referred to as the Laverack or Llewellin Setter as these were famous strains of the breed during the major development period in the 19th-century. Those from hunting stock are generally of a finer build and with less coat than those bred for conformation show exhibition. Generally reasonably healthy, they have an average life span of 11 to 12 years. The Kennel Club advise UK breeders to screen for Hip dysplasia (canine).