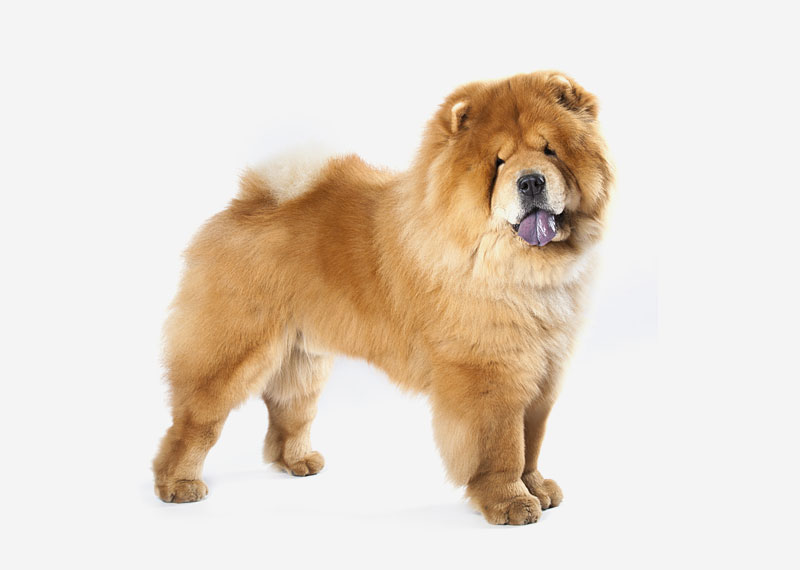 The Chow Chow (sometimes simply Chow) is a dog breed originally from North China China, where it is referred to as Songshi Quan (Pinyin: sōngshī quǎn 鬆獅犬), which means "Foo Dog". The breed has also been called the Tang Quan, "Dog of the Tang Empire." It is believed that the Chow Chow is one of the native dogs used as the model for the Chinese guardian lions, the traditional stone guardians found in front of Buddhist temples and palaces. It is one of the few ancient dog breeds still in existence in the world today.

The Chow Chow can suffer from entropion, glaucoma, juvenile cataracts, lymphoma, Hip dysplasia (canine), diabetes mellitus, canine pemphigus, and gastric cancer. Chow Chows are a high risk breed for autoimmune disease and are at a predisposition for skin melanoma.Due to the Chow Chow's thick coat, fleas can be a problem.