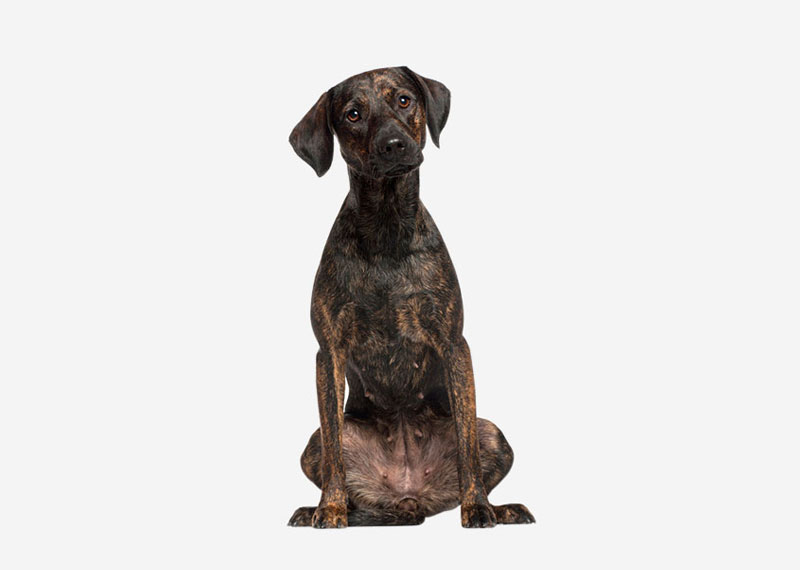 The Catahoula Cur is an American dog breed named after Catahoula Parish, Louisiana, in the state of Louisiana, in the United States. After becoming the state dog of Louisiana in 1979, its name was officially changed to Louisiana Catahoula Leopard Dog. The Catahoula is believed to be the first dog breed developed in North America. The breed is sometimes referred to as the "Catahoula Hound" or "Catahoula Leopard Hound", although it is not a true hound, but a cur. It is also called the "Catahoula Hog Dog", reflecting its traditional use in hunting wild boar.

The history of the Catahoula dog breed extends from prehistory through modern times, in the early 21st century. Both the Catahoula lineage and the origins of the name "Catahoula" are uncertain, however there are various theories.One theory posits that the Catahoula is the result of Native Americans having bred their own dogs with molossers and greyhounds brought to Louisiana by Hernando de Soto (explorer) in the 16th century. As for the aforementioned Native American dog breeds, for a time it was believed that they were bred with or from Red wolf, but this idea is not supported by modern DNA analysis. Several recent studies have looked at the remains of prehistoric dogs from American archaeological sites and each has indicated that the genetics of prehistoric American dogs are similar to European and Asian domestic dogs rather than wild New World canids. In fact, these studies indicate that Native Americans brought several lines (breeds) of already domesticated dogs with them on their journeys from Asia to North America.Another theory suggests that the breed originated three centuries later, some time in the 19th century, after French settlers introduced the Beauceron to the North American continent. The French told of strange-looking dogs with haunting glass eyes that were used by the Indians to hunt game in the swamp., and the theory states that the Beauceron and the Red Wolf/war dog were interbred to produce the Catahoula.There are two theories regarding the origin of the word 'Catahoula.' One theory is that the word is a combination of two Choctaw words 'okhata', meaning lake, and 'hullo', meaning beloved. Another possibility is that the word is a French transformation of the Choctaw Indian word for their own nation, 'Couthaougoula' pronounced 'Coot-ha-oo-goo-la'.(Don Abney)In 1979, Governor Edwin Edwards signed a bill making the Catahoula the official state dog of Louisiana in recognition of their importance in the history of the region.

Deafness is one of the major genetic flaws in Catahoulas and associated with individuals that are excessively white in color and deafness attributed to a lack of melanocytes. A Catahoula that is predominantly white, has an 80% chance of being bi-laterally deaf or uni-laterally hearing.
Hearing in one ear is referred to as "directional deafness". Breeders are not readily willing to allow deaf Catahoulas to leave their premises and will generally Euthanasia the deaf pups (there are groups setting out to rescue deaf pups).

A concern with many breeds, Hip dysplasia (canine) is dependent on the gene pool and good breeders. The Orthopedic Foundation for Animals and PennHIP can help determine whether a specific individual is prone to hip dysplasia through radiographs. Catahoulas are no more apt to have this orthopedic problem than other breeds.