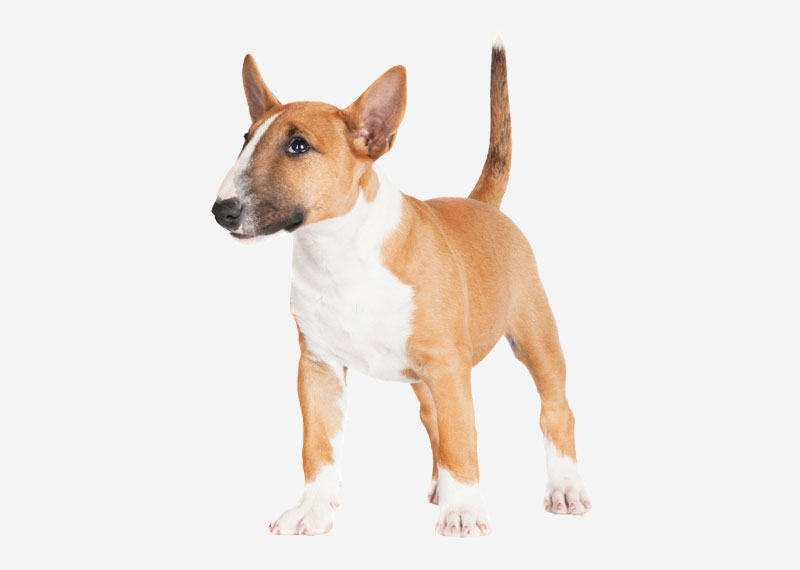 The Bull Terrier (Miniature) is a dog breed with origins in the English White Terrier, the Dalmatian and the Bulldog. The first existence is documented 1872 in The Dogs of British Island.

Miniature Bull Terriers are generally quite healthy, but there are hearing, eye, skin, kidney, heart and knee problems in some dogs.
Deafness occurs in both coloured and white Bull Terrier (Miniature). Puppies can be born unilaterally deaf (deaf in one ear) or bilaterally (deaf in both ears.) Deaf dogs should not be bred due to deafness being hereditary. BEAP (or BAER) testing is done on puppies prior to sale to discover which puppies have hearing problems.Bull Terrier (Miniature) are also susceptible to having luxating patellas. This is a knee problem common in small dogs. It can be treated by surgery.Polycystic kidney disease (PKD) and Bull Terrier hereditary nephritis (BTHN) are autosomal dominant diseases. PKD is diagnosed by Ultrasonic scan by a specialist veterinarian. BTHN is diagnosed by a UPC test. Dogs with a score of .3 or below are considered clear of the disease. Clearing breeding stock prior to use ensures that progeny are not affected with the disease.Miniature Bull Terriers are also susceptible to eye problems such as primary Eye proptosis. PLL is a late onset disease which typically affects dogs between the ages of 3 and 7. Younger and older cases are known. During September 2009 a definitive DNA test was released by the Animal Health Trust. This test gives three results: Clear, Carrier, Affected.Aortic valve stenosis and mitral valve dysplasia are heart diseases. Diagnosis is made by colour doppler echocardiography scanning by a specialist veterinarian.The skin of a Miniature can be a problem. Pyotraumatic dermatitis (Hot spot (veterinary medicine)), allergic reactions, and hives can be problematic.
UK and US breed surveys shows an average lifespan of 10-14 years.s 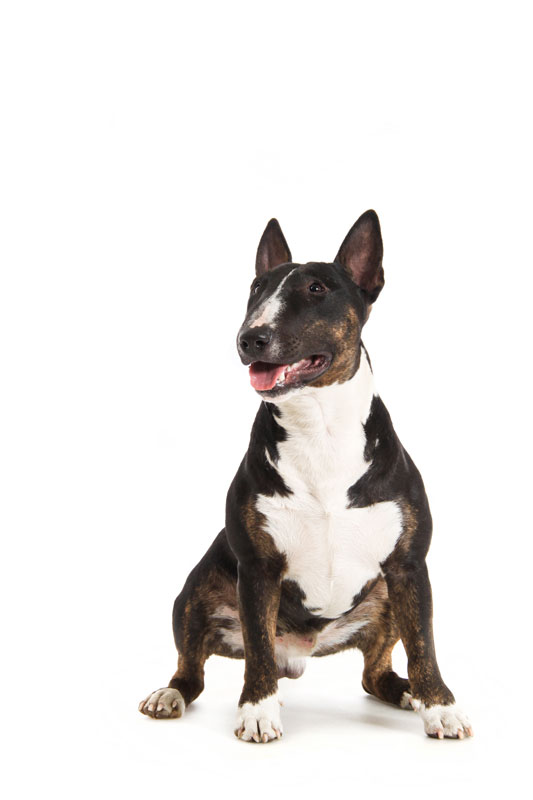