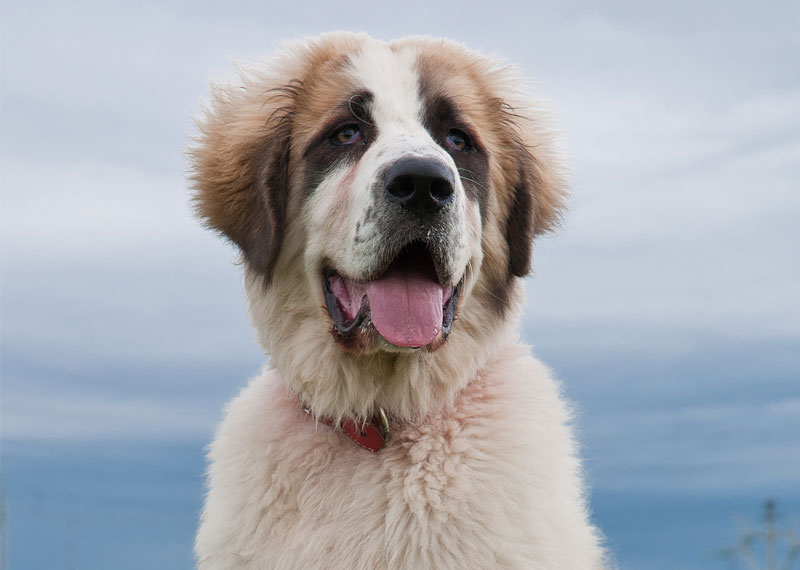 The Bucovina Shepherd (Caine Ciobanesc de Bucovina) is a strong and rustic dog which was for many centuries the best partner and companion for the Romanian shepherds in the Carpathian Mountains. The original purpose of this Mountain dog was to guard and protect the herds against predators (wild animals or thieves). Bucovina Shepherd Dogs have become appreciated by people living in cities, who keep them as watch dogs or just as pets, because of their balanced temperament and the kindliness they show to children. There are three types of Romanian shepherd dogs: Mioritic (old name Barac), Carpatin (old name Zăvod) and Bucovina Shepherd. In the Fédération Cynologique Internationale, this breed is known as the Southeastern European Shepherd.

The Bucovina Sheepdog is a native breed from the Carpathian Mountains, in Bucovina in the North-East of Romania. In this region, this breed’s individuals are used with great success for guarding herds and property. This dog is also known as Dulau (shepherd’s dog) or Capau.
The first standard was written in 1982 and updated in 2001 by the Asociatia Chinologica Romana (Romanian Kennel Club). The present standard, dating from March 29, 2002, was written and updated according to the model established by the 1987 FCI General Assembly from Jerusalem.The Bucovina Shepherd is only provisionally accepted by the FCI, while its cousins are officially recognised already.