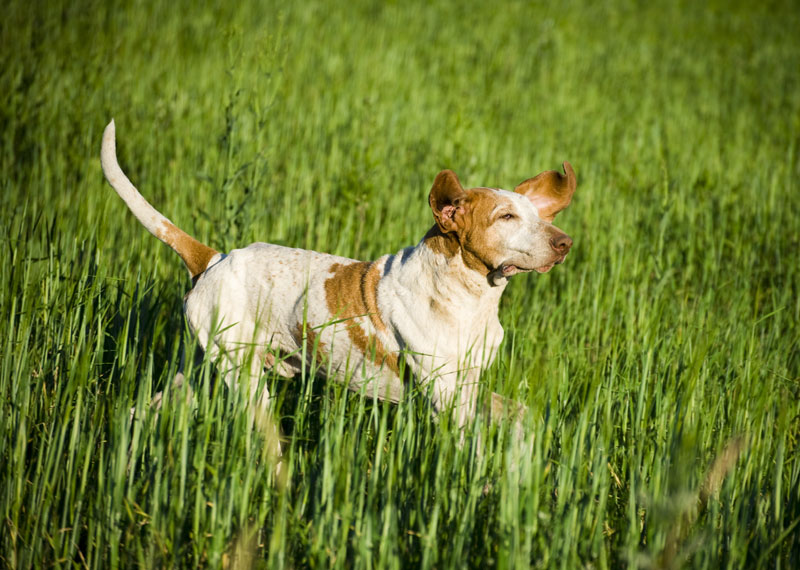 The Bracco Italiano is a breed of dog developed in Italy as a pointing breed.

The Bracco Italiano originated in Italy, and there are writings concerning the breed that date back to the 4th and 5th centuries BC. It is believed to be a cross between a Segugio Italiano (a coursing hound) and the Asiatic Mastiff. Others claim the breed goes back to the St. Hubert Hound. Undoubtedly, both hounds and gundogs are in the breed's ancestry for there was an old practice of mating these together to produce a dog capable of pointing, but with more stamina.There are two variations of the breed. The first originated in Piedmont, and was for that reason known as the Piedmontese Pointer. The other originated in Lombardy, and was known as the Lombard Pointer. The Bracco from Piedmont is lighter in color and build than the Lombard variety, probably due to the mountainous terrain there. It was well established by the Middle Ages. The Bracco thrived during the Renaissance and was bred by both the Medici and House of Gonzaga families.They were sought out by the aristocracy and used to hunt feathered game. At the end of the 19th century and the early 20th century the breed nearly became extinct. Later, it was saved primarily by the combined efforts of the Italian breeder Ferdinando Delor de Ferrabouc and - during the later World Wars - of a few staunch Italian breeders whose families had already dedicated themselves to the Bracco over several centuries.The Italian standard for the breed was released in 1949 from the S.A.B.I. (Societá Amatori Bracco Italiano) in Lodi, Lombardy. It came to England in 1989. 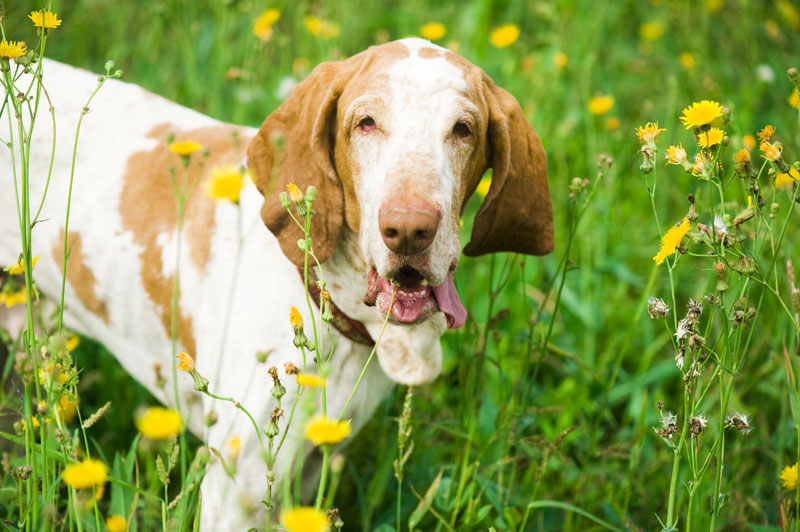