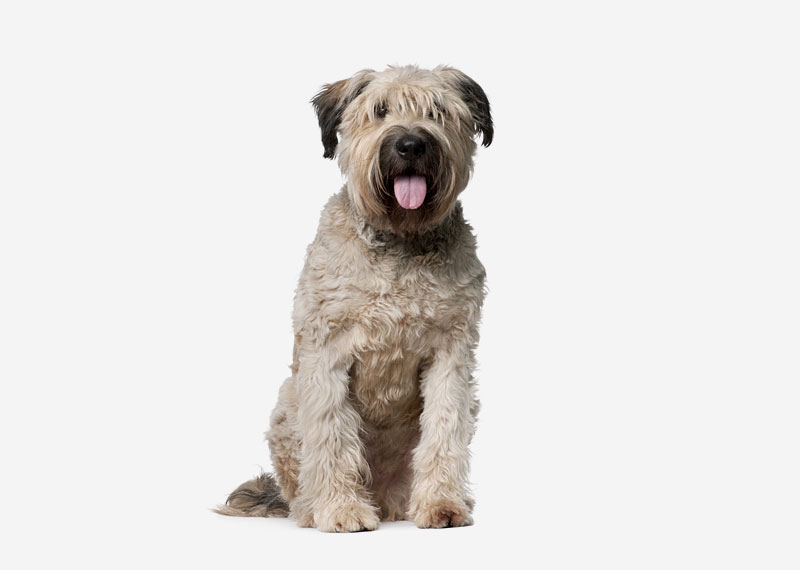 The Bouvier des Flandres is a herding dog dog breed originating in Flanders. They were originally used for general farm work including cattle Drover (Australian), Livestock guardian dog, and dogcart (dog-drawn), and nowadays as guard dogs and police dogs, as well as being kept as pets. The French language name of the breed means, literally, "Cow Herder of Flanders", referring to the Flemish origin of the breed. Other names for the breed are Toucheur de Boeuf (cattle driver), Vlaamse Koehond (Flemish cow dog), and Vuilbaard (dirty beard).

The monks at the Ter Duinen monastery in Flanders were among the earliest known breeders of Flanders. The bouviers bred by them are recorded as having been bred from imports such as Irish wolfhounds and Scottish deerhounds with local farm dogs, until a breed considered to be the predecessor of the modern Bouvier des Flandres was obtained. This became a working dog able to perform tirelessly, herding and guarding cattle and even pulling cargo carts, thanks to its strength and temperament, and to withstand the local weather conditions due to its thick coat.Historically, the ear cropping and tail docking could have been done for practical reasons, avoiding accidental amputations in the course of work or to indicate the dog was working stock and not a pet subject to taxation. In the area of origin (Flanders, Belgium) cropping was made illegal in 2006. The weight of males ranges from 80 to 120 pounds or 36 to 54 kilograms, slightly smaller for females. They are powerfully built, with a thick coat#Texture, which can be fawn, black, grey brindle or "pepper and salt" in color. Bouviers are sometimes considered non-shedding, but in fact do lose hair, like all dogs. Most of the hair that they lose is caught within the double coat which results in matting. They require weekly brushing and combing to maintain the coat. In addition to weekly brushing, the coat should be trimmed approximately every 3–5 weeks if it is to be a show dog. Trimming requires practice to achieve the proper look.

Bouviers des Flandres are rational, gentle, loyal, and protective by nature. The breed's particular blend of characteristics makes them good family pets, as well as keen guard dogs. Unlike some animals bred for aggressive nature and power, the Bouvier possesses sophisticated traits, such as complex control, intelligence, and accountability.The Bouvier des Flandres is an obedient dog with a pleasant nature. They look intimidating, but are actually calm and gentle. They are enthusiastic, responsible, even-tempered, and fearless, and are excellent guard and watchdogs that are easy to train. This breed learns commands relatively fast. However, Bouviers get bored easily and learn best when repetition is limited.They require well-balanced training that remains consistent in nature. Without being harsh, it is important to consistently make the dog aware that the owner will remain the boss. This breed needs an experienced owner to prevent dominance and over-protectiveness problems. These dogs poorly trained can become inappropriately dominant towards humans. An un-socialized Bouvier can become fearful and pose a problem when introduced to new situations in which they do not feel comfortable.Bouviers should be socialized well, preferably starting at an early age, to avoid shyness, suspiciousness, and being overly reserved with strangers (although the breed is naturally aloof with strangers). Protection of the family when danger is present is not something that needs to be taught, nor is it something one can train out of them. The dog will rise to the occasion if needed. A good family dog, the Bouvier likes, and is excellent with, children. The Bouvier is very adaptable and goes about its business quietly and calmly. Obedience training starts when they are young. Their behavior depends on the owner's ability to communicate what is expected, and on the individual dominance level of the dog. They are usually good with other dogs if they are raised with them from puppyhood. Dominant individuals can be dog-aggressive if the owners are not assertive and do not communicate to the dog that fighting is unwanted. Slow to mature both in body and mind, the Bouvier does not fully mature until the age of 2–3 years. 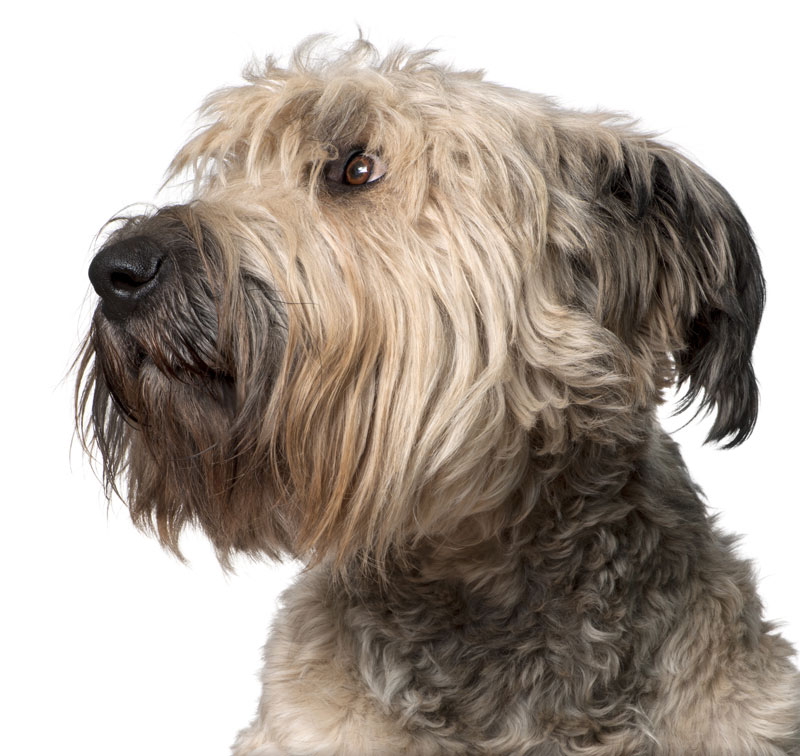