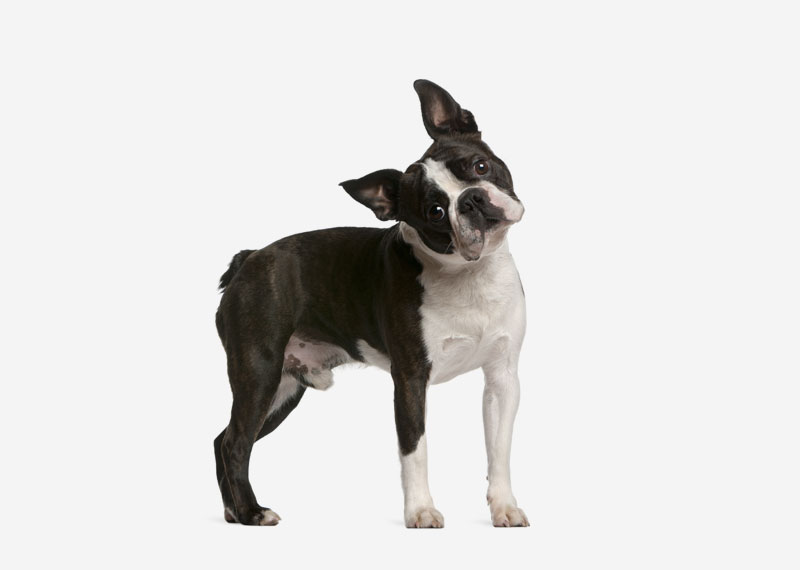 The Boston Terrier is a breed of dog originating in the United States of America. This "American Gentleman" was accepted in 1893 by the American Kennel Club as a non-sporting breed. Color and markings are important when distinguishing this breed to the AKC standard. They should be either black, brindle or seal with white markings. They are friendly and can be stubborn at times. The average life span of a Boston is around 11 to 13 years, though some can live well into their teens.

The Boston Terrier breed originated around 1870, when Robert C. Hooper of Boston, purchased a dog Judge from Edward Burnett known later as Hooper's Judge, who was of a Bull and Terrier type lineage. Hooper's Judge is either directly related to the original Bull and Terrier breeds of the 18th and early 19th centuries or Judge is the result of modern English Bulldogs being crossed into terriers created in the 1860s for show purposes, like the White English Terrier.Judge weighed over 27.5 pounds (13.5 kilos). The offspring interbred with one or more French Bulldogs, providing the foundation for the Boston Terrier. Bred down in size from List of dog fighting breeds of the Bull and Terrier types, the Boston Terrier originally weighed up to 44 pounds (20 kg.) (Olde Boston Bulldogge).

=According to international breed standard, the dog should weigh no less than 10 pounds and no more than 25 pounds. Boston Terriers usually stand 15-17 inches at the withers. Their usually sensible attitude towards barking makes them excellent choices for apartment dwellers. Having been bred as a companion dog, they enjoy being around people, and if properly socialized, get along well with children, the elderly, other canines, and non-canine pets.Bostons, along with Pug, Shih Tzu and other short-snouted breeds are Cephalic_index#Brachycephalic_animals breeds. The word comes from Greek roots "Brachy" meaning short and "cephalic" meaning head. This anatomy can cause tiny nostrils, long palates and a narrow trachea. Because of this, Bostons may be prone to snoring and
Reverse sneezing, a rapid and repeated forced inhalation through the nose, accompanied by snorting or gagging sounds used to clear the palate of mucus, which does not harm the dog in any way. Brachycephalic dogs may be prone to complications with general anesthesia. To decrease this risk, the owner should seek an experienced and knowledgeable vet to perform any necessary surgeries. The best way to stop the dog from reverse sneezing is to rub their necks.Bostons frequently require caesarean section to give birth, with over 90% of litters in a UK Kennel Club survey delivered this way. 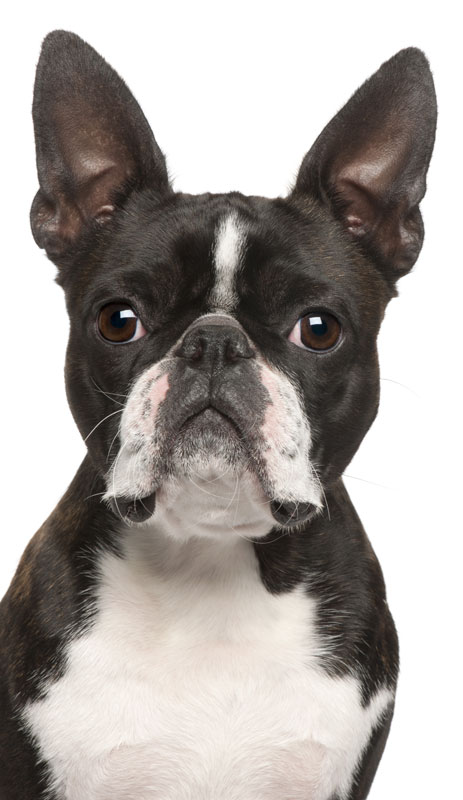