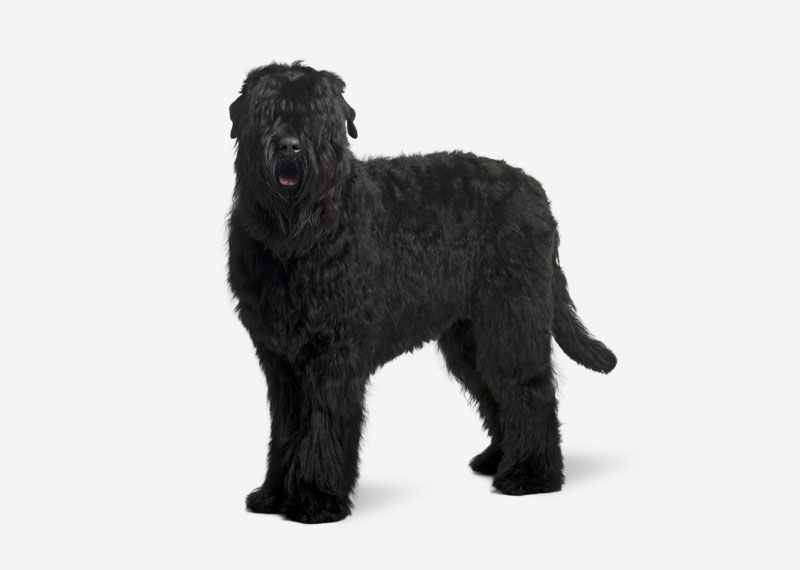 The Black Russian Terrier, abbreviated as BRT or Stalin's dog (Sobaka Stalina) is a dog breed of dog, developed to serve as guard dog and police dog. It is rare outside the countries of the former Soviet Union but beginning to be formally recognized elsewhere: in July 2004, for instance, it became one of the American Kennel Club recognized breeds due to the efforts of Trident Kennels now located in Oregon.Despite its name, the Black Russian Terrier is not a true terrier: it is believed that about twenty breeds were used in its development, including the Airedale Terrier, the Giant Schnauzer, the Rottweiler, the Newfoundland dog, the Caucasian Shepherd Dog and the now extinct Moscow Water Dog.

The Black Russian Terrier was developed in the former Soviet Union by the state for use as a military/working dogs. The breeding stock was largely imported from the occupied countries, especially East Germany. Breeds used in the development include the Airedale Terrier, Caucasian Ovcharka, Newfoundland, Giant Schnauzer and Standard Schnauzers and the now extinct Moscow Water Dog. BRT were bred for working ability, rather than appearance, and early examples only resembled today's Black Russian Terrier in their build and coat type. The BRT was bred solely by the state owned Red Star Kennel until 1957, when some puppies were sold to civilian breeders. These breeders began to breed for looks (as the original was rather plain) while retaining working ability. In time, the breed spread to the Balkans, Ukraine, and Siberia, and later to Finland, Hungary, Czechoslovakia, and the United States.The breed was recognized by the Fédération_Cynologique_Internationale in 1984. On July 1, 2004, it was recognized by the American Kennel Club [AKC] in the Working Group. The Canadian Kennel Club has the Black Russian Terrier as a "listed" (formally Miscellaneous Class) breed in the Working Group.

The Black Russian Terrier is a generally healthy and somewhat long-lived dog (lifespan of 10–14 years), however it is prone to certain Genetic disorder:Major concerns* Hip dysplasia (canine)
* Elbow dysplasia
* HyperuricosuriaMinor concerns* Progressive retinal atrophy (PRA) In an interview with Optigen staff in 2012, they do not recall ever having a Black Russian Terrier reported to them.This is why it is extremely important to screen any potential breeders as well as their breeding stock. A well intended breeder will have all health checks on all breeding stock before making the decision to breed their dogs. While health checks on breeding stock can not guarantee a puppy will not develop any health issues later on, it is important to "do your homework" on any potential breeder. 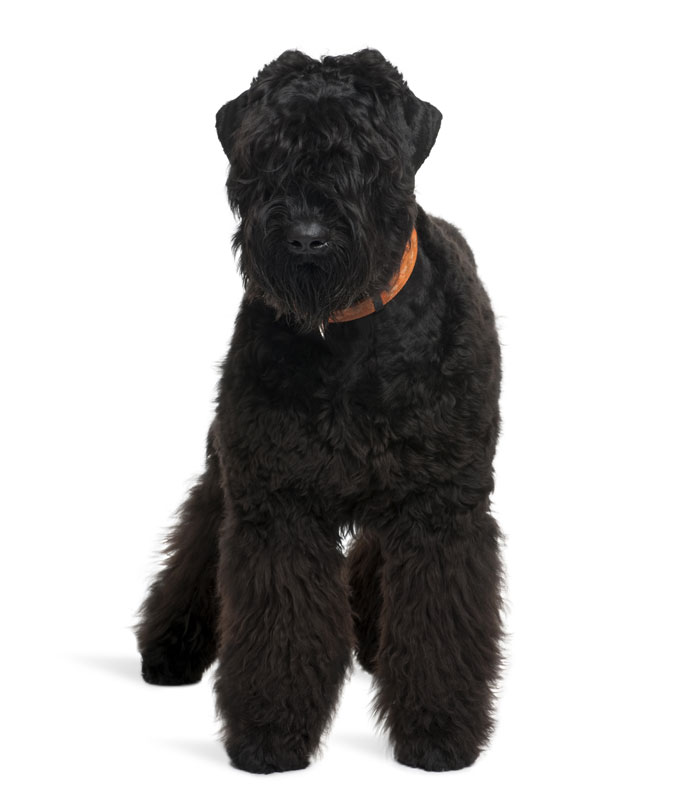 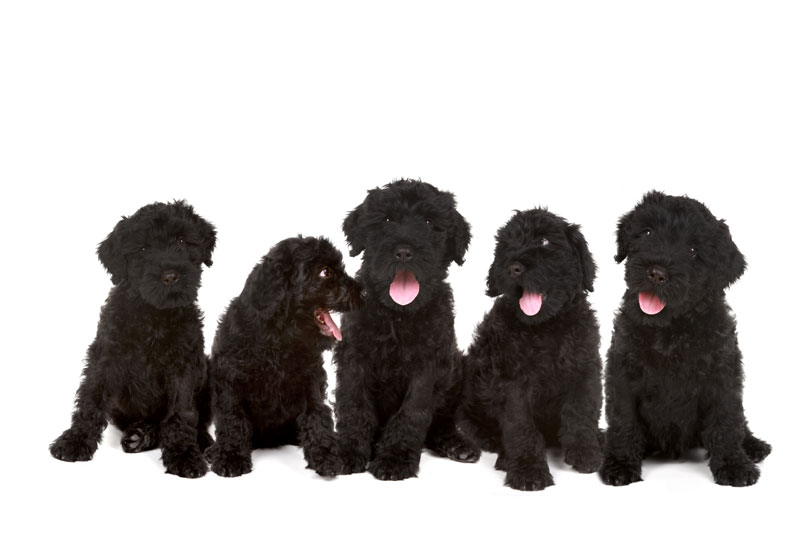