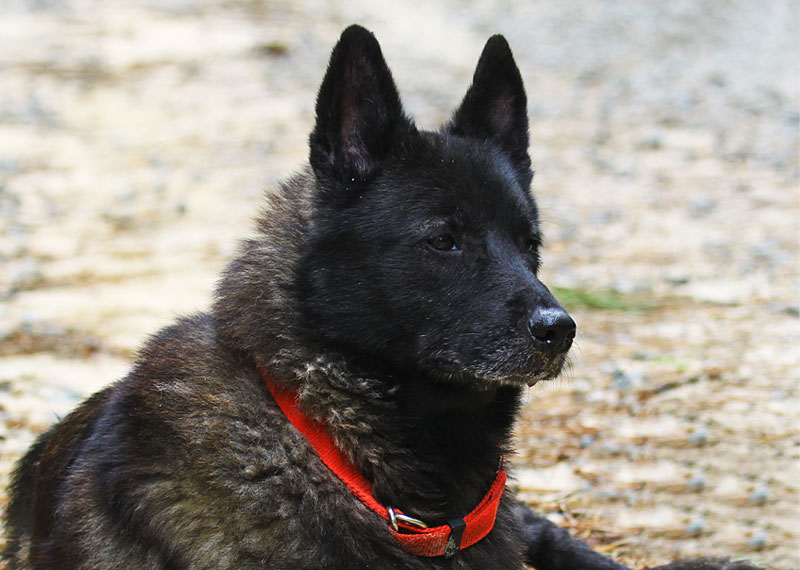 The Black Norwegian Elkhound (Norsk Elghund Sort) is a modern variant of the Grey Norwegian Elkhound. It is a small Spitz breed and is very rare outside the Nordic countries of Scandinavia. It is bred for the same purpose as the Grey Norwegian Elkhound but is smaller, more agile, and easier to recognize in the snow. Historically, it is a much "younger" breed, first bred in Norway during the early 19th century. It is classified by the Fédération Cynologique Internationale as a hunting dog, although it is also used as a watchdog, guarddog and herder.The American Kennel Club breed name "Elkhound" comes directly from its original Norwegian name "Elghund" meaning "moose dog." In Norwegian, "elg" refers to the animal English speakers know as a "moose", and "hund" means "dog."