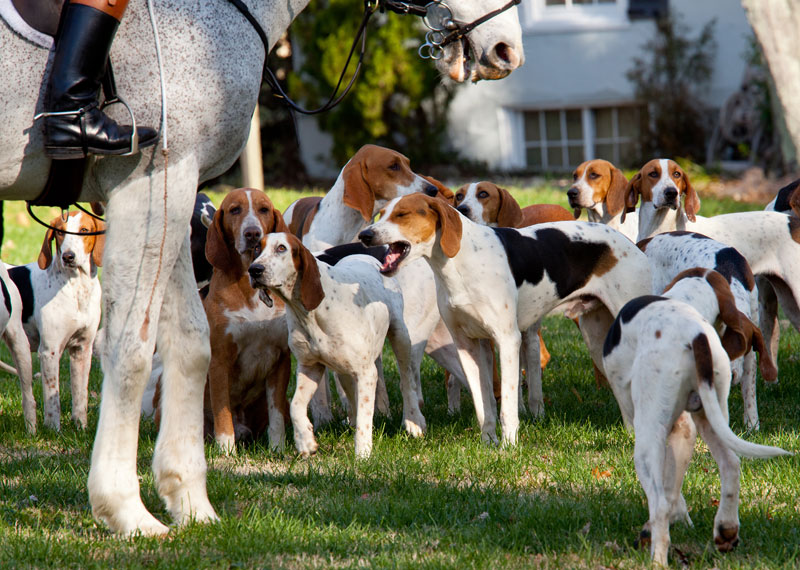 The Black And Tan Virginia Foxhound is an United States dog breed; one of four foxhound breeds. In the 18th century it was crossbred with the Bloodhound, and gave rise to the Black and Tan Coonhound. It is also good for fox hunting.

The Black and Tan Virginia Foxhound is an American foxhound breed. It resulted of a cross breed with Bloodhounds in the 1700s. The breed was developed by the landed gentry in order to get a dog suitable for fox hunting, so most American foxhounds were born. Besides the Black and Tan there are the Walker Foxhound, Calhoun, Penn-Marydel, Goodman Foxhound, July and Trigg Foxhound. The Black and Tan is believed to descend form hunting dogs imported to America by Robert Brooke, Sr. in 1650. These hunting dogs were the ancestors of several varieties of American hounds and stayed with the Brooke family for more than 300 years. Afterwards French Foxhounds were bred in after George Washington received them as gifts from the Marquis de Lafayette. Much later, the breed's speed and stamina were improved introducing Irish Foxhounds.