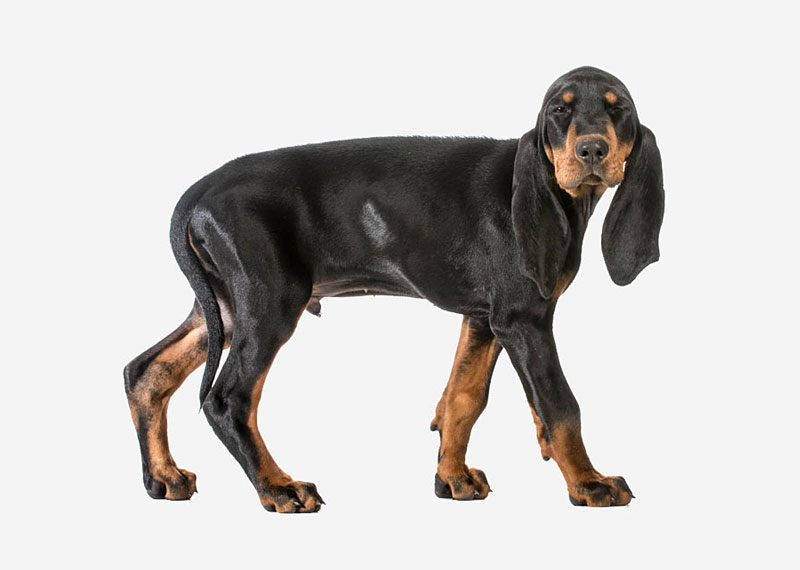 The Black and Tan Coonhound is a breed of dog used principally for trailing and treeing raccoon. It's a cross between the Bloodhound, and the Black and Tan Virginia Foxhound. The Black and Tan Coonhound runs its game entirely by scent. The courage of the Coonhound also make it proficient on the hunt for deer, bear, cougar and other big game, although many US states are restricting the hunting of antlered animals with dogs. The general impression is that of power, agility and alertness, with the ability to cover ground swiftly with powerful rhythmic strides. Each hound has its own distinctive voice which is often recognizable to its owners from great distance. 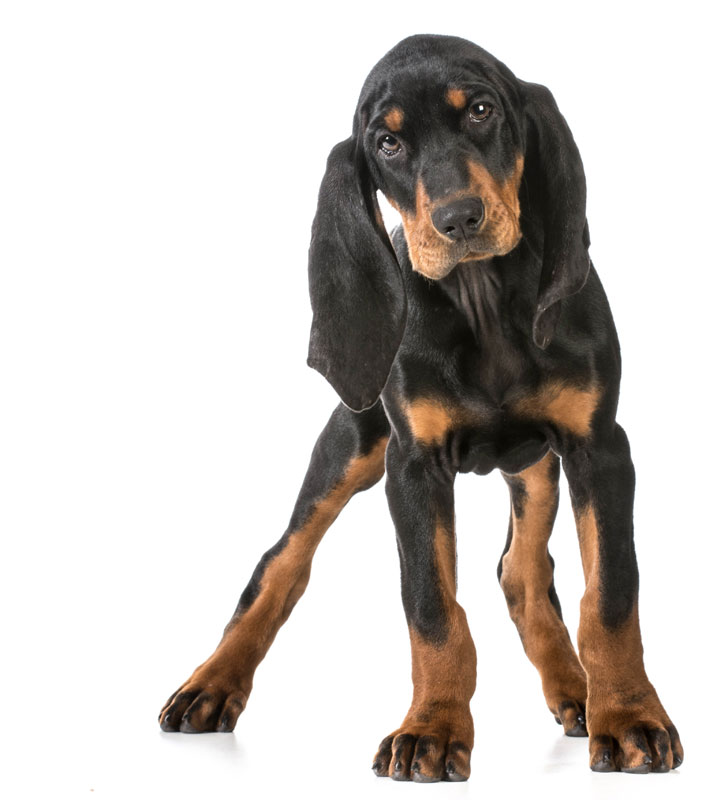